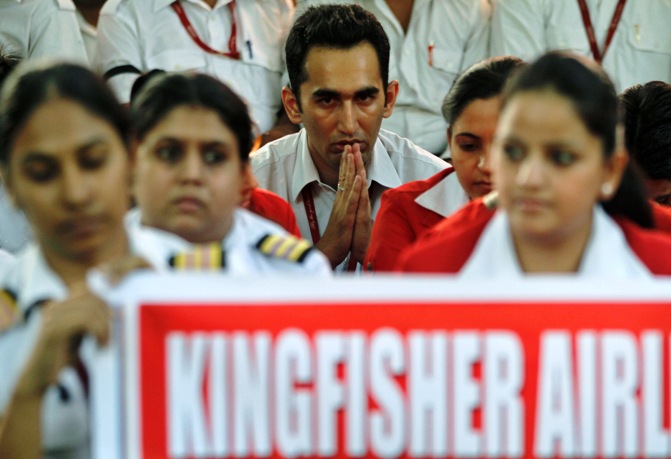 Image: Employees of Kingfisher Airlines take part in a protest against the company in New Delhi.
Photographs: Reuters Antonita Madonna in Bengaluru

Employees of Kingfisher Airlines have sought to file a first information report against Chairman Vijay Mallya for not being paid salaries for 17 months.

The employees in Delhi have on Monday spearheaded an indefinite hunger strike in the capital and have called on colleagues nationwide to join in the protests with their families at Jantar Mantar. 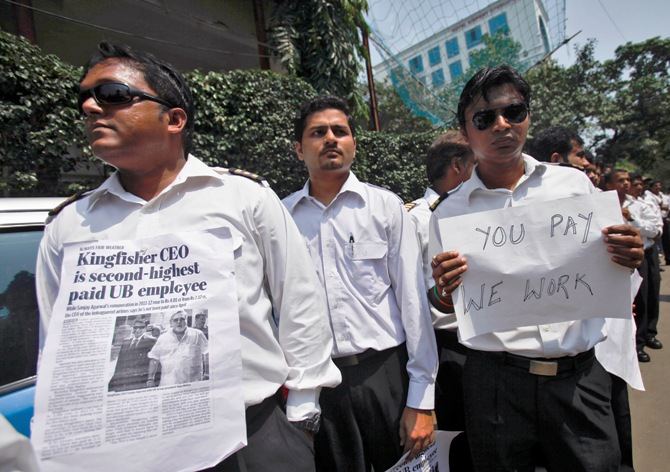 Image: Employees of Kingfisher Airlines hold posters during a protest against the company near the domestic airport in Mumbai.
Photographs: Vivek Prakash/Reuters

The employees of the grounded carrier, reeling under debt of over Rs 7000 crore (Rs 70 billion), said they have written to the commissioner of Delhi Police seeking action against Mallya on grounds of abetment to suicide, exploitation, fraud and breach of trust.

Employees in other parts of the country have been asked to follow suit in their locations.

While a source in the police department said the case for an FIR remains thin, the Delhi Police has not officially responded to the employees. 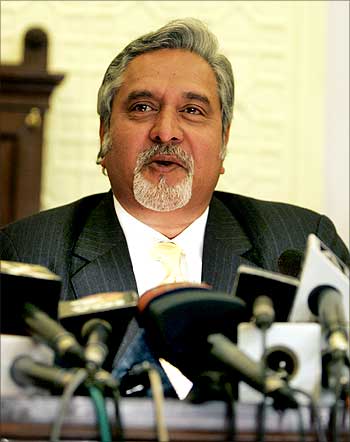 The wife of a Kingfisher employee had committed suicide last year citing financial stress after her husband was not paid salaries for months, even before the airline was grounded in October last year.

The directorate general of Civil Aviation had cancelled the airline's license to fly when engineers did not certify airworthiness post safety checks, in protest for nonpayment of dues.

Mallya now has a two-year window to renew the licence and has been repeatedly insisting that a potential suitor is keen on investing in the airline.