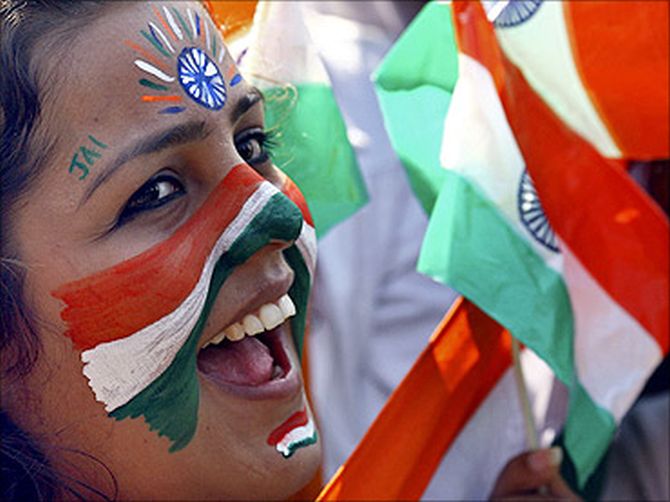 Image: The economy is on a bend.
Photographs: Reuters BS Reporters in Mumbai

The economy is on a bend, with the gross domestic product growth likely to expand six per cent next financial year and by eight-nine per cent in the next three years.

And, all this is possible due to a strong ecosystem set up by the government over the past 10 years, according to Union Commerce, Industry & Textiles Minister Anand Sharma.

Speaking at the Business Standard Annual Awards function, which was attended by the who’s who of industry, Sharma said the economy grew from $500 billion to about $2 trillion in the past decade, while per-capita income nearly trebled.

“This is a feat which few countries have been able to achieve,” he added. 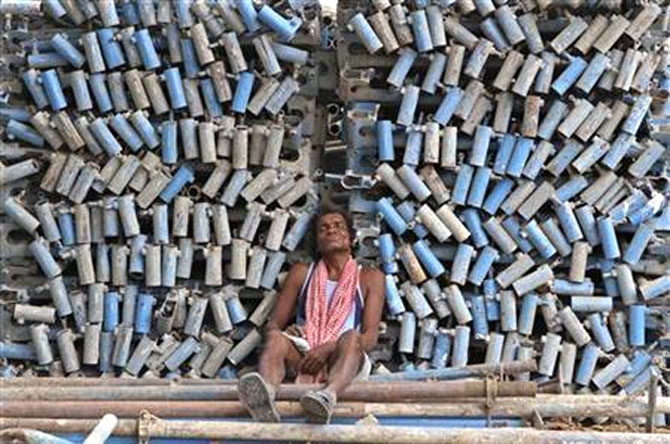 Image: The country pulled 140 million people out of poverty, which was the fastest decline in poverty in post-Independence India.
Photographs: Babu/Reuters

However, all these positives, he said, had been ignored by many people, in the shrillness of criticism about India’s economic slowdown in the post-Lehman era.

“Many of these achievements have not been projected properly.

“We should not dent the self-confidence of the next generation by talking only about negativity,” he added.

The country pulled 140 million people out of poverty, which was the fastest decline in poverty in post-Independence India.

Also, life expectancy for men increased by five years and for women by six years; not a single bank or insurance company failed. 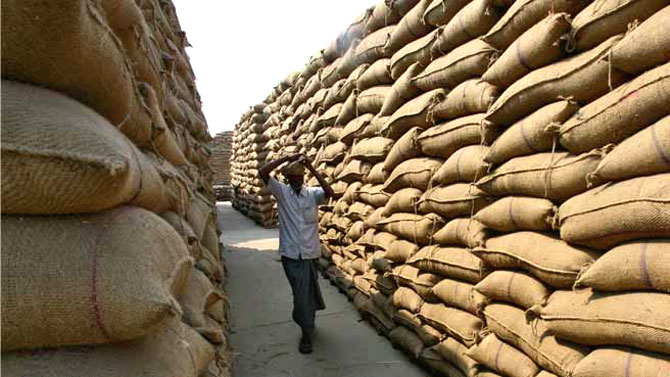 On the recent rise in the rupee’s value vis-a-vis the US dollar, Sharma said many people attributed it to speculation about a future recovery while ignoring the improving fundamentals of the economy.

“We have been able to contain the current account deficit to below $45 billion.

“That has happened and is not something which is up in the air,” he added.

The rupee made a dramatic recovery in recent weeks and crossed the 60-a-dollar mark on Friday.

Sharma said the government had taken many steps to promote business, including rolling out the National Manufacturing Policy, which would generate millions of skilled jobs in the country.

“We are setting up 16 manufacturing zones or cities in the country that are being developed in association with the state governments.

“The largest of these zones is 960 km and the smallest city 52 km long.

The Delhi-Mumbai Industrial Corridor has been acknowledged as the most innovative project of the world by the World Bank,” he said.

“We will be creating airport and port cities and I will urge all of you to visit these places and invest,” he told the gathering of India’s top business leaders and bankers.

On the ecosystem created by the government, Sharma said the entire Director General of Foreign Trade had been digitised.

And soon, to make doing business in the country easier, India would fully digitise the environment and central and excise departments, too, he added.