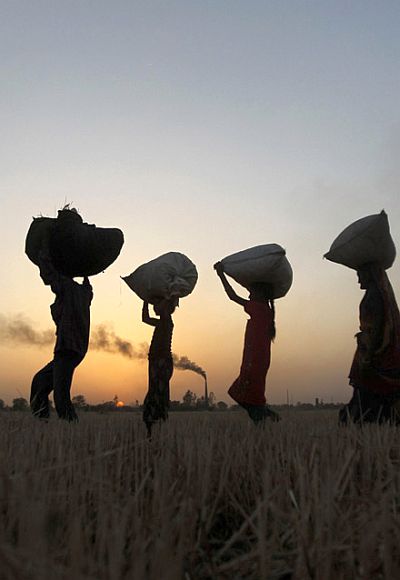 Image: Labourers carry harvested wheat as they walk in a field on the outskirts of Ahmedabad.
Photographs: Amit Dave/Reuters Rajesh Kumar Singh in New Delhi

India's economic growth began a feeble recovery at the tail end of a 2012 fiscal year that saw the slowest expansion in a decade, providing little relief for a government heading into a busy election period dogged by graft scandals and criticism of its economic management.

Asia's third largest economy grew 4.8 per cent from a year earlier in the January-March quarter, in line with Reuters economists poll.

The showing in the March quarter was only slightly better than an upwardly revised 4.7 per cent growth in the previous three months, which was the lowest in fifteen quarters.

The full year economic growth for the fiscal year 2012-13 came in at 5 per cent, in line with an official forecast given in February, but its worst in a decade, and a far cry from the 9 per cent annual expansion recorded until two years back. 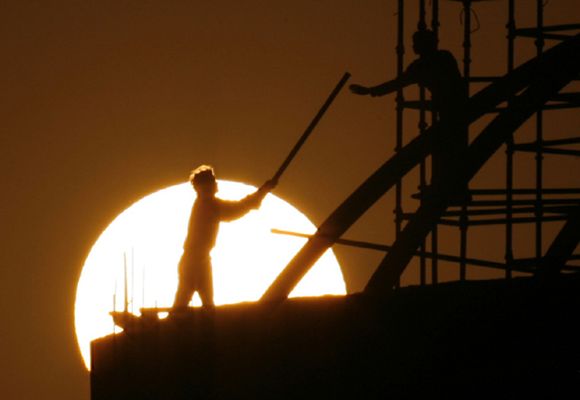 "The sectoral performance affirms our expectations that while GDP growth remains subdued, a floor is in sight, but lacks signs of sustainable pick up in momentum," said Radhika Rao, an economist at DBS in Singapore.

The data dampened market hopes for another interest rate cut at the central bank's policy review on June 17. The Reserve Bank of India's (RBI) has cut its policy rate by a total of 75 basis points since January to spur economic recovery.

India's benchmark 10-year government bond yield rose to two week high of as much as 7.49 per cent as hopes of another rate cut faded after the GDP data came in line with expectations.

RBI Governor Duvvuri Subbarao has warned that upside risks to inflation and a high current account deficit have limited room for more monetary easing even though inflation is on a downward trajectory and economic growth remains weak. 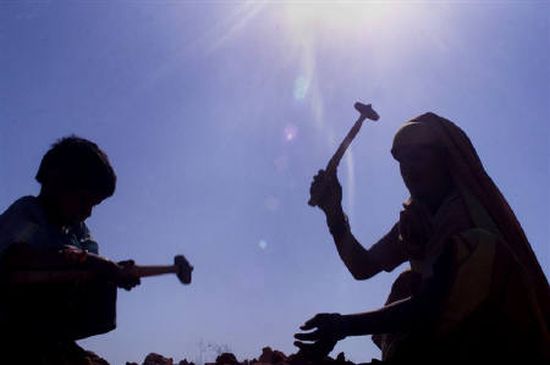 The government data showed that the manufacturing sector grew an annual 2.6 per cent in the March quarter. The farm sector expanded 1.4 per cent from a year earlier. Mining sector, meanwhile, contracted an annual 3.1 per cent.

The services sector, that makes up more than half of India's economy grew an annual 6.6 per cent in the March quarter.

Worryingly, annual capital investment growth slowed down to 3.5 per cent in the March quarter from 4.5 per cent year-on-year a quarter ago. 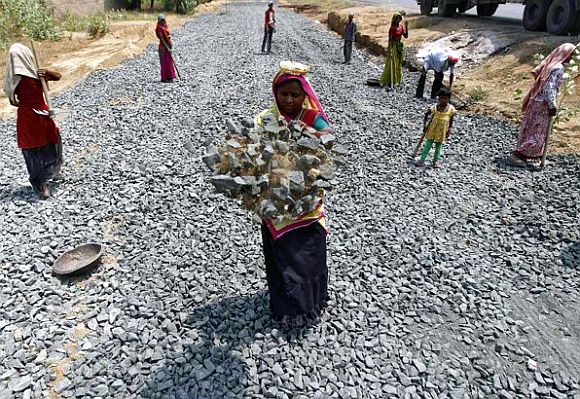 Prime Minister Manmohan Singh leads a minority, coalition government that has been weakened by a series of high profile graft cases, and there is little sign of the fast economic rebound that could shore up its prospects in state elections this year and a national vote due by May 2014.

Opposition parties have used the scandals linked to allocation of resources including coal and telecoms to paralyze parliament, delaying legislation aimed at attracting funds to lift capital investment growth from an eight-year low.

The deep economic slowdown has tarnished the image of octogenarian Singh, a venerated economist whose far-reaching reforms two decades ago laid the ground for boom years that followed.

His poor record of delivering on promises, coupled with myriad regulatory hurdles - including high-profile tax battles with foreign companies - has driven investors away. Foreign direct investment into the country has fallen, while outbound corporate investment is on the rise.