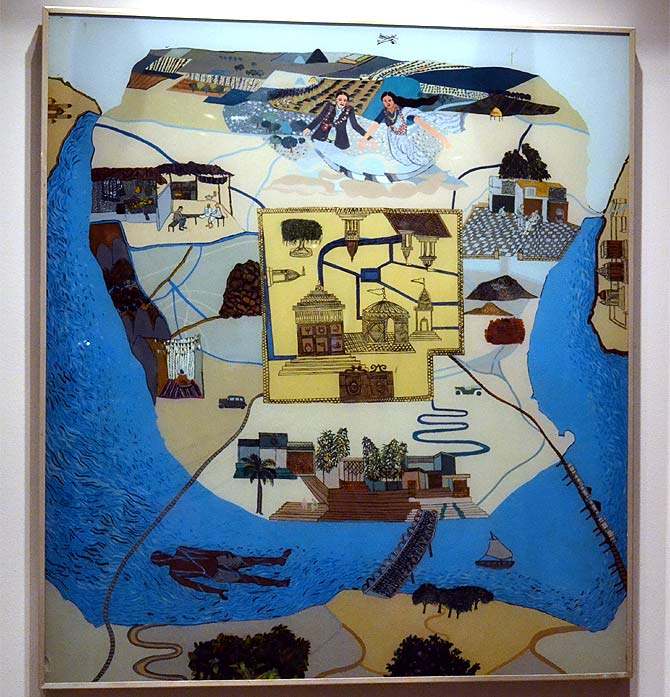 International auction house Christie's made a sizzling debut in the country by putting under the hammer 79 art works at over Rs 102 crore (Rs 1.02 billion), including Rs 23.7 crore (Rs 237 million) for a Vasudeo Gaitonde painting, a record price for a work of an Indian artist.

"I believe that the success of tonight's sale is auction at its best.

"The art spoke for itself, the room was full of interested and sophisticated people," its chief executive Steven Murphy told reporters after the 4-hour auction late on Thursday night.

He promised this will encourage the UK-based house to come back to India next December or sooner with an auction. 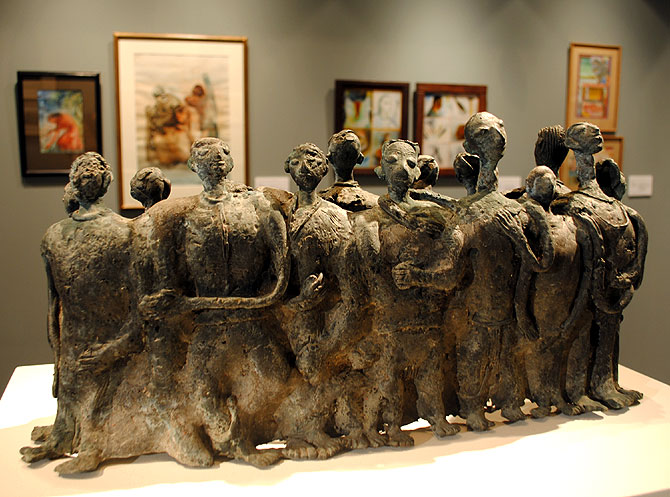 Lot number 63, Gaitonde's untitled work on canvas completed in 1979, was the one which stole the show with intense bidding between three parties over phone and online.

Bids sprinted to Rs 13 crore (Rs 130 million) within minutes of starting and as the auctioneer kept egging on the bidders for more, the bids kept shooting up by Rs 50 lakh (Rs 5 million) at a time.

There was a thunderous applause when the Rs 20 crore- (Rs 200-million) mark was breached but the auctioneer was not done yet and kept on urging the bidders for more before hitting the hammer at Rs 20.5 crore (Rs 205 million).

The buyer is an unnamed, US-based person. 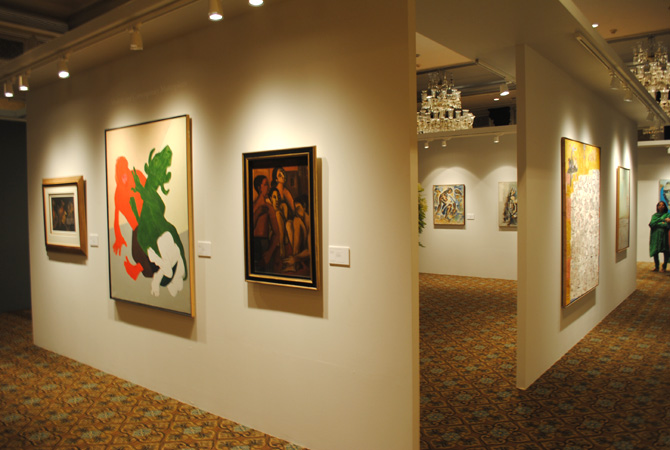 Adding the buyer's premium to it, the total amount for Gaitonde's piece works out to a staggering Rs 23.7 crore or $3.79 million that surprasses the $3.4 million fetched by S H Raza's painting 'Saurashtra' in June 2010 at an auction in London.

With a total of Rs 102 crore or $16.3 million, this was the second highest auction of Indian contemporary art works for Christie's after the London show three years ago.

Reaffirming the auction house's faith in the country, a senior Christie's official said he has not witnessed such bidding outside New York and London. Two works by Tyeb Mehta -- Mahisasura and an untitled piece showing a falling figure --- got the second and the third highest bids at the gala evening at Rs 19.78 crore (Rs 197.8 million) and Rs 9.86 crore (Rs 98.6 million), respectively.

The Christie's official said the evening also witnessed quite a few records apart from the highest ever money fetched by an Indian art work.

The bids resulted in ten artists' works getting their individual best ever, he added.

"The Christie's sales in India will become a very important part of the international sale calendar," said another official, dismissing a question about the ongoing economic gloom in the country and its effect on prices fetched by works.