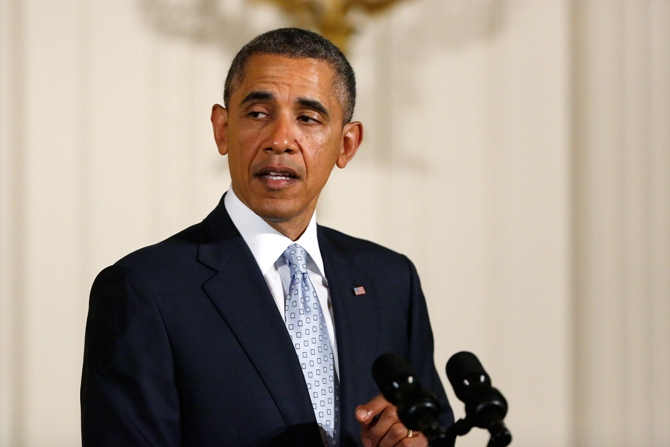 Countries like Germany, China and India are working every day to out-educate kids so they can out-compete American businesses and are making more progress than US, President Barack Obama said.

"Countries like Germany, China and India -- they're working every day to out-educate our kids so they can out-compete our businesses.

"And each year, frankly, it shows that they're making more progress than we are," he said. 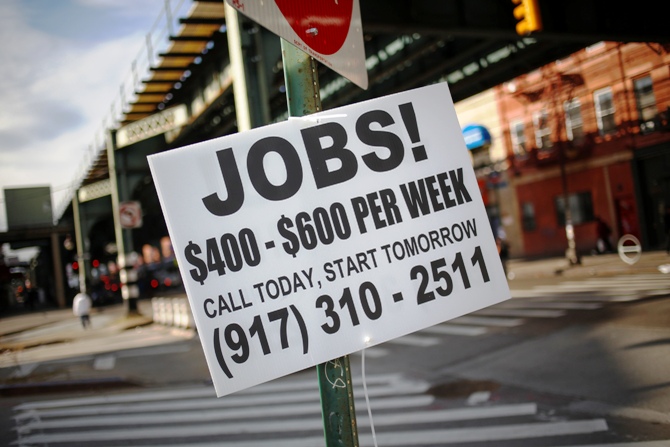 "We're still ahead, we've still got the best cards, but they're making some good decisions," he said on Wednesday in his address on ‘skill training’ to students of a community college in Pennsylvania.

"We've got to make those same decisions," the US president said as he urged his countrymen to work towards better skill development.

In his speech, he emphasised on training Americans with the skills that they need for the good jobs that are going to be in Washington on Thursday and Friday. 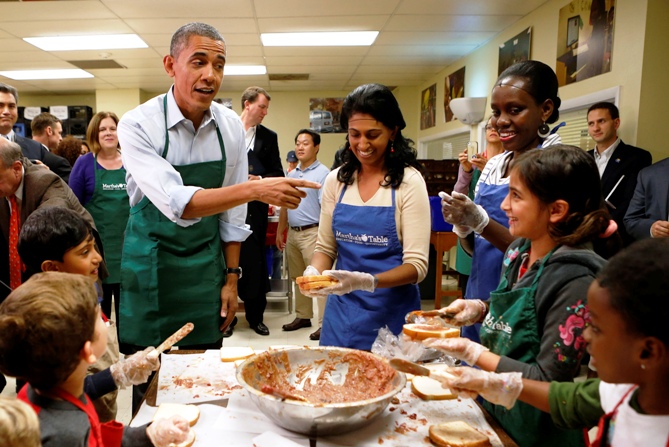 Image: US President Barack Obama greets children and volunteers during a visit to Martha's Table, a kitchen that prepares meals for the needy.
Photographs: Kevin Lamarque/Reuters

"You know better than most how in recent decades the economy hasn’t always worked for middle-class families.

“You saw outsourcing. There was a time when finding a good job in manufacturing wasn't all that hard.

“If you were willing to work, you could go to the local factory, maybe the factory your dad was working in, and say, I'm ready to go, and they'd sign you up," he said. 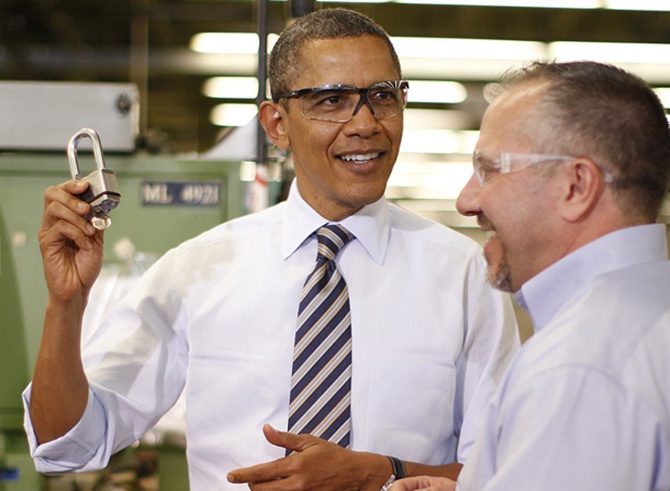 “And you've seen, sometimes painfully, where technology shutters factories and ships jobs overseas, and even makes some jobs obsolete," he said.

"But you know what, we're not going to reverse all those trends.

"Jobs know no borders, and companies are able to seek out the best-educated, most highly-skilled workers wherever they live.