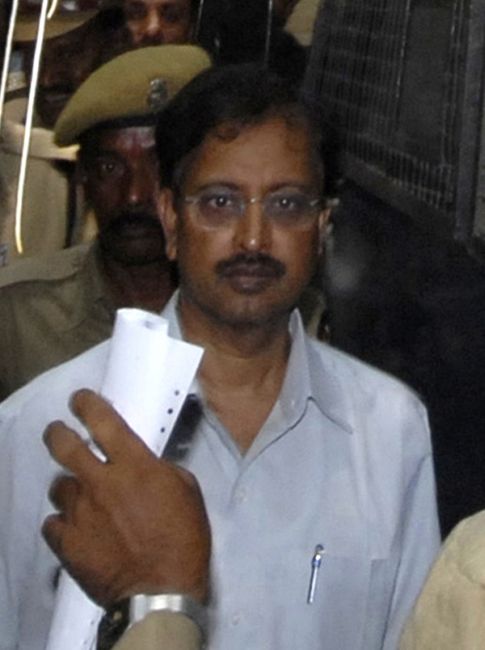 In one case, the Sebi order says, an elaborate charade of placing an order through email was placed, and teams were assigned to work on the fictitious project.

Five-and-a-half years after B Ramalinga Raju confessed the fraud he had committed at Satyam Computer Services, the Securities and Exchange Board of India, or Sebi, has found him and four others (former managing director B Rama Raju, chief financial officer Vadlamani Srinivas, vice-president G Ramakrishna and head of internal audit V S Prabhakara Gupta) guilty of committing "a sophisticated white collar financial fraud".

It has levied on them a penalty of around Rs 3,000 crore and has barred the five men from accessing the securities market for 14 years.

The 65-page order is an interesting read. It throws new light on how Mr Raju and others falsified the accounts of the company and gained from it. The misdemeanors resulted in inflated bank accounts.

Taking the example of one current account, the Sebi order says that two sets of statements were generated: a daily one received on email from the bank and filed with the accounts department, and a monthly one sent through "internal courier" by Mr Raju's office.

The second, which was, of course, the higher of the two during the period under investigation, was always used for the monthly bank reconciliation statement. And accounts were prepared on the basis of these false statements. 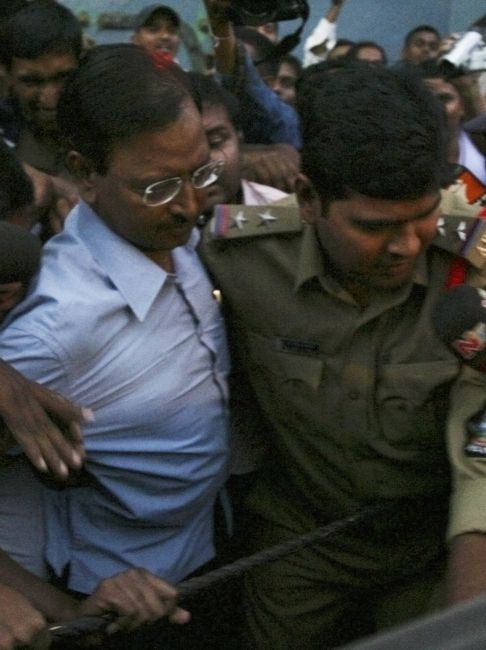 Similarly, receipts of fixed deposits were maintained in Mr Raju's office and were shown to auditors only by designated executives - such was the secrecy!

The banks were required to send statements of the deposits to Satyam that were to be given to the auditors.

The Sebi order says deposit numbers and addresses were not mentioned in some of these letters, the logo of the bank looked suspicious in one instance, and in some cases the signatories were not on the bank's rolls on the dates mentioned. All this leads one to believe these documents could have been forged.

Of course, the big thing was inflating the revenue of the company through fake invoices. All told, 7,561 invoices were falsified. This was done by manipulating the invoice management system, or IMS.

Interestingly, the Sebi order says that the internal audit team of Satyam had discovered in the first quarter of 2007-08 that there were discrepancies in the invoices mentioned in the IMS and another software system - this was more than one-and-a-half years before Mr Raju confessed.

When this was brought to the notice of the finance department, it replied that it would reconcile the differences between the two. Soon, the internal audit team's access to the second system was blocked. 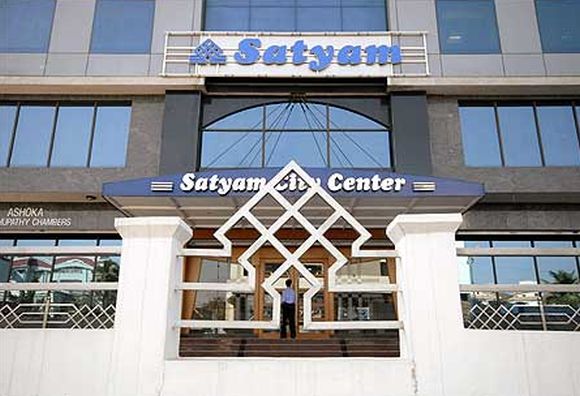 Those who perpetrated the fraud snuffed out any unwanted enquiry. In one case, the Sebi order says, an elaborate charade of placing an order through email was placed, and teams were assigned to work on the fictitious project.

"By taking into account the fictitious invoices alone, Satyam's revenues were overstated to the extent of Rs 4,782.75 crore between 2003-04 and September 2008," the Sebi order says.

All of this was more or less confirmed by Mr Raju in his confession of January 7, 2009, to Sebi: he had overstated cash and bank balances, interest income, revenue, profit, and debtors' position in the last seven years, and understated liability.

"I am now prepared to subject myself to the laws of the land and face consequences thereof," he had concluded. What he didn't mention in the letter was how he had gained from cooking up the accounts.

The details are contained in the Sebi order. The fake invoices gave Satyam higher profit and consequently higher earnings per share. This inflated its stock-market price. As Mr Raju and others routinely sold shares (some also pledged their shares to raise debt), this helped them raise more money.

On April 10, 2006, Satyam had announced a 1:1 bonus for the shareholders (one free share for each share owned). Immediately, there was a spurt in the stock price. 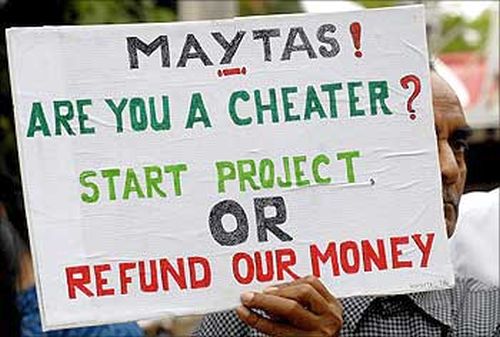 This has led Sebi to conclude that not only was the bonus issue made on the basis of "false and manipulated financial position, but was declared with a view to mislead investors and to maintain an artificial price of the Satyam share in the market".

Similarly, on December 18, 2008, the Sebi order says, the Satyam share price jumped after a buyback was announced. The penalty fixed by Sebi is based on these gains made by Mr Raju and others.

The "unlawful gains", according to Sebi, were close to Rs 1,850 crore. To this, the market regulator has added 12 per cent annual interest to be calculated from January 7, 2009.

One question being asked is why did Sebi have to take so long to give its verdict? In this time, the company got acquired by Tech Mahindra, cleaned up its books, turned around, and merged into the parent.

Kept in hard copies, the information was enough to fill 270,000 file cabinets of 5X5 feet. Over two million emails were reviewed, over 300 hard disc drives were imaged, and over one billion lines of transaction data were put under the lens.

Over 200 bank accounts were analysed and more than 7,000 consumer contracts were reviewed. This resulted in over 6,000 reconciliations in bank accounts and over 200,000 adjustments in the books because over 300 different income heads were affected. What took Sebi so long?

Sebi has put the blame for the delay on the accused, saying they adopted "dilatory and delaying tactics".

The five men can, of course, challenge the order in the appellate tribunal. Meanwhile, the special court constituted to look into the Satyam scam is expected to announce the date of judgment on July 28. Some more bits on the scam could come out.