Sign in  |  Create a Rediffmail account
Rediff.com  » Business » The good, the bad and the ugly of India's rural transformation 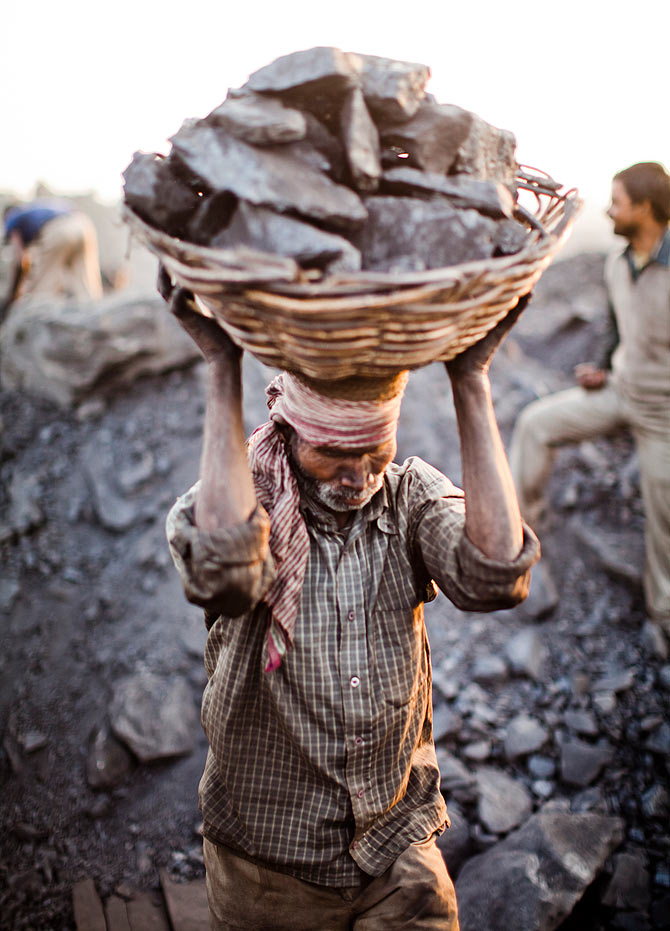 Image: A villager carries a basket of coal scavenged illegally from an open-cast mine in the village of Jina Gora near Jharia, India.
Photographs: Daniel Berehulak/Getty Images Rajiv Lall

As impressive as the ongoing transformation of rural India seems to be, a number of old challenges remain unaddressed and have become even more daunting, says Rajiv Lall.

The intersection between politics, markets and policy is especially interesting in the case of our rural and agriculture sectors. Although the physical distinction between rural and urban has become more blurred over time with the rapid growth of the so-called "census towns", in electoral terms gram panchayats remain more important politically than urban local bodies, municipalities or the large metropolitan centres.

Not surprisingly, over the past decade, political calculations at both the Centre and the state levels have directed a lot of resources into rural India. The central government has used the policy of minimum support prices for agricultural commodities aggressively to improve the terms of trade for the country's agricultural sector.

In parallel, they have ramped up annual Plan expenditures on account of various schemes (such as PMGSY, MNREGA, NRLM*) aimed at the rural development fivefold to over Rs 1 lakh crore a year over the past decade.

These have been supplemented with rising spending on fertiliser, food and fuel subsidies and other transfers in the form, for example, of loan write-offs to farmers. State governments have been equally generous, with a growing number of states offering free electricity to farmers. 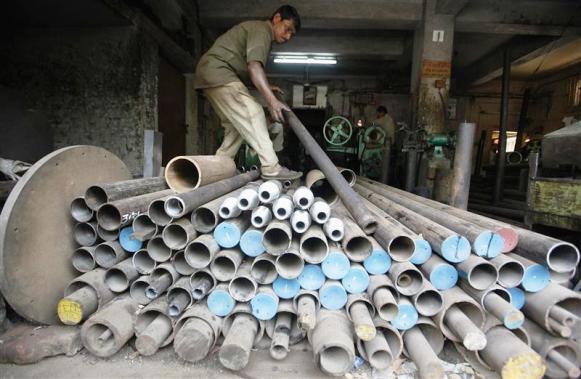 This politically dictated largesse has had an impact on the India of gram panchayats.

The headline is that poverty in rural India has declined sharply. Rural poverty, measured according to the Tendulkar Methodology, has come down from 42 per cent in 2005 to 26 per cent in 2011-2012.

This is consistent with evidence of a material increase in agricultural wages and rural household consumption over the same period.

Commercialisation of agricultural activity has also seen a steady rise, as has diversification of farm income away from a dependence on food grain.

Livestock has become a progressively more significant contributor to farm incomes, and fruit and vegetables now account for about a quarter of the value of agricultural output, excluding livestock.

The past decade has also seen a marked improvement in rural infrastructure.  Rural penetration of telecom services since 2004 has grown from 1 per cent to 40 per cent. The percentage of rural households with access to electricity grew from about 44 per cent to 55 per cent in 2011.

Likewise, transportation access through the construction and upgrading of rural roads has grown dramatically. All of this has contributed to radically improved market access and deeper rural urban connectivity. As a result, we have seen rapid growth in rural non-farm employment. By 2009, rural non-farm employment accounted for about 42 per cent of the labour force in rural India, up from 32 per cent in 1994. 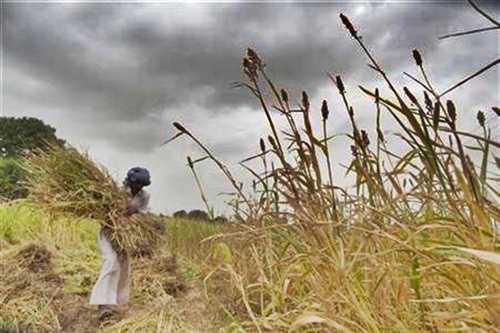 What have been the socio-political consequences of these trends? There is evidence that caste hierarchies are beginning to break down.

There is also much greater participation of women in the agricultural labour force since men have turned to non-farm rural employment.

There is still conflict in rural India, but it is a different nature of conflict. And that, in a sense, is important progress.

Superficially, the above suggests that our politics has been nicely aligned to effective and sensible policy formulation, at least when it comes to our rural and agricultural sectors.

The truth is unfortunately more complex and less comforting. As impressive as the ongoing transformation of rural India seems to be, a number of old challenges remain unaddressed and have become even more daunting, and new challenges have emerged.

While we have seen continued growth over the past decade in cropping intensity on account of multiple crops, yields have stagnated.

More importantly, a combination of fragmentation and escalating degradation of landholdings is now threatening the sustainability of a growing number of farms.

About 67 per cent of all landholdings are now below one hectare. By some estimates, close to 60 per cent of arable land is now degraded through soil erosion and inappropriate input use, especially chemical fertilisers.

The problem is likely to be seriously aggravated by a looming ground water crisis caused by years of over extraction and mismanagement.

About 90 per cent of the water pumped from 27 million tube wells is used for irrigation today, and more than one in four of the nation's districts draw more water than is recharged in the ground.

In a nutshell, a Green Revolution-era policy framework that relies on politically popular subsidies for fertilisers and free electricity for groundwater irrigation has now become an important cause of stagnating productivity and of escalating risks to sustainability. 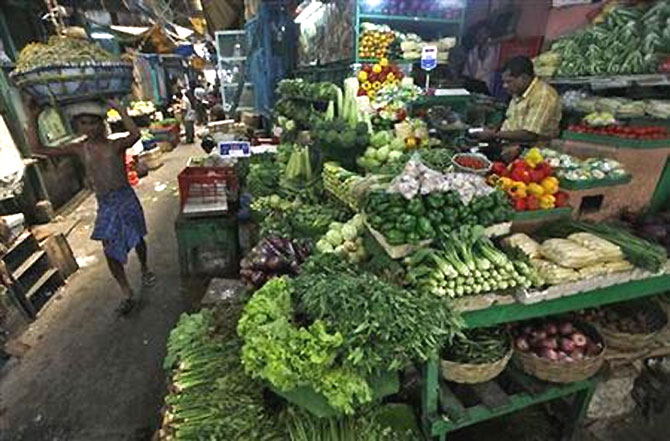 The entire agricultural supply and marketing chain remains hobbled by heavy state government involvement and regulation at virtually every point from farm gate to the end consumer.

The Agricultural Produce Marketing Committees originally set up to ensure a fair price to farmers through centralised auctions have now been substantially captured by collusive middlemen.
Central government efforts to dismantle the resulting monopoly marketing power over agri-marketing have been largely frustrated by state-level vested interests.

This has added significantly to the cost of marketing agricultural produce. Add to this the widely recognised problems of the public procurement, storage and distribution system for food grains and sugar, and the acute shortage of storage infrastructure all along the supply chain, the scale of losses that we now suffer in perishable and non-perishable produce between farm gate and end consumer is unconscionable.

Much of our current challenges with food inflation have their roots in a dysfunctional agri-marketing and supply chain. 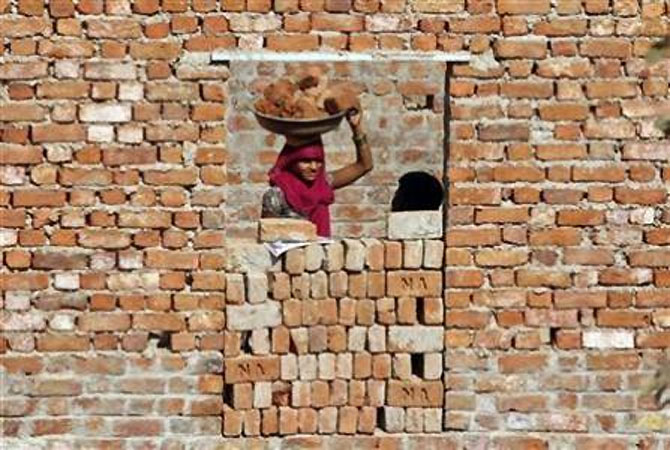 Finally, as much progress as we have made in improving access to physical infrastructure for our rural hinterland, the reality is that 20 per cent of our rural population still lives without three essential services: electricity, latrines and drinking water.

Our record in improving access to social infrastructure, in particular to health care, for rural India has been quite poor.

The rate of infant mortality in rural India is materially higher than in the cities on account of poorer access to safe drinking water, sanitation and health care support.

Urban India has 15 times the number of beds and four times the number of doctors per capita compared to rural India. Not only is there an acute shortage of medical personnel, but doctors and medical workers are absent 40 per cent of the time in rural public health facilities.

Further, notwithstanding the impressive decline in average poverty levels, swathes of deprivation have become more entrenched across rural India.

About 50 per cent of the tribal population and 42 per cent of scheduled castes remain below poverty levels, and their education and health outcomes are commensurately worse than the rural average.

These outcomes suggest that initiatives to devolve greater responsibility to institutions of Panchayati Raj for the delivery of a range of central government rural development schemes have been frustrated by a pattern of political clientelism and elite capture at the level of the grass roots.

This is not a trivial challenge to overcome and raises important questions about the political feasibility of administering programmes targeted to support only the poorest. But more on this in future ruminations.

The author is executive chairman, IDFC.