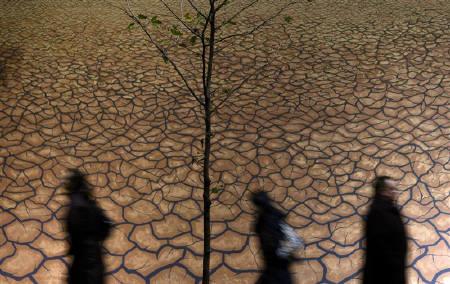 Image: Office workers walk past a mural of a drought scene in this file photo.
Photographs: Mick Tsikas/Reuters Shreekant Sambrani

Mercifully, the government is not in denial this year, as it was three years ago, writes Shreekant Sambrani

Drought looms as large this year as it did in 2009, even as attempts to play down its impact surface.

That great cheerleader, the India Meteorological Department, has revised its estimate of the likely rainfall this monsoon from near-normal to a 15 per cent deficit.

That is an acceptance of what has been obvious for some time now.

A leading columnist has assured us that we would not revisit the calamity of 1965-66, as though we have forgotten that we did not do so in 2009 either.

The most significant fallout of the drought, the refuelling of the inflationary fire, is tucked away as an afterthought. 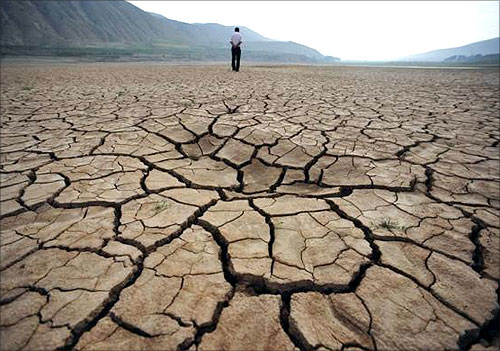 The IMD calculated the July-end cumulative rainfall to be 19 per cent below the long-period average in 2012, the same as in 2009.

That makes the situation this year to date as grim as in 2009.

Agriculture minister Sharad Pawar, much the wiser after 2009, does not hold out any great hope for August either, and rightly so.

The IMD's revised estimate is of a shortfall of nine per cent in August-September, with August being near normal. 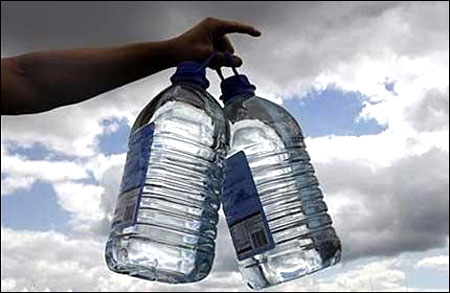 The Centre for Ocean-Land-Atmosphere Studies, usually quite reliable, forecasts that the precipitation in the first half of August would not be much more than half of the average.

The deficit in the same period in 2009 was 60 per cent, which blew away any remaining hopes that year.

The IMD, thus, appears to be sugarcoating the reality even now, which is bitter enough. Not wanting to cause alarm is no justification for misplaced optimism.

Mercifully, the government is not in denial this year, as it was three years ago.

Even before official pronouncements of drought in any region, an empowered group of ministers is in place and a variety of the usual contingency measures have been promised. 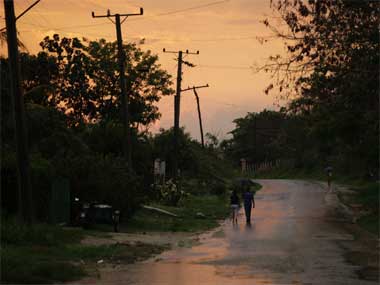 They would mitigate some immediate hardships, but not quite avoid the overall damage the monsoon failure would cause the economy.

These are, in increasing order of importance, the economy's overall growth, agrarian distress and inflation.

As the aforementioned columnist points out, even a five per cent reduction in agricultural GDP, which contributes 14 per cent to the overall GDP, would cause only a 0.7 per cent decline in the growth rate.

Using official sowing data, I had calculated that in 2009, the agricultural GDP declined by at least three per cent from the previous year, (the Central Statistical Organisation figure was just 0.2 per cent decline), which would have reduced the growth rate by 0.5 per cent ("Impact of the 2009 Drought on Agricultural Output: Fantasy or Reality?" Economic and Political Weekly, February 27, 2010). 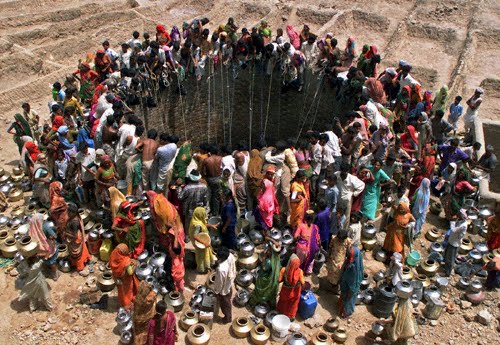 Such suspicions must be entertained for earlier figures as well.

If a similar pattern prevails this year, the already stressed growth forecasts would have to be revised down, albeit marginally.

Montek Singh Ahluwalia, deputy chairman of the Planning Commission, has promptly reduced the growth rate for the year to six per cent.

The drought certainly provides a convenient alibi to the beleaguered managers of the Indian economy! 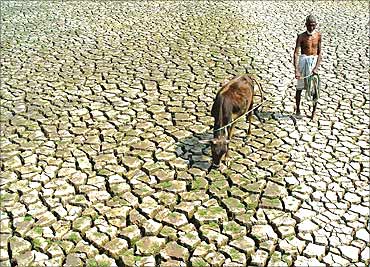 Half the Indian population still earns its livelihood through agriculture.

Their economic fortunes would obviously suffer in a drought year, especially of those with poorer resource endowments -- such as smaller farmers and landless labourers. Rural Development Minister Jairam Ramesh has said the Mahatma Gandhi National Rural Employment Guarantee Scheme would be augmented to cope with emergent tasks.

I was heartened to observe that in 2009, it was the much-maligned MGNREGS that provided effective succour to the worst-affected state, Rajasthan.

One hopes that this year, too, it would rise to the challenge, and not just in Rajasthan.

The added expenditure would, of course, bloat the budgetary deficit. 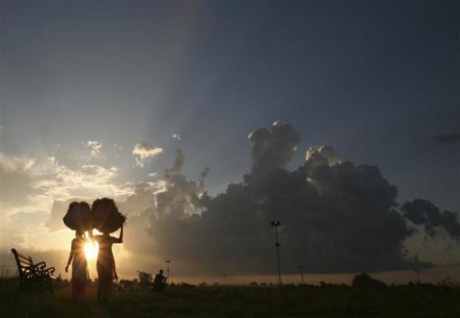 Much more serious damage is caused by what I had termed the income-deficit syndrome affecting farmers ("Sisyphean Challenge of Indian Agriculture," Business Standard, April 17, 19 and 24, 2008).

Their income shortfalls are cumulative, but not their surpluses.

The peasantry, barely recovering from 2009, would again face the adversity of further liquidating its meagre resource base.

This bodes ill for agriculture even beyond the current year.

The inflationary spiral is evident well before any pronouncement of drought.

Wheat and rice enjoy a 70 million tonne-plus buffer stock, but their prices, as also of sugar, are already rising.

How the drought looms large over Indian economy 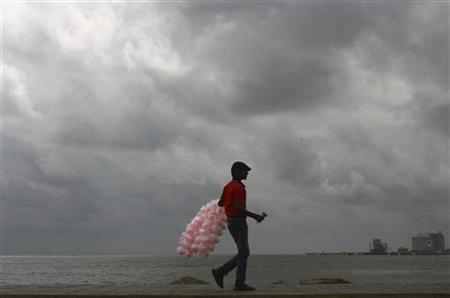 If the government plans stock releases to the market to stabilise prices, it has not said so yet, which facilitates price manipulation.

Our perennial shortage of pulses and oils worsens in droughts.

This year's unprecedented dry weather in the US will greatly affect global soya availability, pushing up oil prices.

This year's brief pause in inflation was due to the bountiful harvest of winter vegetables. That effect has worn off and food inflation is hovering around 10 per cent.

Even if the winter again produces bumper crops, the prevailing inflationary mindset of the suppliers is more likely to result in collusive behaviour leading to what I had called stealthflation in these pages -- with no stealth about it!

Without such a remission, food inflation can only go up.

How the drought looms large over Indian economy 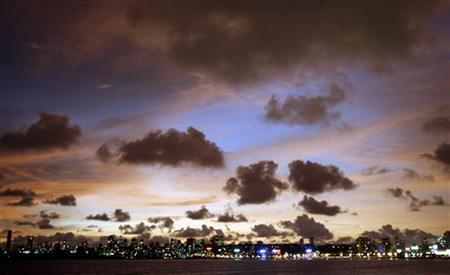 Consequently, overall inflation is unlikely to fall below the new normal of 7-8 per cent.

This raging malady gnaws at the entrails of the already distraught economy and is the gravest challenge yet for it to overcome.

In 2009, the government was high on confidence with an unexpected electoral victory and its "success" in coping with global recession.

Three years later, the same dramatis personae (save one) appear nearly exhausted by their battle to manage the faltering economy even before Lord Indra decided to withhold his showers of mercy.

This one single collateral difference makes the 2012 situation more portentous than before, calling for actions based on hard-headed realism, rather than the wishful thinking of the cheerleaders or a resort to alibis.