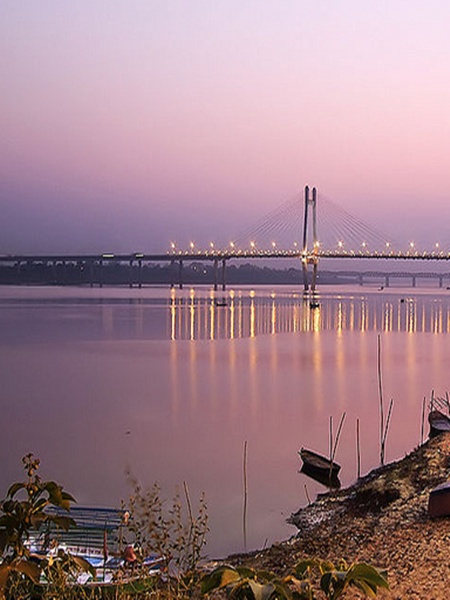 The extraordinary thing about Uttar Pradesh is that, quietly, there has been an enormous improvement in the quality of roads, says Mihir S Sharma.

There is good news from Uttar Pradesh: Market forces work. Across the flat, green springtime plains, cold storage plants are being built.

Frequently, they’re the biggest structures for miles around, still waiting for a lick of paint.

They’re set in the middle of fields growing potatoes and pulses.

Farmers in Deoria district of eastern UP worry that the unseasonal rain has damaged the pulses crop in particular - if so, the possible scarcity of pulses in the coming months will mean that these brand-cold warehouses will have to come into their own. 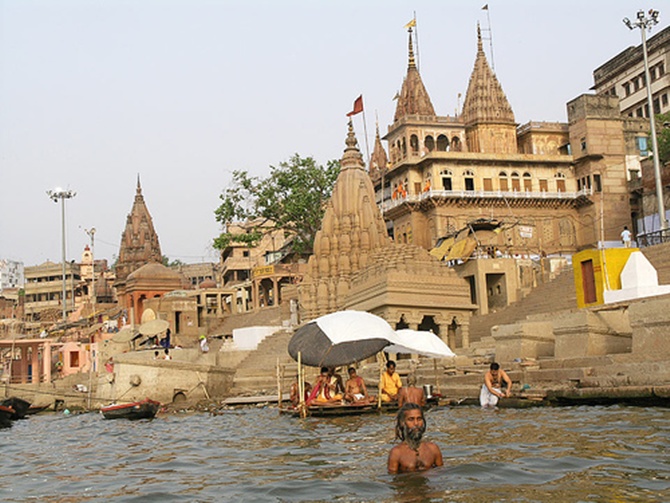 On the ghats of Varanasi, a city holding its breath in anticipation of the first-class entertainment implicit in a Narendra Modi-Arvind Kejriwal battle, tourists from all over India complain about the prices that touts are asking. But the touts have a practiced reply: “Under the UPA, has not the price of food gone up? We need to feed our families.”

The United Progressive Alliance, aside from a few well-intentioned speeches by the prime minister and one typically dismissive comment by P Chidambaram, has not contested the charge by arguing that rural prosperity and food prices are linked.

The surge in demand, higher wages for rural labour (by design) and higher minimum support prices have combined with an inefficient supply chain to make food prices high and volatile. 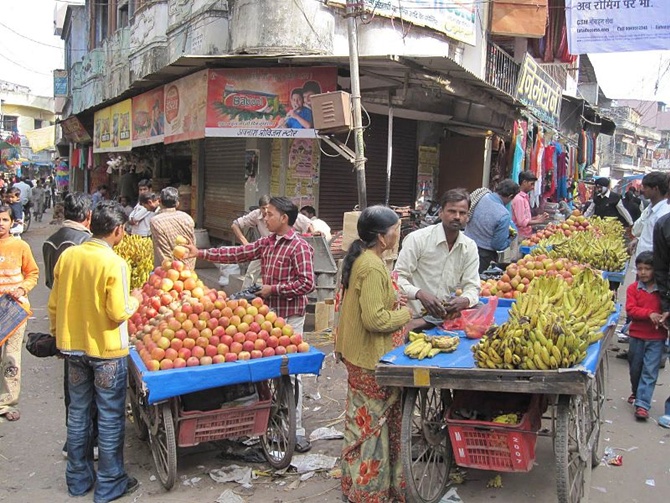 But the market can also take care of this. The UPA has argued that big, international retail chains will help.

Perhaps - but the government has raised the requirements for entry so high that it won’t happen soon. What is happening soon, however, is the increase - not captured, perhaps, by official numbers, by cold storage units being built by local entrepreneurs.

What is the point, however, if vegetables in cold storage cannot be transported quickly to markets? The answer, there, is better roads. The extraordinary thing about UP is that, quietly, there has been an enormous improvement in the quality of roads. 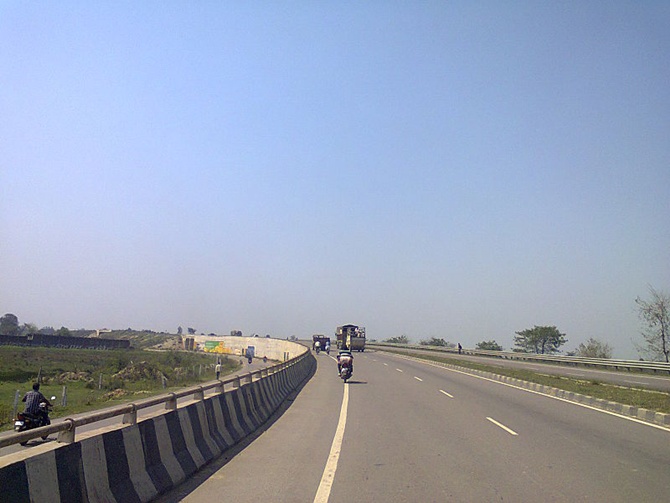 National Highway 28, which runs from Lucknow up to Gorakhpur and beyond, is magnificently built.

Bid out in late 2005, it’s a model highway in spite of not being part of the Golden Quadrilateral system. The Congress party’s inexplicable desire to underplay the UPA’s achievements mean that even those along the highway, who benefit most, say that it was Atal Bihari Vajpayee who built it.

Elsewhere in UP, the same signs of far greater connectivity are visible. The road from Raebareli to Lucknow, once very difficult, is being four-laned at a cost of Rs 600 crore. Nor is this the case with national highways alone.

Driving between the northeastern corner of the state and Azamgarh, a few hundred km north of Varanasi, along smaller roads, the story is the same. Even those parts that are not relaid have gravel laid out by the side, a promise of tomorrow. 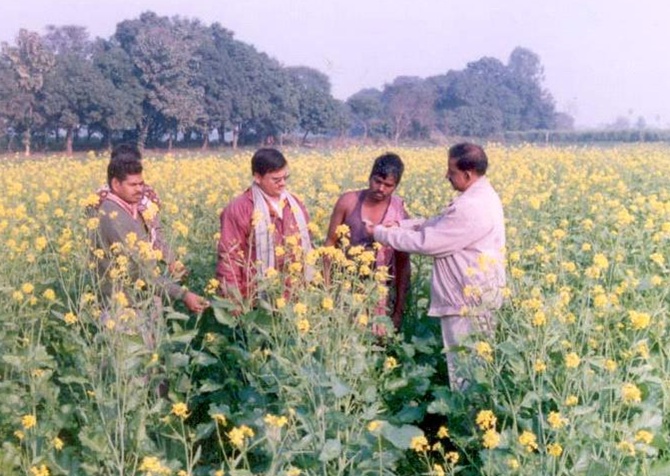 These are not roads covered by either the Golden Quadrilateral or the PM’s Gram Sadak Yojana. But they have comprehensively changed people’s expectations — and their problems.

By a lovely little temple to Hanuman in Silhatta in Ballia district, a group of villagers have an unexpected complaint: The road is too good.

They want speed-breakers. Young people riding bicycles and two-wheelers to school and college are threatened by the traffic, they worry. All the girls around there go to college, they add when asked.

On the side of the nearby teashop, a local English-medium school is advertised; it’s co-educational, but all the photos are of girls with commendation ribbons pinned on their clothes. 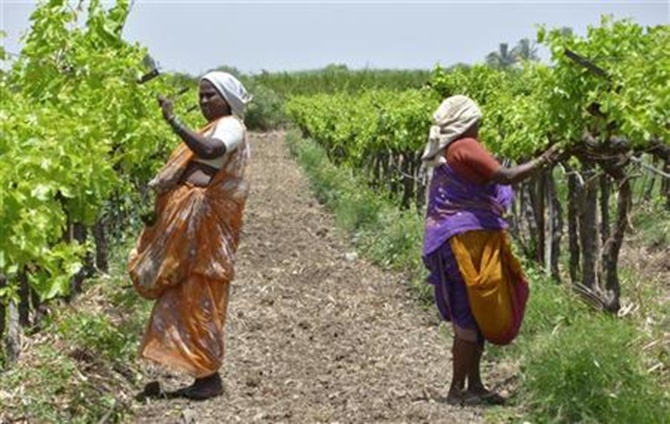 It’s very different from 10 years ago, but only the Samajwadi Party is campaigning there. Nobody believes the Congress or the UPA had anything to do with the improvements in their quality of life.

At a crossroads in Salempur district, Gomti Devi is selling piles of grapes. There are grapes everywhere, in the smallest of villages, being sold at around Rs 50 a kg.

Asked where they are from, she says refrigerated trucks roll in overnight from Nasik to the local wholesale market.

Prices have crashed, but her margins on grapes have increased threefold in the past decade or so, she adds, because of less spoilage; when she first sold grapes, it was transported on blocks of ice over bad roads.

A young highway policemen standing next to her says that Poorvanchal is much closer to the rest of the country than ever before: “And that is why the contest is between the BJP and the Congress here.” 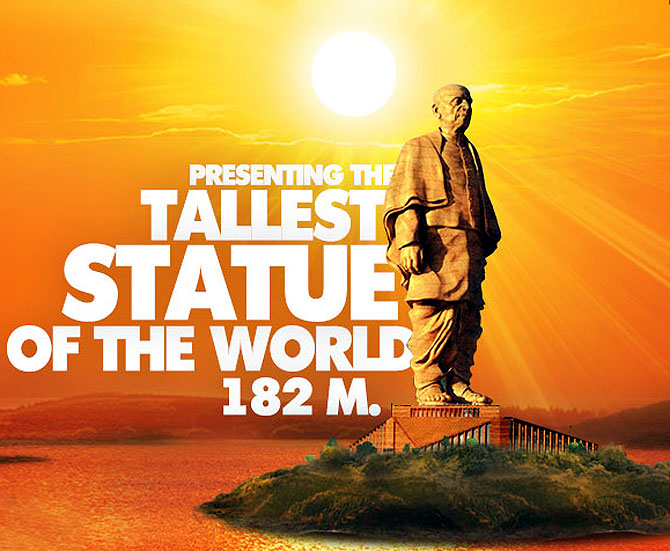 At the village of Nawalpur, some distance away in Deoria district, people at a local photocopy shop, while praising a local leader fulsomely, are largely voting BJP.

One of them, a Hindu who runs a Muslim-owned shop with a large poster of Mecca on the wall, drags in another boy: “Say who you support,” he urges.

The boy shyly says he is a volunteer for Narendra Modi’s Statue of Unity project, building a statue in a Gujarat that a decade ago would probably have felt very distant for him.

In mosquito-infested Gorakhpur, the safest BJP seat in UP, a branch of the controversial Vishal Mega Mart is open late. The shop assistants say they make a profit on their pulses and rice, but don’t want to sell vegetables — too perishable. Outside, however, Mohammed Asafullah has a cart overloaded with produce, even at 10 pm. 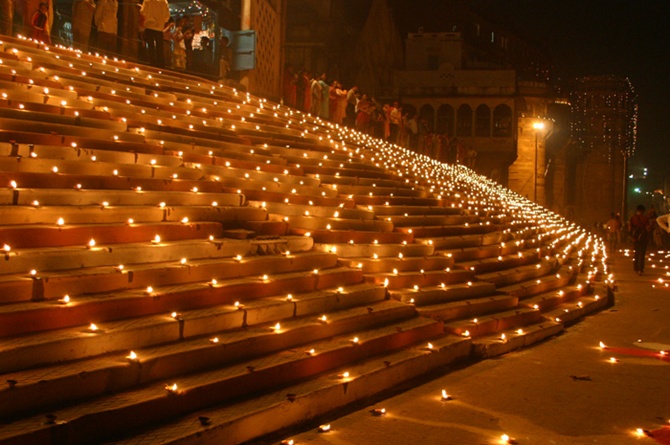 There are few shortages at the nearby wholesale markets even for vegetables from distant Bengal, he says – but it is monopolised, like so many such markets are, but a cartel of local traders.

He says small traders can be beaten up by goons if they try to make independent deals with truckers. Nobody can help, he says: “Nobody cares.” Even when asked, he doesn’t believe the Congress’ vice-president has promised to liberalise wholesale marketing laws.

Not that the Samajwadi Party government of UP is likely to follow suit any time soon.

Just outside Gorakhpur, trucks with vegetables bound for Mr Asafullah’s cart thunder along NH-28. The blackness is broken by the occasional shop with an inverter, where villagers gather to watch the India-Pakistan match.

At night-time, the reflective panels along the asphalt ribbon extend endlessly through that depressing darkness of power-starved UP; in daytime, the road is lined with posters of Narendra Modi.