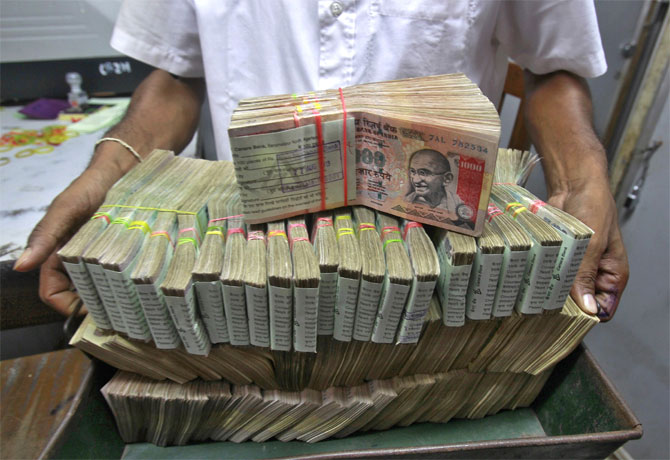 Since India imports more than it exports, so the rupee’s decline will hurt more than it may help, explains A D Amar.

The rupee seems to be in free fall and has constantly eluded Indian authorities who have repeatedly failed to stop its decline in spite of a number of interventions.

In less than a year, the rupee has lost almost a quarter of its value. US dollar one, from below Rs 52 in October 2012, has now crossed Rs 65. Deutsche Bank believes it is going to fall to Rs 70 per dollar in a month.

There are consequences of change in a country’s currency that its citizens may like to know.

However, by the same logic, it will also make imports into India more expensive, such as crude oil, that is used in making gasoline, because countries that export oil to India are paid in US dollars.

While, in the long-term, even that could be beneficial as domestic producers gain an edge in competing against imported goods and may succeed in reducing imports, it is not likely to happen for India as it imports about 70 percent of its oil — the largest imported commodity by value. 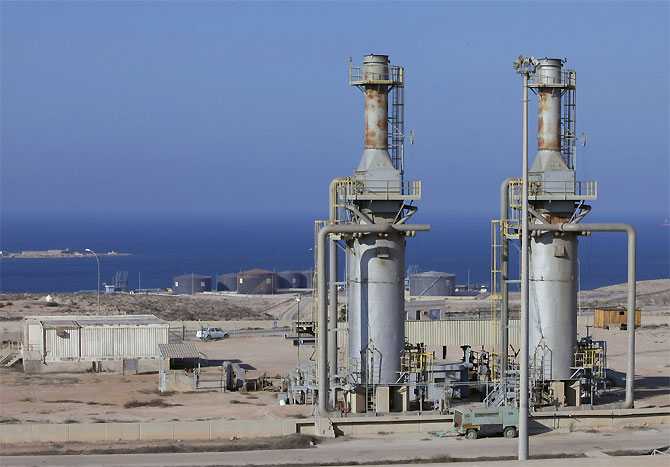 Secondly, India has been running a deficit in its trade balance with the rest of the world. In other words, it imports more than it exports; so the rupee decline will hurt more than it may help.

Then there is the psychological effect of a currency in free fall.

First, since traders do not fight markets, they are dumping their reserves of rupees because the rupee is falling, driving its price further down.

Then, the fear of the declining rupee is making foreign investors lose faith in Indian equity markets.

They don’t want to stay invested in a country where the currency risk is too high and, that is why, are pulling out their investments from India to reduce their exposure to the falling Indian rupee, causing the stock markets to decline. 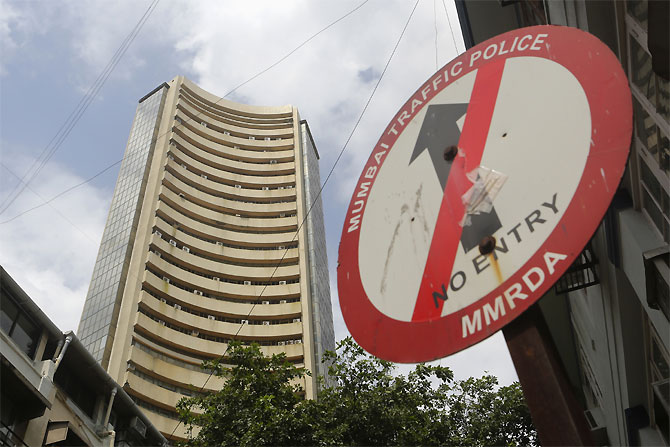 The Bombay Stock Exchange’s Sensex has touched its lowest point of the last 52 weeks. A decline in equity values raises companies’ cost of doing business which makes everything expensive, resulting in higher unemployment, higher inflation and higher interest rates.

To avoid the above, the Indian government has been fighting to keep the rupee stable. However, as India removed currency conversion regulations during the 1990s, such interventions are ineffective. One has to look at the fundamentals.

The fundamental reasons behind the dramatic decline of a country’s currency, such as the German mark after World War II or the Russian ruble during the collapse of the USSR, are some serious causes.

A currency’s conversion price in international markets is the best single indicator of its health. We have to see the reasons behind this precipitous decline in the rupee.

The rupee is not the only thing that is in free fall in India. The rupee is simply the most visible indicator of what is happening there.

India is in decline and decay that is being caused by poor decision-making and administration in public service. The fall begins when people in power start to make decisions based on what the decision will bring to them personally than sticking to the objectives to serve which the decision is to be made. 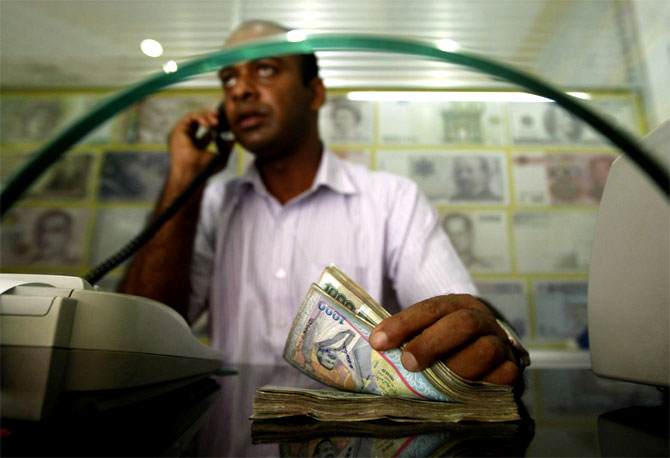 In such cases, the decision criterion is not based on any objectivity, but on what will maximise their personal well being.

Although the greatest impact on the general population comes from the decline in civil life, the most measurable of them are declines in economic indicators — lack of economic growth, high inflation, interest and unemployment rates, and lowered stock market indices that indicate a nation’s wealth.

The decline in the rupee is the most visible symptom of a much wider malaise.

For business and personal reasons, I make frequent trips to India. Since the last year, my visits have taken me to many cities all across India, from the North to the South. Civic services like sewage, drainage, street cleaning, and garbage disposal have noticeably declined. I have seen trash accumulating all over, even in areas where people are eating and sleeping.

The corruption in India’s public sector that started during the 1970s is now open, rampant and fully institutionalized. It is seated so deep in the Indian system that everyone in power — from the lowest in the hierarchy to the highest — believes that it is their normal operation.

It is fast spreading to even the judiciary, at the highest level. 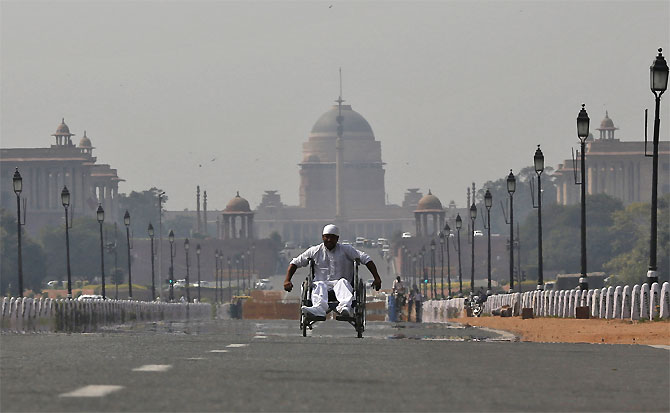 Almost all government offices, at any level of government, have employees operating their private enterprises in there.

One has to deal with these enterprises in addition to dealing with the government to have any meaningful thing done. These employees believe that they are ‘partners’ in whatever you do through them in the government and want a ‘share.’

Offices have a cash collection system for such operations. When one deposits government fees, one pays a percent of that fee in cash to these ventures.

This is an undeniable product of the institutionalization of corruption. It is this kind of administration that, according to an extensive study reported in the Wall Street Journal, has made India one of the worst places to start or do business.

When I see no guilt or fear in collecting payments from a public whom government officials serve, I see the institutionalisation of corruption.

When those responsible to fight corruption in government suggest giving bribes to get things done, corruption is institutionalised.

What is really sad is that I have seen this happening all over India. Even citizens who have been asked to pay bribes to government officials to get routine things also rationalise it. 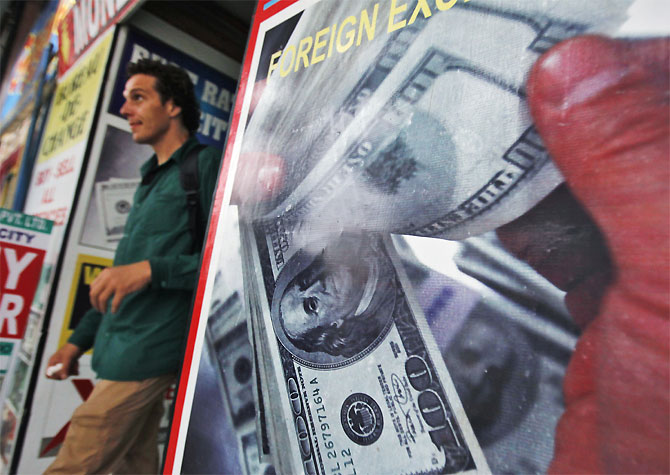 Further, when it is reported that the world’s largest number of Swiss bank accounts belong to Indians in power and neither the government does anything nor does it bother the general public, corruption has been institutionalised. The message transmitted overseas is that India is a corrupt system.

Right or wrong, ethical or unethical, even legal or illegal, the party rationalises all acts.

Whether it is the prime minster, head of the party in power, president, judges, governors, or bureaucrats, none is answerable to the general public.

Unless those with power are required to go back to the general public to get its reaffirmation to get their reinstatement after a certain period, I do not see much changing in India.

The decay of India and the destruction of the Indian moral fiber will continue. The decline of the rupee, unfortunately, is only an omen.