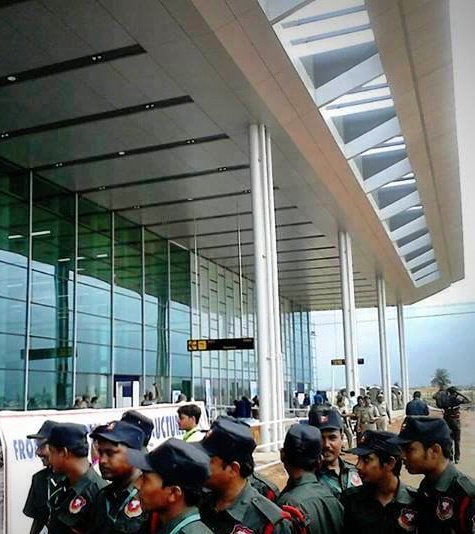 In more ways than one, the ambitious project of Bengal Aerotropolis Projects Limited to set up India’s first airport-cum-metropolis has developed fault-lines that typically inflict major infrastructure projects in the country.

As the company's promoters squabble over control and ownership by levelling allegations of forgery and fraud against one another, issues relating to land acquisition have contributed to further delaying the implementation of a unique project, analyse Paranjoy Guha Thakurta and Mohammad Ghazali.

This is the second part of the series on the Bengal Aerotropolis.

Even as allegations and counter-allegations are traded in and out of courts of law by the promoters and shareholders of Bengal Aerotropolis Projects Limited, the situation on the ground does not raise much hope that the airport-cum-metropolis project will be completed on time.

A visit to the project site indicated that many of the facilities promised remain to be built. Roads from the highway to the site have not been built while high-tension electricity lines near the airport terminal and runaway are yet to be relocated.

Contrary to what BAPL CEO Partha Ghosh claims, some of those who sold their land are far from happy with the compensation received.

Gautam Bakshi, a contractor who is engaged with the project, says that roughly 10 per cent of those who lost their land, most of them marginal farmers, are yet to be compensated.

He claims the project has been delayed because the contractors have not been paid on time.

Partha Pandey, owner of Risov Cements Pvt. Ltd, a cement factory located a kilometre away from the project site, alleges that portions of fertile and cultivable land were acquired by BAPL at below market rates, a charge that Ghosh denies.

Pandey claims that some of those who had purchased plots want their money back because of the slow pace of implementation of the project. 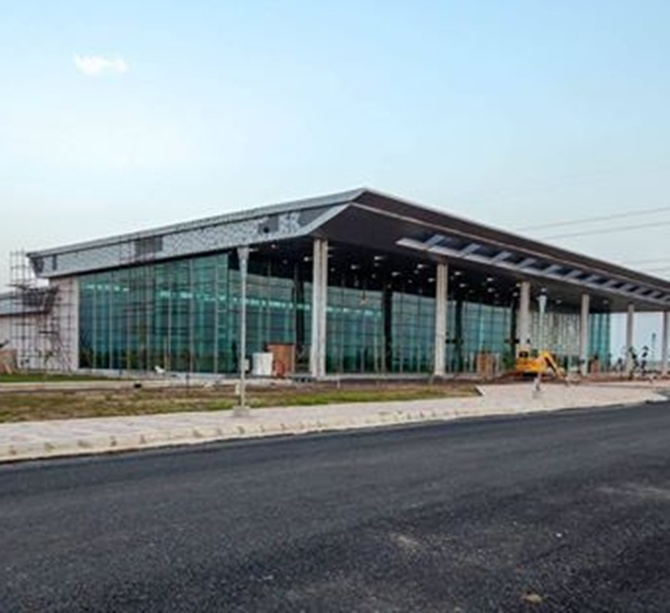 He points out that companies in the group controlled by Trinamool Congress MP, Kanwal Deep Singh, have purchased land -- signages of the Alchemist group of the MP are visible near the entrance to the township.

Sushil Ghosh, a leader of the Andal Block Krishi Zameen Raksha Committee, which is opposing acquisition of cultivable land in the area, claims that over 600 families who do not wish to sell their land are under political pressure to do so.

A former TMC supporter, he says he is extremely disappointed with the current state government led by a party which had opposed forcible acquisition of farmers' land.

"The lady who rose to power on the issue of land acquisition in Singur, is now looking the other way when a similar situation is taking place here," he says.

Sanjay Gaurai, another farmer who belongs to the same group, says he is regularly receiving threats because he does not want to sell family land (near the airport) that had been purchased by his father almost 50 years ago.

He alleges that BAPL representatives are in concert with local government officials and police personnel who are refusing to register complaints against those who are threatening him.

Another farmer, Alok Kumar Ghosh, says a former Trinamool Congress MLA and the panchayat pradhan of Andal village are actively opposing those who do not wish to part with their land. 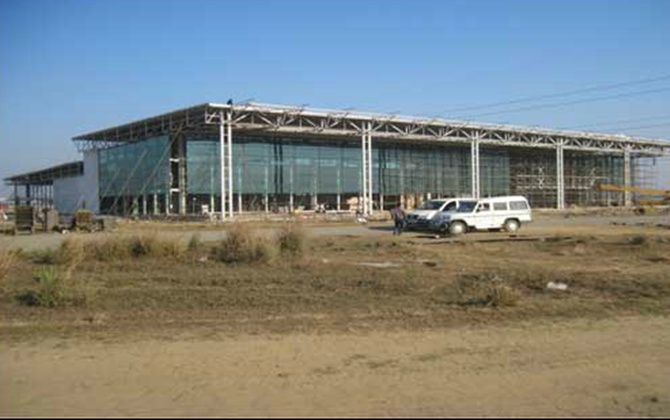 BAPL's managing director Partha Ghosh, however, denies any coercion in land acquisition and claims everyone has been adequately compensated.

The mayor of Durgapur, Apurva Mukherjee, refrained from commenting on the controversies and the officer-in-charge of the Andal police station Tapas Pal was unavailable for comments.

But those associated with the Durgapur Chamber of Commerce are hopeful that the Aerotropolis project will result in the economic rejuvenation of the area. Haro Prasad Ghoshal, former secretary of the chamber, says he is not aware of any problems in land acquisition but adds that providing water to the township and airport will pose daunting challenges.

The issue of primary concern is whether job opportunities will be created for local residents, in particular for those who have lost or will be losing their land for the project.

BAPL has sponsored free training courses at the Industrial Training Institute at Muchipada, Durgapur, for members of families who have sold their land.

One such person is Biswajit Nayak, who has been trained in computer technology for a year at the ITI but is jobless. He says there are many others like him who are waiting for employment opportunities. 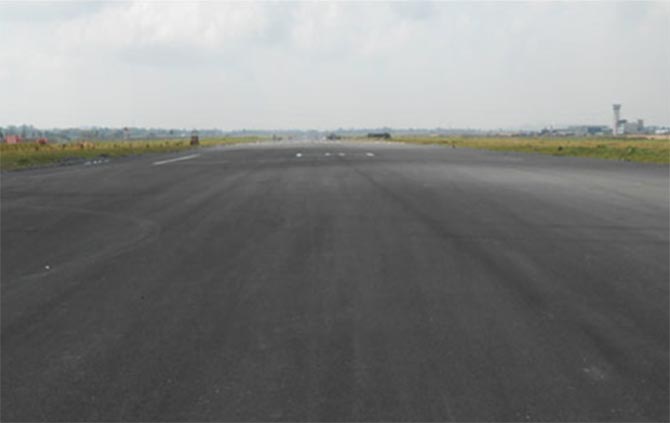 One important reason why progress on the Aerotropolis project has been tardy is on account of the West Bengal State Electricity Board delaying the relocation of high-tension power lines that are situated over the runway.

Work on relocating the transmission towers began only in June. The BAPL management says the work is now proceeding expeditiously.

Raj Shekhar Agrawal, one of the promoters of Pragati 47 (which, in turn, is one of the original promoters of BAPL) says local protesters will be blamed for the delay in relocating the power lines.

Says he: "It makes my heart break to see that after as much as 1,818 acres were acquired in 2010 for the project, the BAPL management is finding it tough to acquire the remaining 60-70 acres required for relocating the power lines -- whereas this should easily have been anticipated."

Another issue that had dogged the project in the past was the reported presence of coal under the ground.

In April 2012, former Union coal minister Sri Prakash Jaiswal had written to the state government asking it to stop the project because of the presence of nearly 400 million tonnes of coal beneath the surface of the land where the airport and township is coming up. 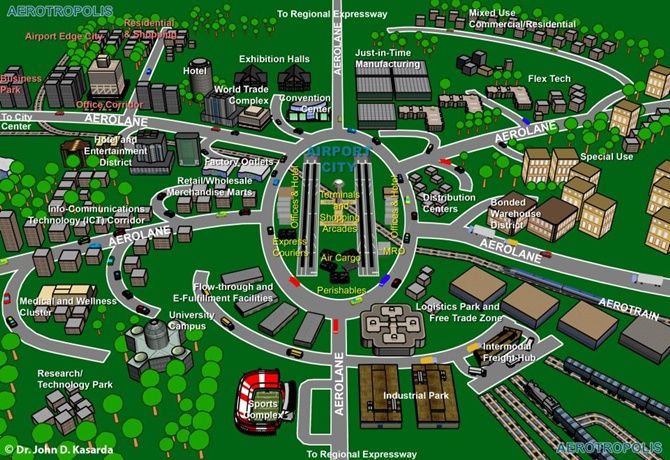 A year later, in March 2013, the Directorate General of Mines Safety had written to the WBIDC stating that three major coal seams are to be developed below the air strip hangars and the township.

It was only in February 2014 that the coal ministry cancelled the development of the Moira-Madhujore coal block on the ground that environmental clearances had not been obtained, thereby clearing the way for the aerotropolis project.

He added that the Changi group that had invested around Rs 1,000 crore in the BAPL project so far, might be increasing its equity stake in the company from 24 per cent to 33 per cent.

Even if that happens, a lot of water will still have flowed down the Hooghly before aircraft start lifting off the runway at Andal and people start occupying homes in the country's first Aerotropolis.