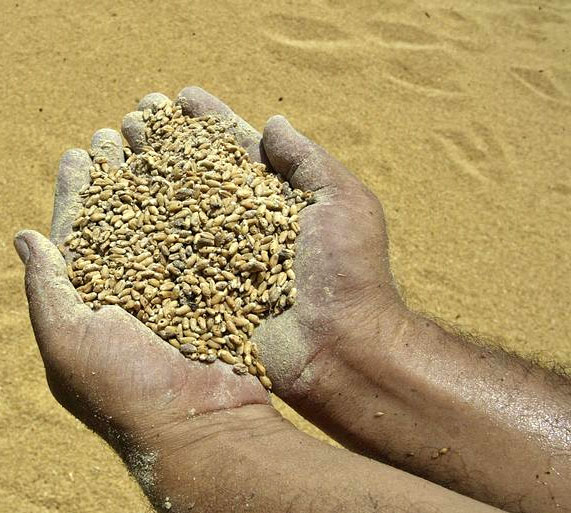 Despite the noise that India is making at the WTO saying that its food security concerns are non-negotiable, back home it is aggressively pushing for dismantling minimum support prices and at the same time limiting the sovereign role of Food Corporation of India in food distribution to the hungry and the needy, says Devinder Sharma.

Will India stand tall or buckle under international pressure, as it has always done, at the World Trade Organisation? This question is being asked as the July 31 deadline for ratifying the Trade Facilitation Treaty draws nearer. With the US, EU, Australia threatening to withdraw the four-year ‘Peace Clause’ that India has for continuing its food subsidies, and with US President Barack Obama making it clear that he does not want any stalemate, it’s a tightrope walk for India.

India has linked the Trade Facilitation Agreement with the contentious issue of food subsidy, saying it will not ratify the new trade facilitation treaty till its food security concerns are also addressed. Wanting to rework the existing rules that make it impossible to procure food grains, India is reported to have conveyed that the deal will hurt millions of small farmers.

At stake is the minimum support price that is being paid to wheat and rice farmers. WTO wants India to limit the procurement price to farmers within the prescribed limit of 10 per cent of the value of the output.

If India sticks to its position, it will be the first time in the history of WTO that an agreement is stalled from being implemented. Since WTO goes by unanimous ratification of all agreements before being implemented, India steadfast opposition to sign on the dotted line by July 31 can derail the ambitious trade facilitation agreement.

Developed countries are pressing for an early adoption of the trade facilitation deal that will give them improved market access in developing countries by streamlining border procedures and making imports easy. 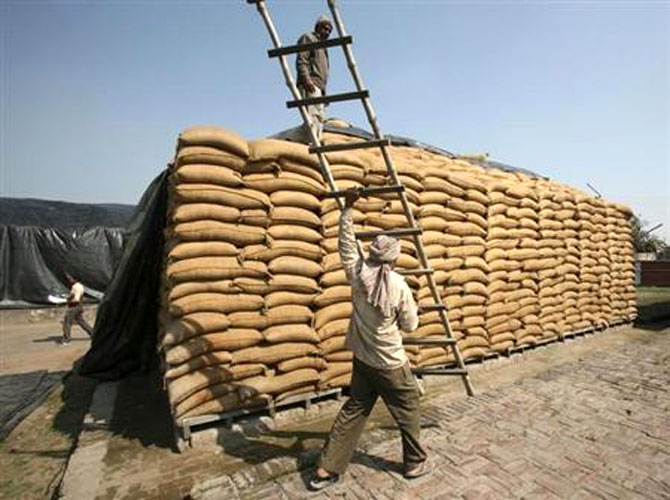 Although India has made it clear that state-funded welfare schemes for the poor are non-negotiable, I don’t think it has the political courage to take the blame for delaying the WTO's trade facilitation agreement. It will definitely relent if the WTO gives an assurance that India’s food security concerns would be seriously looked into and members will negotiate to find a permanent solution on public stockholding of food grains. India’s permanent representative to WTO Anjali Prasad had also hinted at this.

This is the not the first time that India has claimed that its food security concerns are non-negotiable. Before the Bali WTO Ministerial in December 2013, the then Commerce Minister Anand Sharma had also reiterated the same but buckled at the final hour.

All he could get in return was a protection for food subsidies for another four years, till a permanent solution was found. I doubt if India can muster a diplomatic coup that can link the trade facilitation treaty implementation with a permanent solution to its food security concerns.

On the contrary, I find whatever be its stand at the WTO, India has already initiated steps to facilitate imports. In the Budget 2014, Finance Minister Arun Jaitley has proposed a single window customs provision for importers and also announced 16 new port projects to provide adequate infrastructure.

In addition, Rs 11,635 crore (Rs 116.35 billion) has been provided for the development of Tuticorin harbour project. For all those who follow the trade diplomacy, the best way to exert pressure is to slow down on implementation of the decision on trade facilitation, which India is not keen to do. When it comes to food security, what is at the heart of the problem is the increasing amount being spent on public stockholding of food grains and thereby the rise in administered prices for wheat and rice procured from small farmers. According to the WTO Agreement on Agriculture, the administered price cannot exceed a maximum level (called 'de-minimis') of 10 per cent of the total volume of production.

India has already exceeded the limit in case of rice where the procurement price has shot up to 24 per cent from the base year 1986-88 that was agreed upon.

Despite the noise that India is making at the WTO saying that its food security concerns are non-negotiable, I find back home it is aggressively pushing for dismantling minimum support prices and at the same time limiting the sovereign role of Food Corporation of India in food distribution to the hungry and the needy.

In an attempt to tackle runaway prices and subsidies, the National Democratic Alliance government has decided to gradually avoid purchasing more grains than are needed to distribute to the poor while at the same time asking states not to offer market distorting cash incentives to farmers.

Read it carefully and you find that India is autonomously liberalising its agriculture and is adopting the WTO rules on food subsidy. 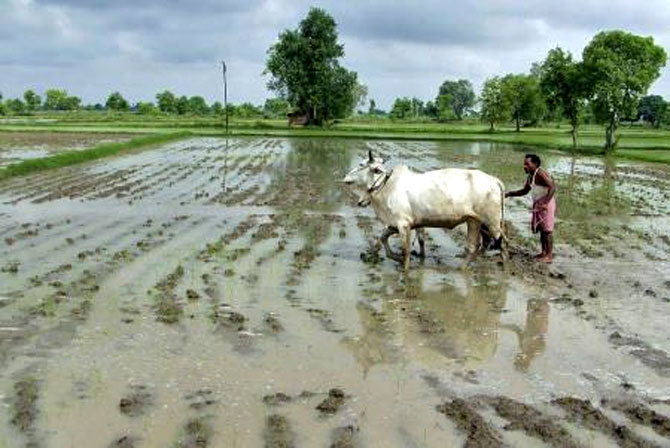 This kharif season, using the rising food inflation as an excuse, the government has raised the MSP for paddy by a mere Rs 50 per quintal (or by 50 paise per 100 kg), which for all practical purposes is like freezing the MSP. This is exactly what the WTO is asking for. Further, to make it legitimate, the Economic Survey 2014 is seeking setting up of a national market that will override the Agricultural Produce Market Committees.

In other words, once the APMC mandis become redundant, procurement price will also be rendered meaningless. Of the 24 agricultural commodities for which MSP is announced, it’s only for wheat and rice that a procurement price has to be paid to farmers since the FCI buys the grains from them.

For the rest of the crops, for which no purchases are made in the mandis, the MSP (maximum support price) is merely a suggestive price. Doing away with APMC mandis therefore means doing away with the procurement prices. And that is what the WTO wants. 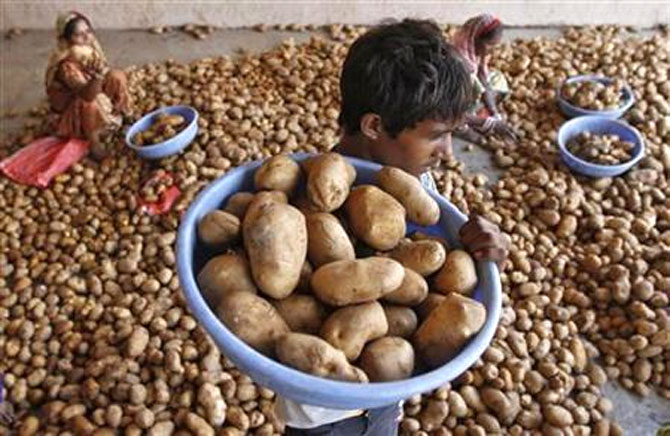 By the time the APMC mandis are dismantled, the government is keen to see that the procurement prices are not raised arbitrarily and thereby violate WTO provisions. Food Minister Ram Vilas Paswan’s ministry has asked states to stick to MSP announced by the Centre and avoid padding these up with their own sops and cash bonuses (Madhya Pradesh, for instance, provided Rs 150 per quintal as wheat bonus).

If states breach these norms the Food Corporation of India -- the country's main food security agency -- would not be obliged to acquire grains beyond levels necessary for the public distribution system as well as emergency reserves.

MSPs are the guaranteed prices at which the state buys produce from farmers, and as I said earlier it is only wheat and rice farmers from whom the state buys. But over the past few years, mainline economists have blamed the farmers for fuelling a price hike. The general impression is that it is the higher support prices that result in price rise. According to an RBI study, a 10 per cent MSP hike raises short-term wholesale inflation by one per cent.

This is exactly what the agricultural exporters in the US are saying. In a letter to the US Trade Representative, 14 US agricultural export federations have expressed concern at the rising MSP in India which means more income for farmers.

These federations are demanding that the MSP be done away with so that their commercial interests (for exporting agricultural commodities to India) are protected. This is exactly what the WTO directive is. If India falls in line, it is only a matter of time before it turns into a major food importer.