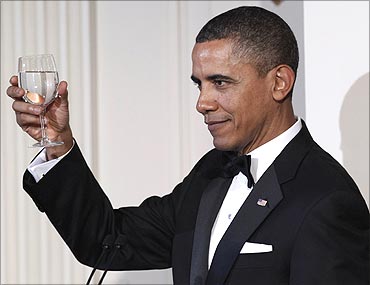 Asking Americans to focus more on science, mathematics and technology, US President Barack Obama said these are the subjects in which students from India and China are marching ahead and are grabbing the jobs of the future.

Travelling to Durham in North Carolina, Obama said companies in the US are having a tough time in finding right candidates in the field of science and technology, which he argued is not a good sign for the future of the country. 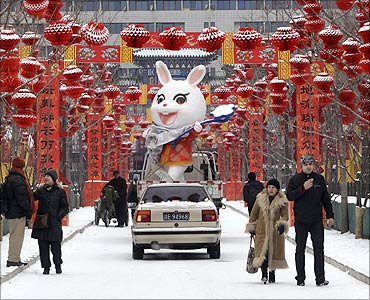 Image: A rabbit sculpture is carried away from the Ditan temple fair after a snowfall in Beijing.
Photographs: Jason Lee/Reuters

"Right now, there are more than four job-seekers for every job opening in America. But when it comes to science and high-tech fields, the opposite is true.

"The businesses represented here tell me they're having a hard time finding high-skilled workers to fill their job openings," he said.

Obama said only four per cent of all undergraduate students enroll in the STEM subjects -- science, technology, engineering, and maths. 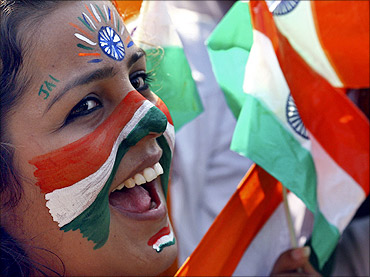 Image: A college student cheers after getting her face painted with the Indian national flag.
Photographs: Ajay Verma/Reuters

Of those students, one-third will switch out of those fields, and only about two in five will graduate with a STEM degree or certification within six years, he added.

"So these are the jobs of the future.

"These are the jobs that China and India are cranking out. 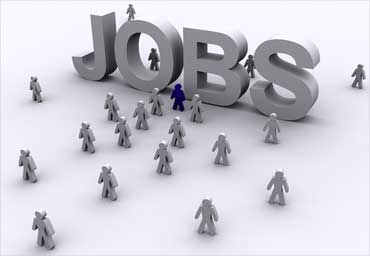 "And we're falling behind in the very fields we know are going to be our future," Obama said.