Sign in  |  Create a Rediffmail account
Rediff.com  » Business » 'Buy an airline for billions and become a millionaire!' 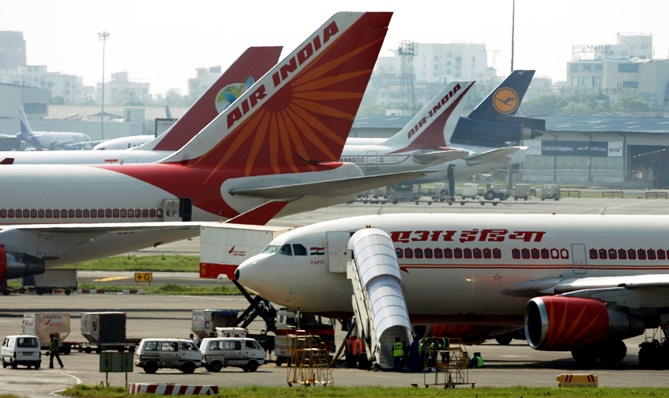 Image: An Air India aircrafts stand on the tarmac at the airport in Mumbai.
Photographs: Punit Paranjpe/Reuters

This was a joke narrated by Civil Aviation Minister Ajit Singh when he reiterated his ‘personal’ view on privatising Air India.

The minister was speaking at the India Economic Conclave organised by ET Now.

"Personally, I am of the view that the government should not be in services industry, especially something as airlines. 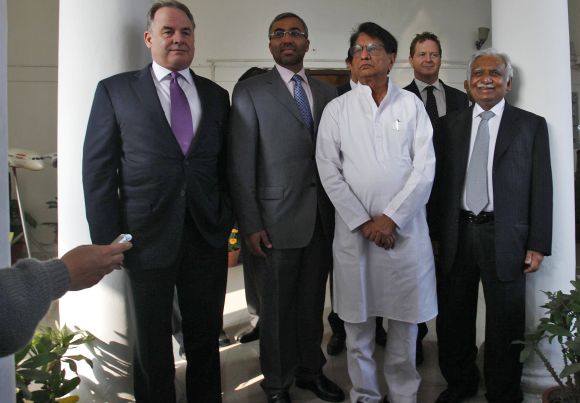 "So, for the government to run an airline . . . because government decisions are taken by consensus. In airlines business, decisions have to be taken very fast which in government is very difficult," Singh said a few months ago he had floated the idea of privatising Air India and there were positive reactions, except from a few political parties.

Opposition parties, including the Left, have slammed the Civil Aviation Minister for saying that government was ready to privatise Air India and accused him of selling public assets without bringing a civil aviation policy.

The minister said two years ago a proposal was mooted to privatise the state-run carriers and was also discussed in the Cabinet and many members have agreed to that.

"But at that point of time, nobody would have invested in Air India.

“It was in a very bad shape and losing thousands of crores every year.

“There were two strikes in a year and all kinds of problems," he said.

Tags: Air India
More
© Copyright 2023 PTI. All rights reserved. Republication or redistribution of PTI content, including by framing or similar means, is expressly prohibited without the prior written consent.
Print this
article
ALSO
READ