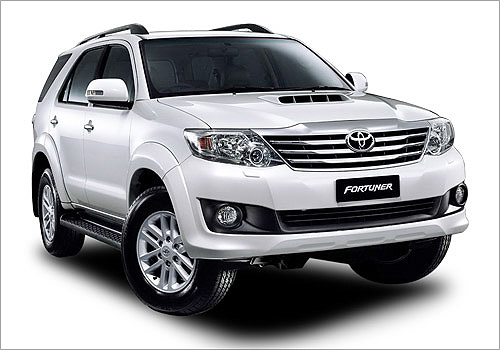 Excise duty on sports utility vehicles has been increased to 30 per cent, while all luxury vehicles, including super bikes will attract 100 per cent import duty.

"SUVs occupy greater road and parking space and ought to bear a higher tax. I propose to increase the excise duty on SUVs from 27 per cent to 30 per cent. However, the increase will not apply to SUVs registered as taxis," Finance Minister P Chidambaram on Thursday said in his Budgetary proposals.

Stating that the affluent class in India consumes imported luxury goods such as high-end motor vehicles, motorcycles, yachts and similar vessels, Chidambaram expressed confidence that "they will not mind paying a little more".

"Hence, I propose to increase the duty on such motor vehicles from 75 per cent to 100 per cent," he added.

Chidambaram also proposed to hike the import duty on motorcycles with engine capacity of 800 cc or more from to 75 per cent from 60 per cent.

To boost manufacturing and selling of environment-friendly vehicles, Chidambaram proposed to continue and extend the currently available concessions on specified parts of electric and hybrid vehicles till March 31, 2015.

In Budget for 2012-13, the excise duty on specified parts of hybrid vehicles was reduced to 6 per cent from 10 per cent.

Excise duty on lithium ion battery packs for electric or hybrid vehicles was also cut to 6 per cent from 10 per cent.

Besides, the full exemption from basic customs duty and special CVD with concessional excise duty or CVD of 6 per cent on some parts of hybrid vehicles was extended to specified additional items and lithium ion batteries imported to make battery packs for electric or hybrid vehicles.