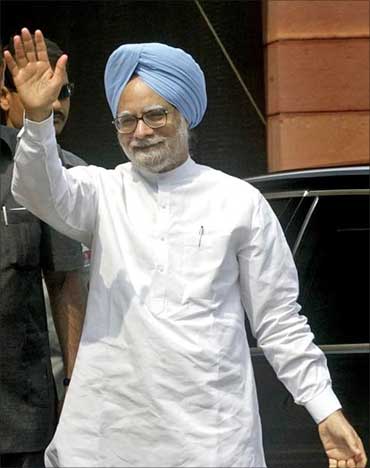 "You can't please all people. And the finance minister has done as good a job as was possible," said Prime Minister Manmohan Singh in an interview with T N Ninan, editorial director and chairman of Business Standard Ltd, on Monday after Finance Minister Pranab Mukherjee announced the Budget proposals in Parliament.

"The finance minister has done quite a lot to encourage foreign direct investment and foreign portfolio investment," the prime minister added.

The prime minister, who is the architect of India's liberalisation programme that began exactly 20 years ago when he was the finance minister under P V Narasimha Rao, was posed some tough questions, but answered all of them with aplomb, praising his finance minister. 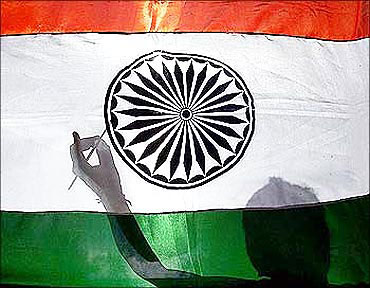 Prime Minister, congratulations on your government's third budget. I would like to begin by asking how this budget addresses current economic conditions specifically with regard to inflation and sustaining rapid growth?

Well, Mr Ninan, this budget meets all the challenges that our economy and our polity faces in the next fiscal year.

We need to sustain a high rate of growth and therefore this budget builds upon the good performance of the current fiscal year's 8.6 % growth rate to a projected 9% growth rate for which adequate provisions have been made particularly in the area of infrastructure and in social sector plus agricultural development.

It is certainly necessary to curb inflationary expectation for which it is very essential that there should a path of fiscal consolidation.

The finance minister has done a commendable job by planning to reduce the fiscal deficit and revenue deficit before the figures he himself had projected in the budget estimates. 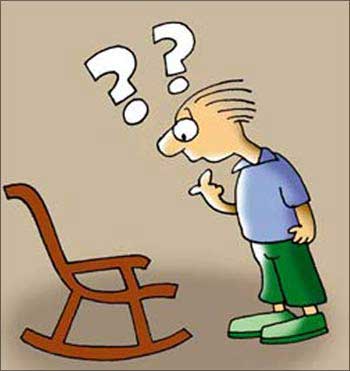 The finance minister has not raised any additional taxes and yet tax revenue is up 25%. Is this achieved just because of rapid growth? And therefore can you continue to reduce the deficit by achieving rapid growth?

Well, rapid growth is certainly one factor. But I think equally important is greater tax compliance and for that moderate rate and simplified system also are very essential.

And the finance minister has walked on both these legs.

The finance minister has announced some adjustments in IT rates at the bottom levels and specifically for senior citizens. But there were cries in the House about women for which there was no action it was said. And also for those further up in the income ladder who also have suffered inflation and there is no action for them. How do you react to that?

Well you can't please all people. And the finance minister has done as good a job as was possible.

The fact that he has increased the exemption limit for the people at the lowest rung of the ladder from Rs 160,000 to Rs 180,000 will benefit all men and women and for older citizens he has done much more. 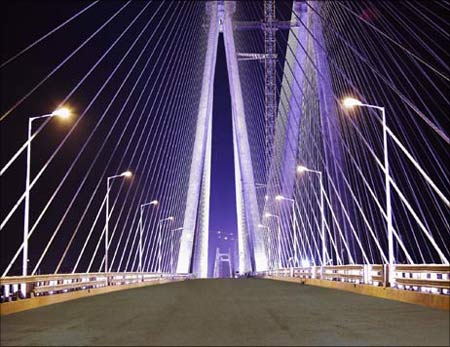 The expectation was that there would be some kind of amnesty scheme to try and bring in black money to invest in infrastructure. That has not happened. Was it at all a factor that the government considered?

Well, amnesty schemes have been implemented in the past. I don't think they have succeeded in providing a permanent cure for black money. We need to have a system's reform in a holistic manner to deal with this menace.

The stock market was fairly optimistic through the last couple of hours. In fact even before the speech began and then it kept climbing. Yet there is nothing really for investors in the budget. How do you read this from the perspective of the capital market?

Well, the finance minister has done quite a lot to encourage foreign direct investment and foreign portfolio investment.

He has reduced the surcharge from 7.5% to 5%. I think the signals are that this is a government which is reform-oriented. He has promised that he will come with legislation with regard to insurance, with regard to pension fund.

In totality, if these promises are converted into solid acts of Parliament, they will provide a boost to the capital market as well as to the corporate sentiment all around. 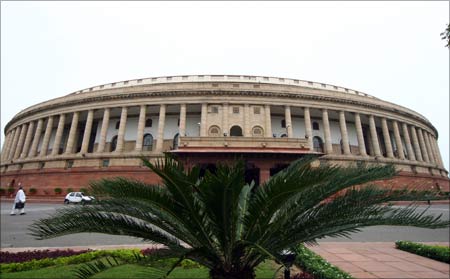 There is some frustration that the same promises made from one year to the next. Whether it is the great tax code, the Goods and Services Tax or some of the Bills on the debt management that from year to year the same issues are still in process and they are not actually completed.

As far as Direct Taxes code is concerned, that is very much on the cards. It will, I think, become a reality around 1st April 2012.

Now as far as the others, I think much depends on what we can push through Parliament.

There is no lack of effort on the part of the government, and I am confident that although there are some difficulties with regard to the Goods and Services Tax- some states are not on board -- but I am confident that we will persevere and ultimately succeed.

That is certainly one factor. Because the government cannot be a claimant on the nation's savings pool.

So that will at the margin help. But there are many other factors, for example what happens to inflation. That also has to be taken into account. 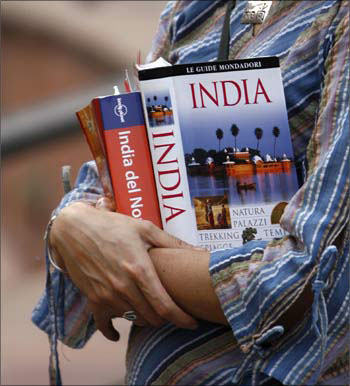 There was an expectation that the Finance Minister would raise the excise and service taxes from 10% back to 12% level that prevailed before the recession. And he has not done that. If he had done that, the deficit would have come down more. So what were the calculations that went into keeping the taxes unchanged?

Moderation in taxation on balance is a good thing to play with. And if you are moving towards a GST, I think it is also necessary to have that end product in mind.

And I think the finance minister thought it through both customs and excise duties peak rates have been kept at 10%.

I think that's the right way to go because we cannot be too certain that everything will work, the arithmetic will work the way we want it to work.

We must have ample scope to contribute to fiscal consolidation.

I have just two questions. One is on the social sector spending programmes- where it seems that a lot of the money does not actually manage to get spent. So is there a spending capacity issue for the government?

Well there is obviously. These programmes require a boost in terms of great delivery services. So there is a problem which has to be faced head on. 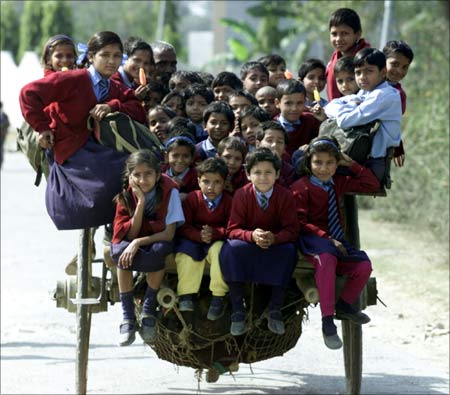 And the last question. Was this an easy budget? Does rapid economic growth help create easy budgeting? Because you do not have to take tough decisions and numbers start falling into place, and so that is the most important thing that India needs to achieve?

If we can achieve such high rates of growth, to that extent the fiscal problem will be lot more manageable.

The international climate, considering what is happening in the international financial system, maintaining a high growth rate is something for which the finance minister and the government deserve to be congratulated.

Prime Minister, thank you very much.