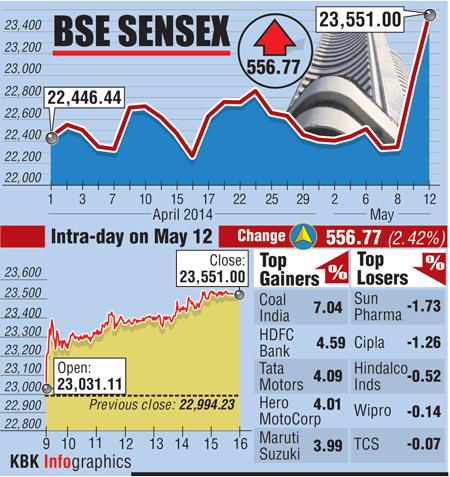 India's benchmark share indices got off to a flying start to end at new record highs on Monday in anticipation that the exit polls slated for release later on Monday would signal business-friendly Bharatiya Janata Party winning majority in the general elections.

The rupee continued to strengthen against the US dollar and hit a 10-month high on hopes that the exit polls would show that the opposition Bharatiya Janata Party would come to power in the general elections. Strong gains in equities also helped improve sentiment.