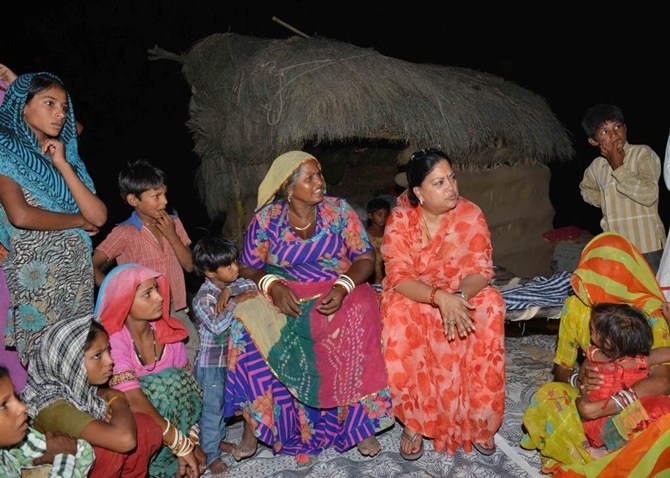 Under Vasundhara Raje, the Rajasthan government has lately taken several important reform initiatives that have made many wonder if, after a ‘Gujarat model of development’, it is the Rajasthan model that the country will look up to.

If the Unique Identification Authority of India (UIDAI) plans to give Aadhaar numbers to all Indian residents, the Rajasthan government promises to go a step further with a card for all female heads of households, to empower them financially.

Chief Minister Vasundhara Raje launched her ambitious Bhamashah scheme in Udaipur on August 15. The basic difference between the Aadhaar and the state government plan is that the Rajasthan scheme will come to beneficiaries with a bank account.

While Aadhaar is later linked to beneficiaries' bank accounts, the Bhamashah scheme is a card that comes with a bank account number registered in the name of the female head of the family.

Her biometrics are recorded and only she can withdraw money. The process of collecting biometrics has already started and the state government is hopeful of finishing the entire exercise before the end of March.

"We want to put everything on the card. This includes schemes like health insurance, pension, the ration card and other similar things. Each family will be given a card," Raje told Business Standard. 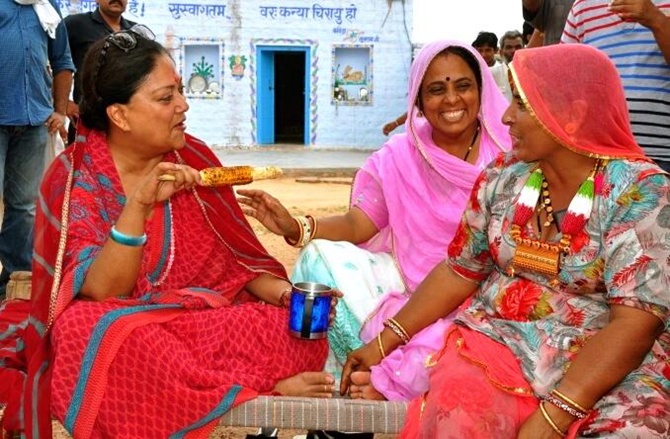 Raje said the Bhamashah plan had originated between 2003 and 2008, her previous term as chief minister. "We covered five million people under the scheme; this time, we are doing it for everyone in the state. If an individual wants a card, he needs to pay a paltry Rs 20-25. It is a family card but it will be operated by the woman head of the family," Raje said.

According to the chief minister, the Bhamashah scheme is "very dissimilar" to Aadhaar. She argues it is much better. The Union government has so far struggled to carry out direct benefit transfer after linking it with bank accounts, primarily because many people in the country neither have bank accounts nor the Aadhaar numbers. The Centre is struggling to link the existing accounts with Aadhaar. The list of beneficiaries is still being prepared.

"Aadhaar requires linking with bank accounts. But what we are saying is that Bhamashah comes with a bank account. We will give Bhamashah with welcome kits from banks. For this purpose, we have tied up with at least a dozen banks," said a senior government official, who declined to be named. 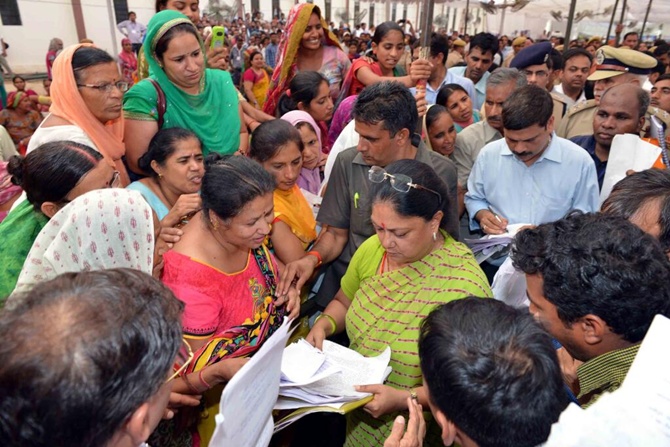 The official said a beneficiary would not have to wait for an Aadhaar number to be linked with his or her bank account for transfer of cash benefits under various subsidies, pensions and scholarship schemes.

"We are planning to complete this inclusion by the end of this financial year," the official said.

The other benefits of the Bhamashah scheme, named after a noted general of Maharana Pratap, would be to impart free health insurance worth Rs 30,000 for routine illnesses and Rs 3 lakh for major illness. Cards for individuals will be of different colours and will be given for specific purposes; students or differently abled people would avail of different benefits like scholarships and financial aid if they are staying away from their families.

"It does not make sense if the student is living in Ajmer and his family is in Udaipur. So he would be given the card for a limited period," the government official added.

This is not the first time that Raje has launched this scheme. 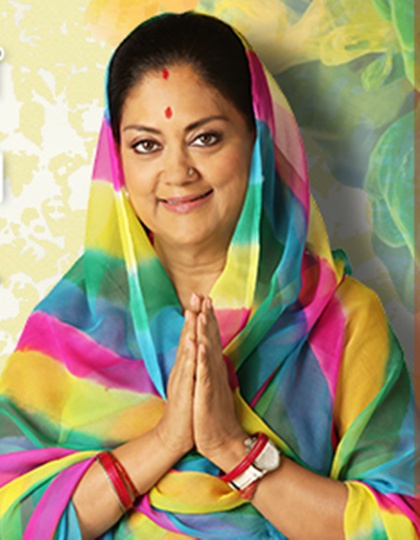 The scheme was running at the end of her previous term (2003-2008) before her successor Ashok Gehlot discontinued it.

Raje was voted back to power in December 2013 with absolute majority.

Her Bharatiya Janata Party won 163 of the 200 seats in the Assembly elections and all 25 Lok Sabha seats in the recently held general elections.

Raje, who is leading from the front in her second tenure, has surprised critics by announcing a raft of reforms to archaic labour laws, such as the Industrial Disputes Act, 1947, the Factories Act 1948, and the Contract Labour Act, 1970.

These Acts, along with the Apprentices Act, are on the Concurrent List.

Amendments to these now require the President's assent.

Under Vasundhara Raje, the Rajasthan government has lately taken several important reform initiatives that have made many wonder if, after a ‘Gujarat model of development’, it is the Rajasthan model that the country will look up to.

A snapshot of the steps taken:

Key proposals: Empowering employers to ease out up to 300 employees without the govt’s permission; making having 30% of workers as members a condition for setting up a trade union; raising the threshold limit of employment for factories operating without power; making the Contract Labour Act applicable only to companies employing more than 50 workers

Status: Cleared by the state Assembly, sent to the Centre for the President’s assent

Key proposals: Raising compensation to farmers, stricter punishment for those opposing land acquisition (a fine of Rs 10,000 to Rs 3 lakh and/or rigorous imprisonment for three to six months

Status: Suggestions invited from the general public till August 26; the state govt plans to introduce the Bill in the next Assembly session 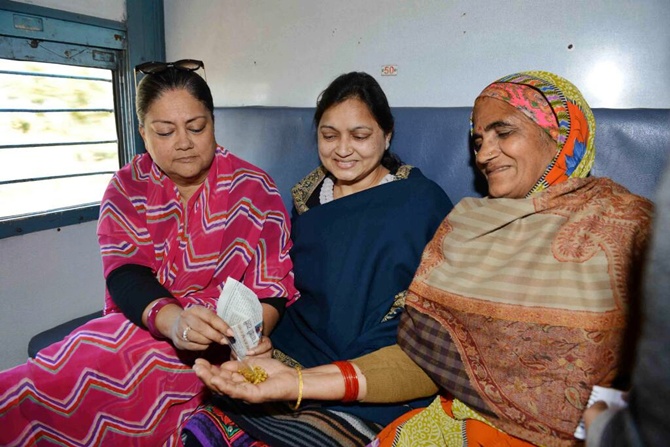 Aadhaar: To provide unique identity only to individuals

Bhamashah: Mandatory bank account linkage with every resident profile (ie card issued); a new bank account will be opened if a family does not already have one

Aadhaar: Left to individuals to open and link bank accounts with UID; in absence of systemic linkage, usability and coverage negligible

Bhamashah: A bank account has to necessarily be in the name of the lady of the house and is operated only by women

Aadhaar: No such thought

Aadhaar: Is a stand-alone system; linkage and seeding is required as a separate exercise to utilise the infrastructure

Bhamashah: Single unique data set for all residents of the state; all demographic and social parameters included to work out entitlements; provision of leveraging this single data set by all departmental application software/portal

Bhamashah: Points of service at all panchayats in rural areas and wards in urban (10,000 in total) for cash and non cash service delivery

Aadhaar: Cumbersome to the extent of being nearly impossible, for even change of address

Bhamashah: One-time cost of Rs 65 per individual; recurring cost of Rs 20.66 per transaction (for service delivery and maintenance)