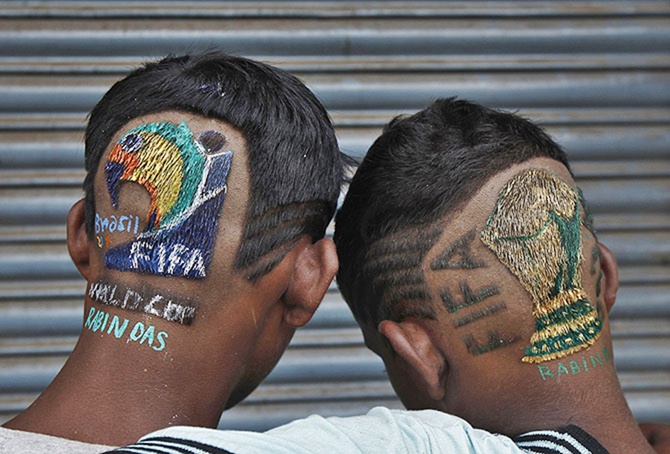 Sony Aath has much to thank to the state's football mania for its viewership going neck-and-neck with Sony Six.

For Multi Screen Media (MSM), the company broadcasting the FIFA World Cup 2014 in India, Mamata Banerjee's West Bengal is a state that has made a significant difference.

Believe it or not, the football frenzy across the state has contributed nearly 50 per cent to the network's viewership for this edition of the football tournament.

MSM is telecasting the World Cup in Brazil on its sports channels, Sony Six and Sony Six HD, in English. But it sprang a smart surprise by deciding to also broadcast the match on its regional channel, Sony Aath, in Bengali.

The matches in the last round of the group stage, which were played simultaneously, were also telecast on the network's English movie channel, Sony Pix. 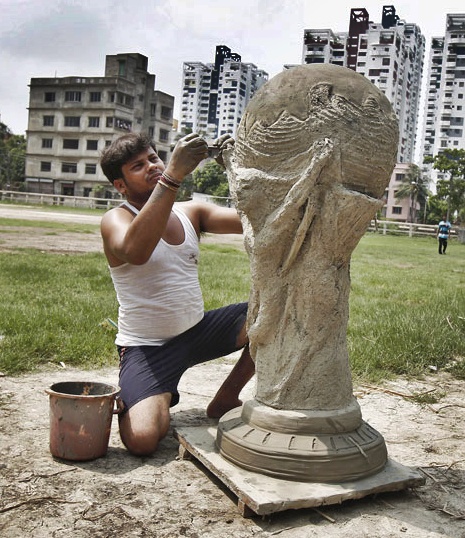 For the 59 matches played in the tournament so far, the combined viewership has been 0.89 million. This is based on viewership among males above 15 years of age across India's cable and satellite homes.

Viewership refers to the total number of people watching an event at any given point. Of this, more than 50 per cent, or 0.45 million viewers, were accounted for by West Bengal alone.

Interestingly, it is not only the Bengali man who is glued to his TV screen for football matches.

The share of women in the total number of people watching football matches in this edition of the tournament is 45 per cent in West Bengal - much higher than the global average of 40 per cent and all-India average (CS4+) of 33 per cent.

In Bengal, the Sony Aath viewership had an almost equal split between male and female viewers - 55 per cent and 45 per cent, respectively. 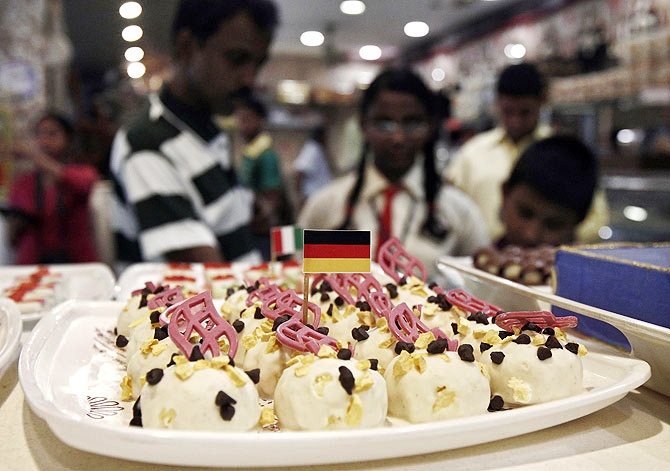 Image: A German national flag is fixed on a piece of sweet at a sweet mart in Kolkata.
Photographs: Rupak De Chowdhuri/Reuters

Sony Aath has much to thank to the state's football mania for its viewership going neck-and-neck with Sony Six.

The tournament has also helped Sony Six maintain its top position in the sports genre for 11 weeks in a row, according to data provided by the broadcaster.

"The ratings show that football is the clear number-two sport in the country. West Bengal has been the biggest success, contributing almost 50 per cent to the all-India ratings. We have also seen other non-metro markets showing good ratings. The best part is, even the late-night matches have seen a reach of around 50 million. This implies, when the next edition of the World Cup is held in Russia, more people will tune in, as the timings then would be more suitable for Indian viewers," says MSM President Rohit Gupta. 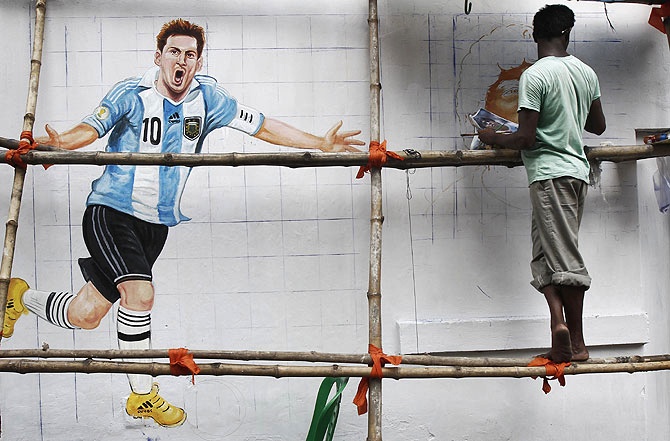 Tushar Shah, senior executive vice-president & business head, Sony Aath, says: "The state's passion for football is not unknown. Now, if people get commentary in their own language, it helps them enjoy the game more and we as a channel get to broaden our viewer base - add to that some Bengal-specific sponsors we attract."

Prasana Krishnan, senior executive vice-president & business head of Sony Six, feels Sony Aath has been a hit for the network.

"This World Cup is important for us, not only because it is the biggest football event but because this is the first of the four big football properties we have acquired rights for. Our bullishness for the Bengali feed and the success of the strategy proves that regional in India, especially for sports, means languages other than Hindi. And there are markets that can be explored and utilised to their full potential," Krishnan says.

He also drops a hint at the possibility of a Malayalam feed in the next edition. 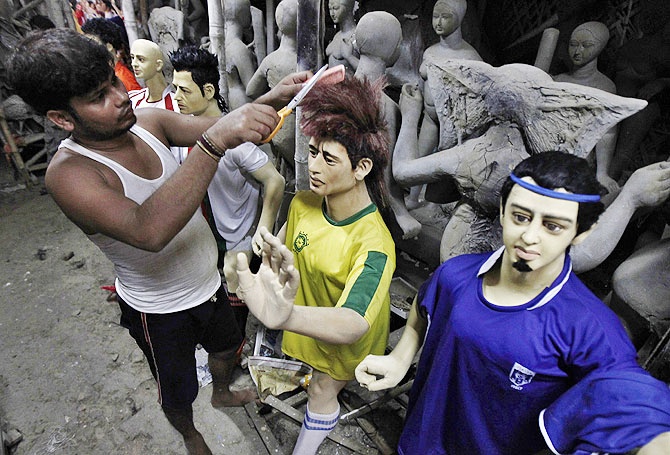 The Sony Aath telecast has made it possible to broaden the viewer base. This has helped increase the channel's ratings during the tournament by 265 per cent.

Apart from Bengal, the tournament has found traction in Kerala, which has also shown an interest in the sport. Among other new markets emerging as India's football-viewing territories are Assam (population 0.5 million and above), Mumbai and Chennai.