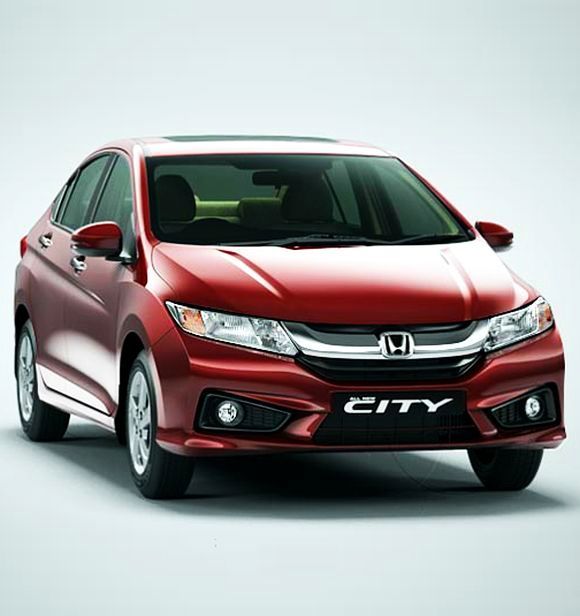 Honda's segment-first features and a competitively-priced diesel engine could help it reclaim its crown.

The car that built Honda Car India's (Honda) brand image and made it the top choice in the mid-size sedan segment has a new avatar that is replicating its predecessors.

Even though the City had been toppled by Hyundai Motor India's (Hyundai) entry, the Verna, the latest model seems to be set to repeat the earlier avatars' popularity.

Two months since the launch, Honda City has dislodged the Hyundai Verna, which was reigning over the segment for two consecutive years. 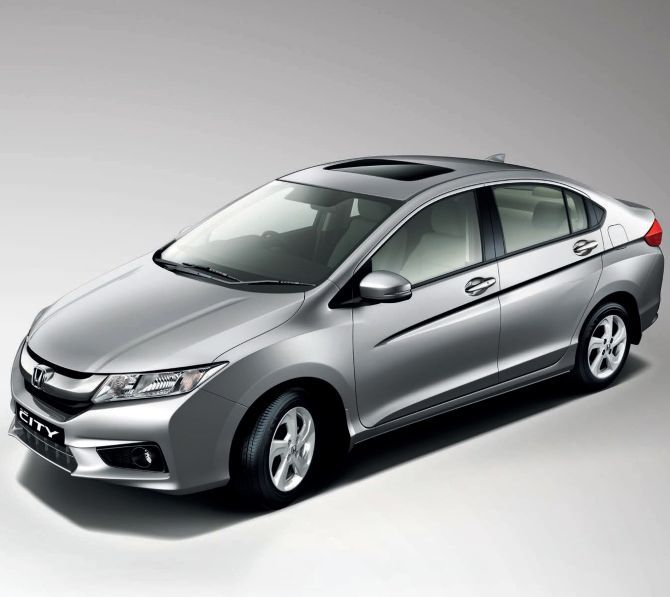 At a total of almost 14,400 units sold in January and February, the new City has more than double the sales volume of the 7,145-unit Verna in the same period.

Priced at Rs 719, 000 (ex-showroom, Delhi) and garnering over 9,000 bookings before its official launch in January, the City has bucked the muted market demand that has worsened this year. 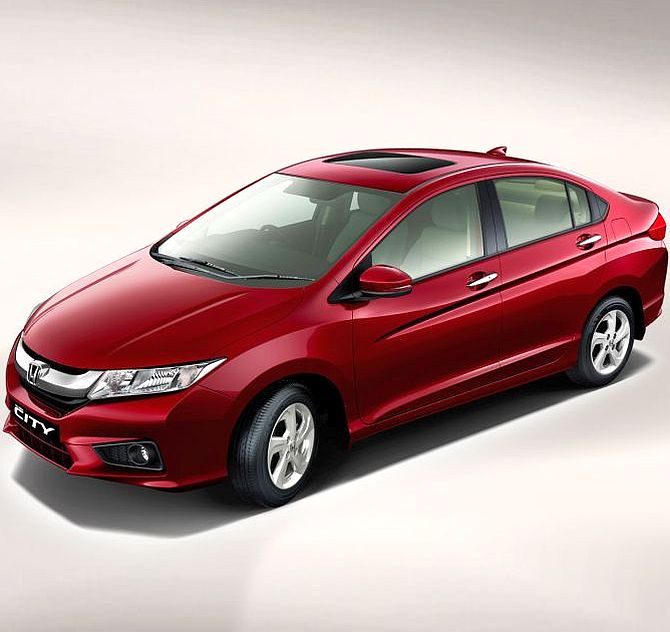 Developed at Honda's R&D centre in Tochigi, Japan, India was the first country to manufacture the sedan even as Honda is all set to take it to 60 countries.

The car is part of Honda's sub-Rs 10-lakh offerings. The company boasts of three models in that segment with two more lined up for launch, later this year.

The multi-purpose vehicle Mobilio and the all-new Jazz will be introduced in the coming months. 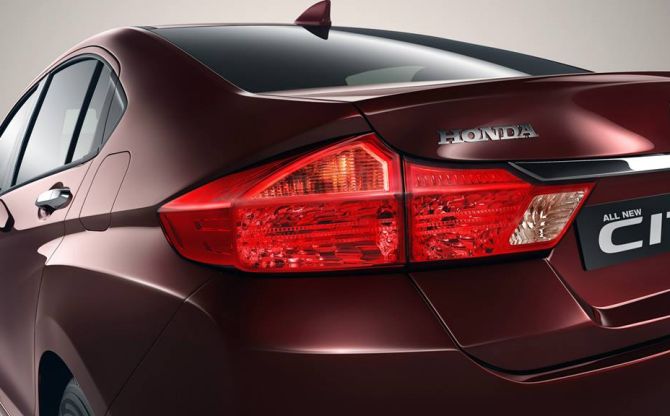 Three years ago Honda found itself on the wrong side of the market when consumers ditched petrol-powered cars for diesel variants. With an all-petrol line-up, demand for Honda's cars had begun to palpably decline.

The Hyundai Verna was offering a diesel range from Rs 8.3 lakh. A high-pitched marketing campaign, aggressive styling and an array of features only fortified Verna's appeal. 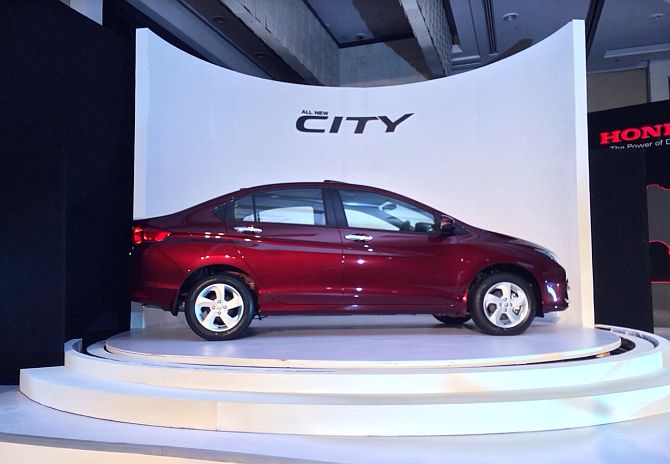 This time around, Honda, which has 19,000 pending bookings for the City, has gone on the offensive with segment-first features. The City's sun-roof, rear AC vents, eight speakers and reverse camera, for example, are usually found in more premium segments.

Honda has kept its pricing neck and neck with the Verna. 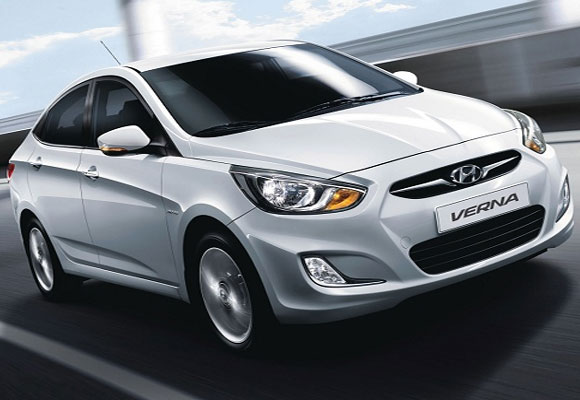 The petrol City is priced only Rs 1,200 more than its Verna counterpart. The diesel variant comes at a premium of under Rs 1,400 over the Verna.

Vindicating the need for a diesel option, the City has seen 75 per cent of its sales driven by the variant.

Jnaneswar Sen, senior vice-president, sales and marketing, Honda Cars India says, "Honda City is a very popular and aspirational car brand in India. The strong demand for the car has been due to its very attractive package for the customers."

No idling time for Hyundai

But Hyundai has never allowed competition to gain on it. The Korean company improved its market share over the past quarters to 31 per cent by last month, as against 29 per cent in the last financial year, and 24 per cent in 2011-12.

However, Honda has reclaimed some of its lost ground with its market share improving to 50 per cent in February as compared to 16 per cent in September, last year.

From September, 2013, Honda had stopped producing the earlier City to clean up inventory with dealers, accounting for the drastic fall. 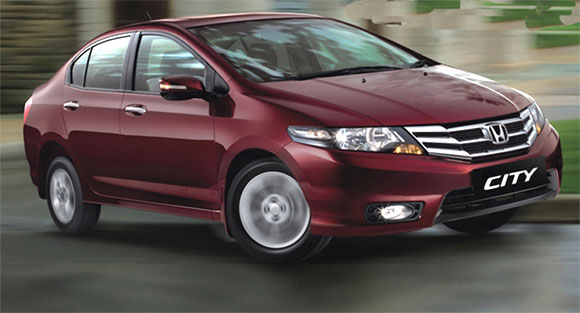 Like the rest of the market, the mid-size sedan segment has seen a decline in demand.

The segment recorded 136,986 units in sales, a drop of 24 per cent in 11 months till February, as against 180,523 units sold in the same period last year. In total, the car segment has recorded a fall of 5 per cent in domestic sales this financial year.

Besides the City and Verna, 11 other models make up the segment. 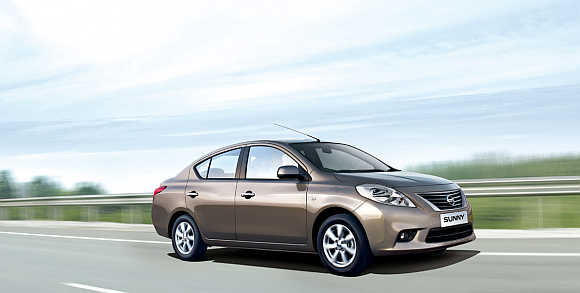 However, many of these models such as Nissan Sunny, Renault Scala, Skoda Rapid, Maruti Suzuki SX4, Tata Manza, Chevrolet Sail, Fiat Linea and Ford Fiesta have failed to live up to expectations created by their launches. 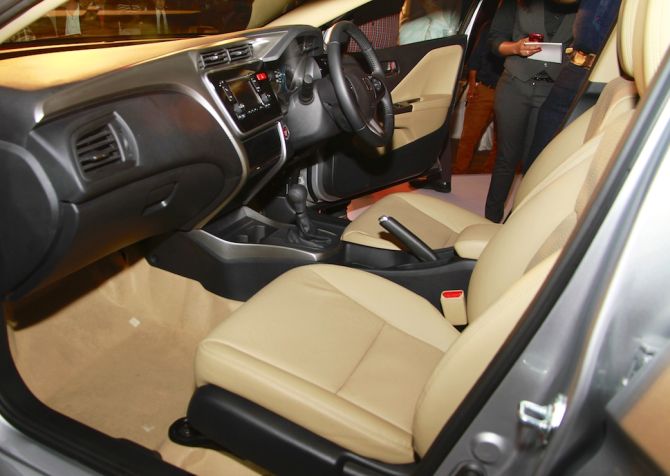 While the diesel version is priced at Rs 8.37 lakh, the petrolCity is lower by Rs 1.18 lakh. 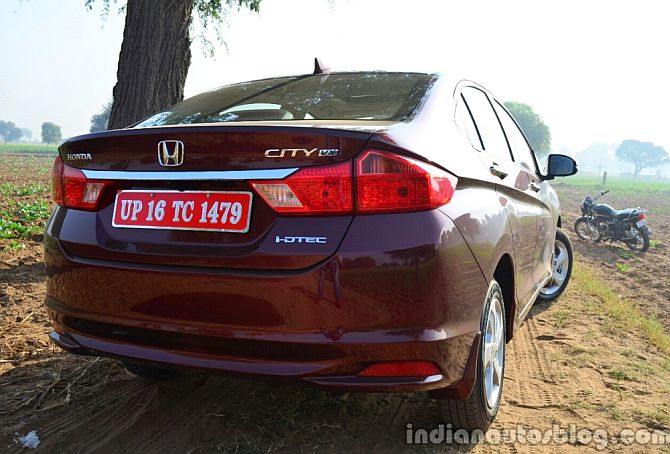 According to Honda, 50 per cent of the City's customers have not considered any other car while making their buying decision.

About 16 per cent of the City buyers are first-time car buyers and seven out of every 10 cars sold are top-grade variants.

"The market response has surpassed our expectations. With additional production capacity available to us from a new plant, we have increased our overall production which will benefit quick delivery of cars and cater to strong demand from customers. We are very confident that the sales of Honda City will dominate the sales in the segment," Sen says.