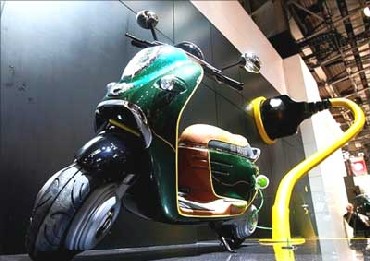 With Budget concessions in place to propel the Indian automobile industry on a green drive, manufacturers are planning electric and hybrid variants of cars and two-wheelers.

However, stakeholders say, infrastructural bottlenecks, lack of affordable technology and high operating costs could make the commercial introduction of eco-friendly vehicles unviable in the near future.

Society of Manufacturers of Electric Vehicle (SMEV) Director Sohinder Gill said: "In the Budget, the finance minister reduced the import duty on batteries from 26 per cent to four per cent.

This would directly translate into reduction in running costs of electric vehicles by a fifth. This, coupled with the incentive scheme announced in November last year, would double the sale of electric two-wheelers in the organised sector in the coming financial year." 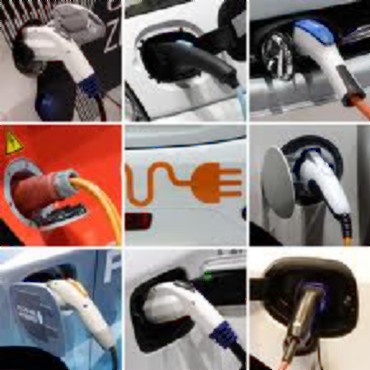 While the sale of two-wheelers is projected to increase from 40,000 units to 80,000 units, electric car sales are expected to rise three-fold to 3,000 units in the year.

The numbers are minuscule, considering around 1.9 million scooters and 2.3 million passenger vehicles have been sold in the domestic market between April and February this financial year.

Bottlenecks arising out of the lack of adequate infrastructure and cutting-edge technology for developing commercially-viable electric and hybrid vehicles could delay the introduction of eco-friendly products in the Indian market. 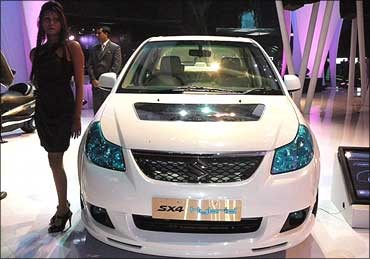 "Electric scooters sold in India today run on lead acid batteries that have to be replaced annually. The batteries today constitute as much as 30 per cent of the cost of an electric vehicle, lessening the appeal of the product. Lithium-ion batteries have a longer life but are too expensive for introduction in the vehicles on Indian roads. Unless technology is developed indigenously or subsidy is provided by the government for this, running costs are unlikely to come down", Gill explained.

Maruti Suzuki India Ltd (MSIL) Chairman R C Bhargava concurred, "There is no electric or hybrid small car available in the market today that is commercially viable for consumers. Electric and hybrid cars require cutting-edge technology and the ones available today fall short in range as well as performance."

The company is, however, not looking to introduce the cars commercially in the near future. 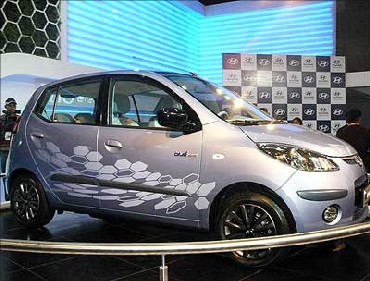 Image: The electric i10

"Even if the technology is developed, there are no charging points available for users. Infrastructure has to be set up to promote the use of electric and hybrid vehicles," Bhargava added.

A spokesperson for Hyundai Motor India Ltd (HMIL) reiterated: "We showcased the electric i10 in the Auto Expo last year. A few cars are running in Korea at present. We have the product and the technology, but, unless infrastructure is put in place and demand is subsequently generated in the market, it does not make sense to introduce the car here."

Finance Minister Pranab Mukherjee proposed to set up a National Mission for Hybrid and Electric Vehicles in the Budget for 2011-12 to encourage manufacturing and selling of alternative fuel-based vehicles in India.

Besides, he also reduced excise duty on development and manufacturing of hybrid vehicle kits to 5 per cent from 10 per cent, and fully exempted Customs and countervailing duty on import of special hybrid parts. 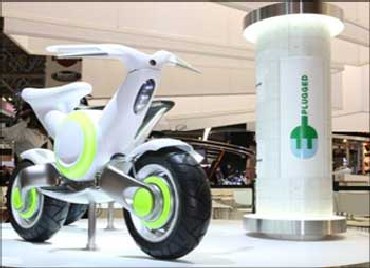 Enthused by the proposals, US-based car manufacturer General Motors is developing an electric version of a small car which would be displayed in June this year.

P Balendran, vice-president, General Motors India, said: "We are considering an electric version of a small car. It would either be a variant of the Spark or the Beat. The car would be showcased in June this year."

He, however, clarified that a commercial introduction would only follow measures initiated by the government to put in place infrastructure for use of electric and hybrid vehicles.

TVS Motors, meanwhile, has already developed an electric variant of Scooty Teenz and a new product for the domestic market. 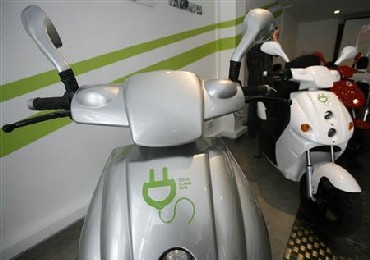 TVS is, however, not optimistic about generating volumes in the segment anytime soon.

"Business in electric scooters picked up in India a few years back, but dropped due to issues with battery technology and withdrawal of subsidies. There is potential in the market with the government announcing a national mission for promoting electric and hybrid vehicles. We do see some proportion of sales coming from the segment over the next five years, the proportion would depend on the kind of infrastructure governments are putting in place in different states", informed TVS Motors President (Marketing) H S Goindi. 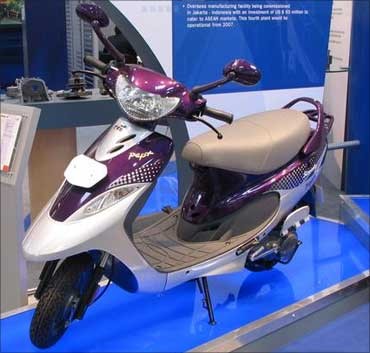 The company had targeted sales of around 40,000 units on an annual basis. However, it stopped the production in May 2009 following a lukewarm response from the market.

"What is required is a national policy on electric and hybrid vehicles to bring momentum to development and use of alternative fuel-based cars and two wheelers in India. Town planners have to adopt the technology and make provisions for developing charging points for electric vehicles, subsidy has to be provided for R&D work in the area. Only then, in the medium to long term, can we expect to see far-reaching implications in the industry, as well as the ecology," said Gill. 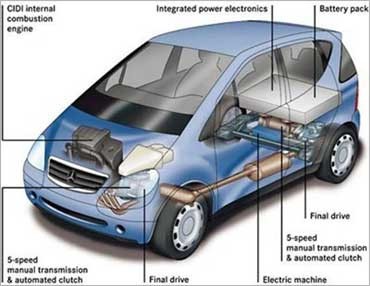 Ashish Sinharoy, vice-president, Renault India said: "The National Mission announced in the Budget is a positive measure, as it will compel the industry and the government to think together on promoting eco-friendly vehicles in the country. Renault is a global leader in EVs and has both electric cars and battery technology. But we will not take a hasty decision to introduce electric vehicles in the Indian market. The project should not fail and, to ensure its success, infrastructure has to be built in alliance with the government."

Honda Siel Cars India had earlier introduced a hybrid version of sedan Civic in India in 2008. The car, which was imported as completely built units (CBU) from Japan, failed to generate the expected response and the product was withdrawn from the market within less than a year of launch.

Civic hybrid was initially priced at Rs 21.5 lakh, but the company managed to sell close to 300 units in total after it slashed prices of the product by Rs 8 lakh. 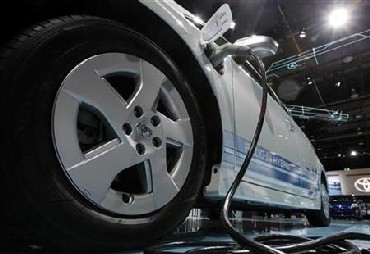 Toyota is the only company which sells the Prius hybrid in India at present. Sandeep Singh, deputy managing director, Toyota Kirloskar  Motors (TKM), said: "The introduction of the National Mission for electric and hybrid vehicles is a welcome step. However, it will be some time before the hybrid market in India grows. TKM had introduced the Prius to create awareness about the hybrids, the market for which is still at a nascent stage in India."

Mahindra Reva, the sole maker of electric cars in the country, expects to sell 3,000 units this year. A senior SMEV official said the increase in sales was largely on the back of the incentive scheme announced by the new and renewable energy ministry last November. 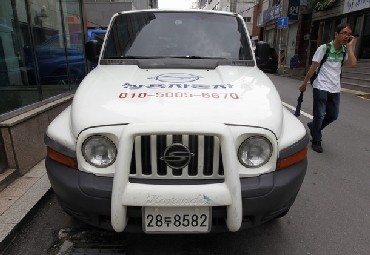 Under the Rs 95-crore package for electric vehicle makers for the remaining part of the 11th plan, the government provided incentives of up to 20 per cent on ex-factory prices of the vehicles, subject to a maximum limit.

Mahindra & Mahindra is also said to be considering an electric variant of Korando (a crossover product from the Ssangyong portfolio) for introduction in the India market.