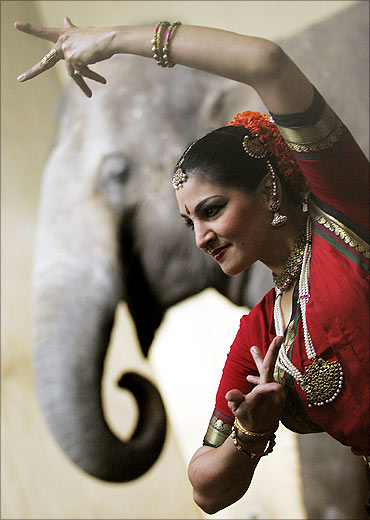 Image: Exit polls indicate that voters have turfed out the coalition government led by the Congress party.
Photographs: Reuters Rafael Nam and Abhishek Vishnoi in Mumbai

Investors added to bets that Indian opposition leader Narendra Modi would score a decisive election win, sending markets to fresh highs on Tuesday at the same time as piling pressure on the next government to deliver swift results on the economy.

Exit polls for the world's biggest election indicate that voters have turfed out the coalition government led by the Congress party, which has presided over a slump in economic growth and been troubled by a string of corruption scandals.

More than half a billion people voted in five weeks of staggered balloting -- the largest ever exercise in democracy. 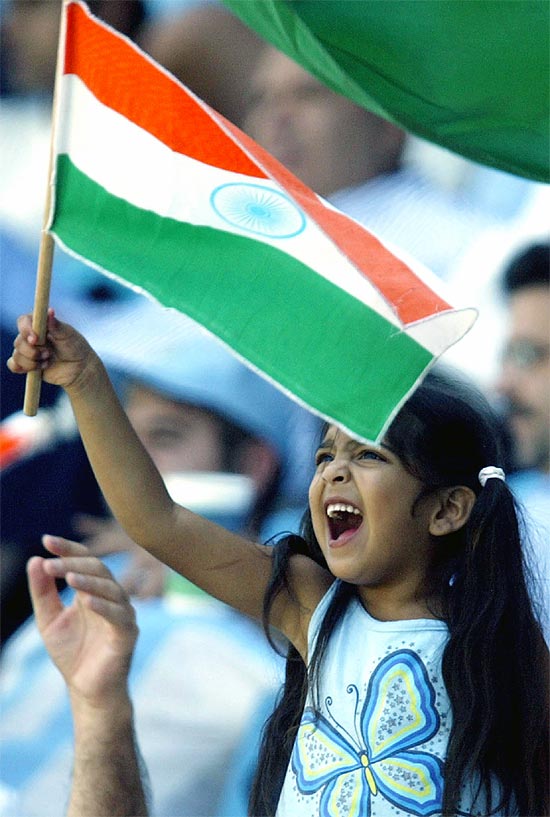 The vote wrapped up on Monday and official results will be announced on Friday.

Indian shares posted fresh record highs on Tuesday and the rupee hit a 10-month peak after the polls bolstered expectations that Modi's Bharatiya Janata Party and its allies would clinch the 272 parliamentary seats needed for a ruling majority.

Those projections may have altered expectations ahead of the actual results, according to some brokers and investors. 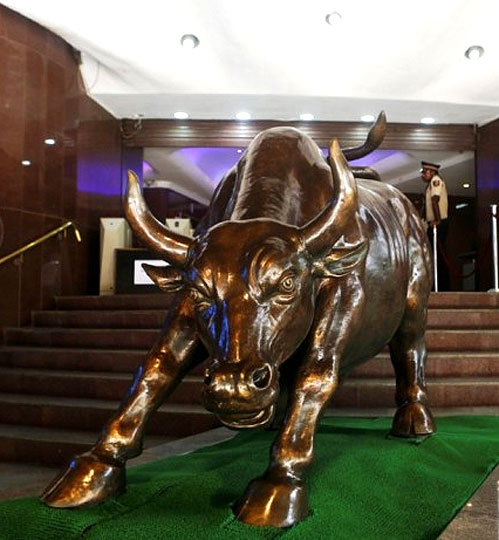 Image: The Bull at the Bombay Stock Exchange.
Photographs: Reuters

They now say that even a number of 240 seats or below, which until Monday had been widely forecast, would prove disappointing to markets.

Exit polls in India are notoriously unreliable and in the past two elections have overstated the BJP's seat haul, which some observers attribute to a greater willingness by urban BJP supporters to state which party they voted for.

The left-leaning Congress party's base tends to be poor and rural.

"The base for the base case has shifted and the market is now in for an even trickier Friday than it was yesterday," Rahul Arora, chief executive officer of the institutional equities business of brokerage Nirmal Bang, wrote in an email to clients. 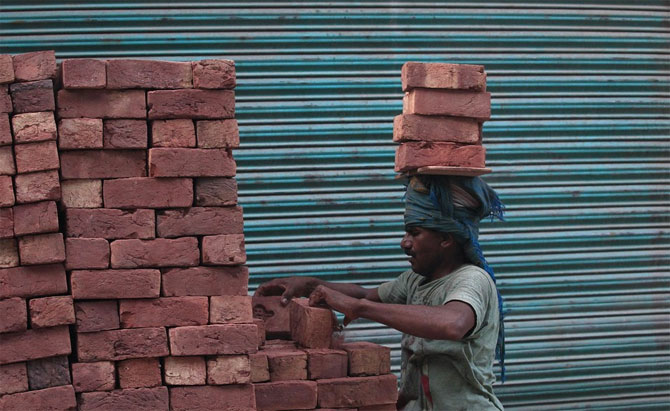 Investors hope Modi will drive home a pro-growth agenda the way he did as chief minister of Gujarat state, where he has enjoyed an electoral mandate that he would not have as prime minister even under the most optimistic scenario for his party.

Other uncertainties include a central bank governor who last week vowed to maintain his focus on inflation at a time when the BJP and its partners in the National Democratic Alliance have campaigned on reviving economic growth.

India's NSE index jumped as much as 2.3 per cent to 7,172.35 points on Tuesday and has soared by nearly a fifth since Modi became the BJP's candidate for prime minister on September 13. 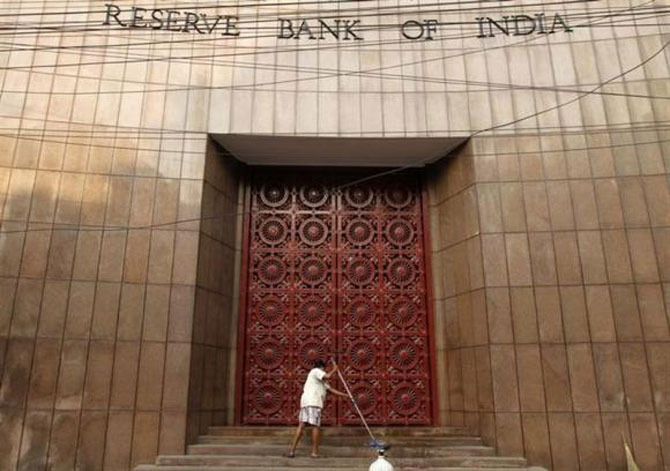 Some in the market warn that investors will need to see more proof that corporate earnings are on the mend before pushing shares up much further, even as forward price-to-earnings multiples are historically inexpensive at around 15 times.

The rupee, meanwhile, hovered near a 10-month high and 15 per cent above the record low hit in late August when India was gripped by its worst market turmoil since a balance of payments crisis in 1991.

Further rupee gains could prove elusive as the Reserve Bank of India has been buying dollars in a bid to bolster its foreign exchange reserves.

Bond investors will focus on the RBI's monetary policy review on June 3 after central bank Governor Raghuram Rajan on Friday reiterated that he - and not the Indian government -- was responsible for setting monetary policy.

Although Rajan is expected to keep interest rates on hold next month after data on Monday showed consumer inflation rising only a tad in April, any big uptick in food prices could trigger central bank tightening, analysts said. 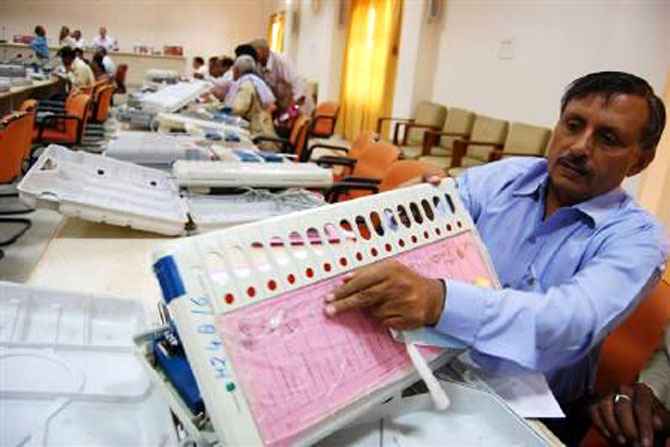 Investors, and credit rating agencies, will also closely examine the policies of any new government at a time when the country's fiscal deficit is being contained by measures such as curbs on gold imports that may prove unsustainable.

"A lot would depend on policies and decision-making."