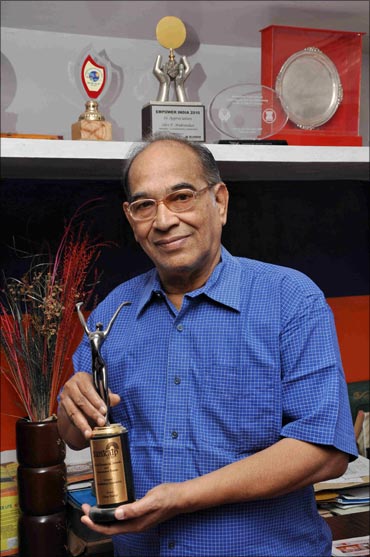 Retirement at 60 means a relaxed life for most people. Not so for 70-year-old P Mukundan, managing director of Servals Automation Pvt Ltd, though.

He did retire from his busy business life at 60 but chose to become a social entrepreneur after that. He started a social enterprise that is 'for-profit' but that touches the lives of those who live in rural areas all over the world.

In 2002, Mukundan started manufacturing Venus kerosene burners that reduce fuel usage by 30 per cent. From 2,000 burners in the first month, today Servals sells 120,000 such burners every month.

The other products for the rural world are a stove that runs on plant oil and a TLUD (Top Lit Updraft) wood stove which won the Sankalp Award in 2010.

In this short span of nine years, he was chosen by the Confederation of Indian Industry as one of the most interesting 108 entrepreneurs in India.

In 2005, he won an award in the 'Most Fuel Efficient Stove' category from the PASASA (Paraffin Safety Association of South Africa), promoted by leading global petroleum companies such as Shell and British Petroleum.

Servals was also identified by Cornell University, US, as a case study in their Sustainable Global Enterprise Project. It was also one of the eight companies identified by InfoDev (a World Bank programme) as leading the technological innovation for managing climate change.

Servals was also nominated as a World Economic Forum Technology Pioneer Candidate for 2011.

Here is the unusual journey of the 70-year-old social entrepreneur. 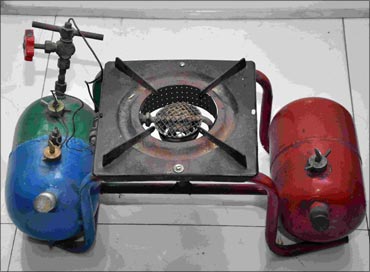 A social entrepreneur after retirement

Throughout my life, I was on the small-scale industry scene and I was doing things that were somewhat innovative.

The triggering point in getting into social entrepreneurship after my retirement was meeting Paul Basil of Villgro. Together we founded Rural Innovation Network, which is Villgro now.

He was trying to identify rural innovators at the time. I decided to join hands with him and work for rural India. RIN didn't do any business then; it only identified business models. But today, as Villgro, it is into incubation funding.

We took Rain Gun as our first product which was designed by an elderly gentleman and started manufacturing it. Unfortunately, Rain Gun was not a big success because the year in which we launched it, there was a drought in Tamil Nadu.

I also learnt that selling a standalone agricultural product in rural areas is a big challenge; you need to have a host of products. 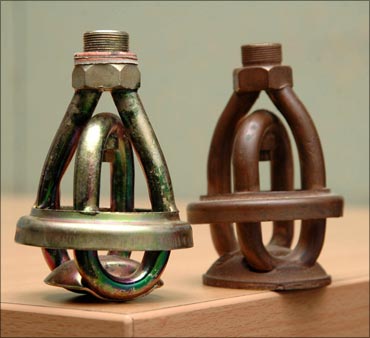 At that time, the concept of social investment also was taking root in India. Mumbai-based Aavishkaar India Micro Venture Capital Fund (AIMVCF) made an investment of Rs 800,000 and picked up a 49 per cent stake in Servals Automation.

This is the first such micro venture investment of its kind in India, if not the world over.

Today, we have investments from ERM (Environmental Resources Management) Foundation based in the United Kingdom as they invest in low carbon initiatives.

Last year, International Finance Corporation, a member of the World Bank Group's Grass Roots Business Fund, also invested in us as the product has a positive impact on the globe itself. 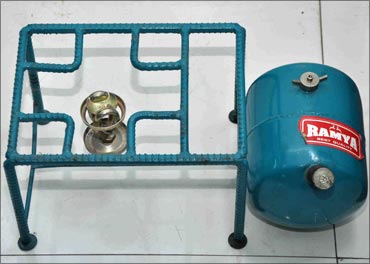 Venus burner becomes the next product

Servals bought the manufacturing and marketing rights of the Venus burners that uses 30 per cent less kerosene than other existing burners in the market.

It was designed by V Thyagarajan, an engineer who once worked as APJ Abdul Kalam's lab assistant. Thyagarajan also joined our company as our chief of production and looks after the technical aspects.

At that time, the burner was made of brass and it was a single piece design and that made it expensive.

So, we decided to change the material to copper braced with mild steel. That made the burner less expensive at Rs 65. We sell it at Rs 35 to our distributors.

This innovation happened in 2004 and in 2005, we won in the 'Most Fuel Efficient Stove' category from the PASASA (Paraffin Safety Association of South Africa). It was a big breakthrough for us and the product. 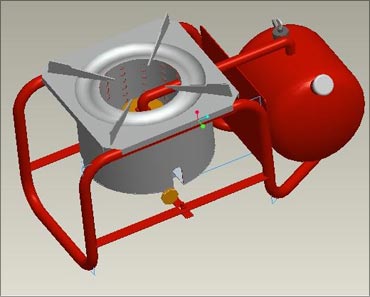 Now, we have started manufacturing Kerosene stoves fitted with Venus burners, priced at Rs 500. We sell them to distributors at Rs 350 apiece.

Our market is not confined to Indian rural market alone; we export to almost all the developing countries. SAARC (South Asian Association for Regional Cooperation) countries and Africa are very big markets for us.

I started Servals Automation Pvt Ltd as a social enterprise. So making profits is not my aim. I am not into make a living by selling these burners and stoves. My aim is to take technology to the common man.

That is why we sell our products through NGOs and self-help groups (SHGs) at a lower price. 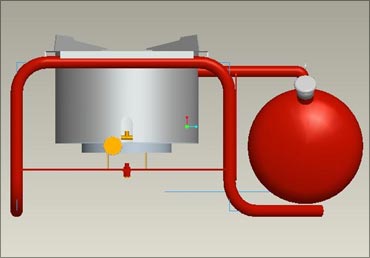 Our second major product is a plant-oil stove. We have an in-house research wing supported by Rockefeller Foundation and Lamelson Foundation.

Though we manufacture successful kerosene stoves and burners as a part of energy conservation, we wanted to avoid using kerosene as a fuel and use renewable energy. That is how we designed the plant-oil stove.

Here, you use the locally available non-edible plant oil instead of kerosene. This is a first-of-its-kind-in-the-world initiative. This endeavour's ultimate mission is to promote rural energy independence.

The product has not caught up as plant-oil is not available in India. But we consider this as a major product which will be useful in future. 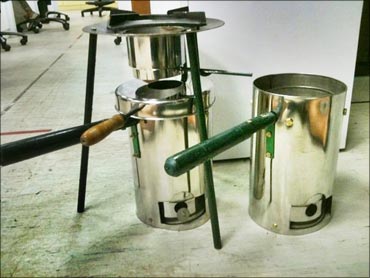 We happened to develop contacts with Dr Paul Anderson, a retired American professor. He was dreaming of a new kind of stove and had a design in mind. We worked together and came out with the TLUD Wood Gasifier Stove.

TLUD means Top Lit Updraft. This is different from most of the ordinary cooking stoves which are Bottom Lit Updraft. There is a lot of interest in TLUD technology around the world since this saves around 65-75 per cent fuel material compared to a traditional 3-stone fire wood stove.

It also reduces the cooking time by half.

Another major advantage is that while other stoves leave ash, our stove leaves charcoal which is a value-added product, that is, it can be sold. The stove is priced Rs 2,400. 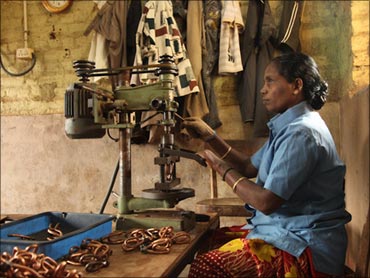 Our manufacturing units (Koothambakkam village, Adambakkam, and two units in Kovilambakkam) are through NGOs and self-help groups as an income-generation activity for the women of the area.

A majority of our employees are women. We sell through major prominent NGOs like Hand in Hand.

Under the clean energy category, TLUD Stove won the award. 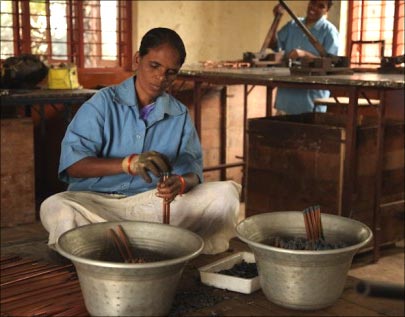 My dream is to produce rural energy entrepreneurs so that rural areas are energy-independent. Oil-producing plants should be grown in India and someone can collect the seeds and crush and produce oil.

Rural households with the plant oil stoves can use straight vegetable oil. Those who collect seeds can be independent suppliers of oil in the area.

This way, rural households would not have to depend on the government for LPG (liquefied petroleum gas) or kerosene.

My dream is to be known as a person who started a company that contributes to the welfare of rural society.