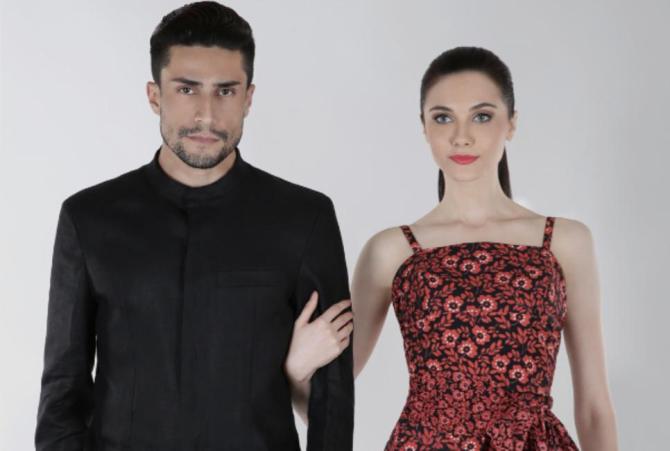 The reinvention of one of India’s best-known ethnic-wear brands, Fabindia, will be swift this summer.

It plans on expanding its new western-wear line, Fabels, quickly with 10 company-owned stores stocking the brand that will be taken to a total of twenty stores by the end of this fiscal.

By then, Fabindia would also have launched an exclusive Fabels store and increase the count to about eight by next year.

If that is not enough, Fabindia will push Fabels into multi-brand outlets, something it resolutely avoided for its flagship brand. 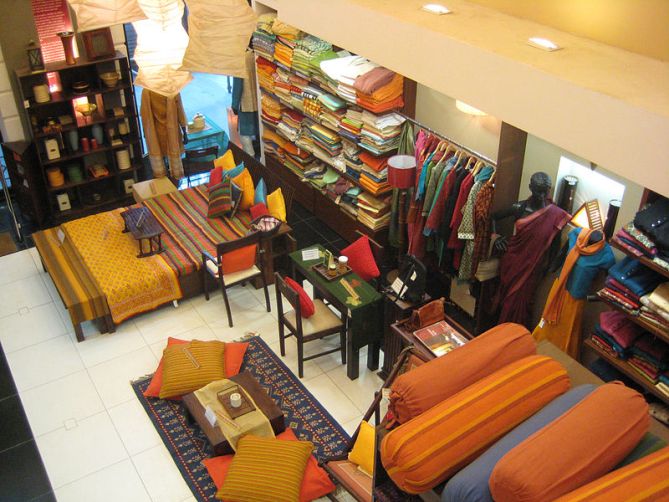 Fusion-wear is not new to Fabindia that has been selling ethnic shirts and tops for long.

But it is banking on Fabels to capture the younger audience who are making a beeline for brands such as Zara and Mango for their casual and formal-wear.

William Bissell, Fabindia MD, has reportedly said that the younger buyer’s need for western-wear can no longer be answered by ethnic-wear.

It was not able to scale up its first foray in western-wear -- its acquisition of stake in East, a UK-based brand.

The premium brand was expected to provide lessons on western-wear to the chain at the time of its purchase.

For now, East, which had an outlet next to Fabindia’s store in the tony neighbourhood of Bandra in Mumbai, will be pushed in markets abroad such as Singapore (by September-October this year), besides its home market, the UK. 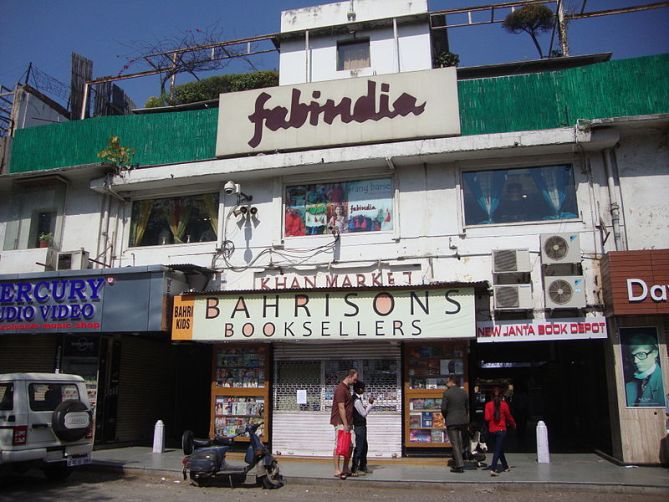 Image: For its new brand, Fabindia will break one more self-imposed rule -- that of refraining from mainstream advertising, besides the odd print ad.
Photographs: Vasenka/Wikimedia Commons

Fabindia has had capital infusion from L Capital which is the private equity arm of LVMH and Premji Invest.

For its new brand, Fabindia will break one more self-imposed rule -- that of refraining from mainstream advertising, besides the odd print ad.

It would advertise Fabels aggressively across mass media.

In about two-three years, Fabels will be available in all Fabindia stores in India.

In the online space, Fabels will be pushed via an e-commerce platform that Fabindia will launch in about three months, in an attempt to tap the growing base of online shoppers. 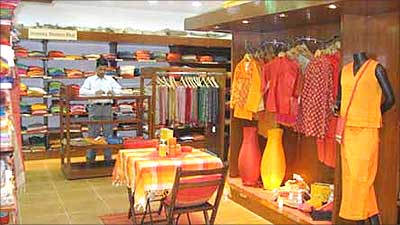 While Fabindia does have an exclusive partnership with e-tailer Myntra, Datta says that it makes perfect sense to have a platform of its own.

The tearing hurry with Fabels is because Fabindia is coming around to the idea that the moolah lies in western-wear rather than ethnic-wear now because of a more eager audience.

“The menswear section is 85 per cent western and 15 per cent Indian.

“But the big growth driver is in the womenswear section, where the western-wear segment, pegged at Rs 10,000 crore (Rs 100 billion), is growing at 20-22 per cent per annum. 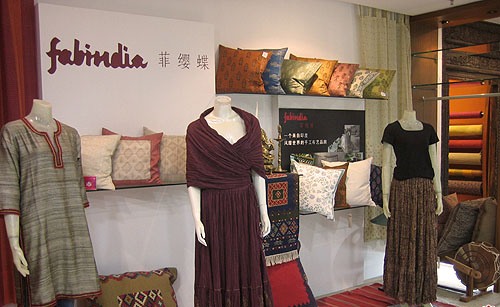 Image: Fabindia has been dabbling in fusion-wear and its ethnic tops, trousers, skirts that had a western finish.

Even on the men’s side, says Datta, traction for western-wear remains higher than Indian-wear, which is largely restricted to special occasions such as weddings, festivals or Independence and Republic Day celebrations.

Keeping these trends in mind, says Datta, the time was just right for the 54-year-old apparel brand made from handloom texiles sourced from craftsmen across the country, to foray into western-wear.

But the Indian ethos hasn’t been replaced altogether: “The western cuts and fits have been adapted to Indian fabric, making it uniquely Indo-western”, he says.

Fabindia has been dabbling in fusion-wear and its ethnic tops, trousers, skirts that had a western finish have helped it clock revenues of Rs 120 crore (Rs 1.2 billion) in the last few years.

The company now proposes to double this turnover in the next few years on the back of the double-digit growth that the fusion-wear line is seeing.

“In many ways, the preference for this Indo-western-wear reflects the growing tastes and aspirations of young Indians,” says Harish Bijoor, CEO, Harish Bijoor Consults. 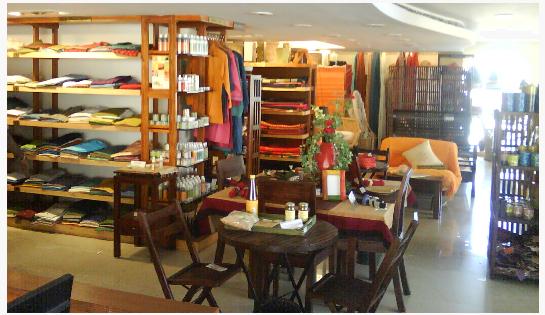 Not the only fab Indian

Ethnic-wear brands such as Biba, W, Aurelia and GlobalDesi are embracing Indo-western fusion for the same reason.

And many are not restricting themselves to the Indian market alone, setting their sights on international operations.

According to industry estimates, the market for Indian ethnic fashion abroad is pegged at over Rs 10,000 crore (Rs 100 billion) and with a large community of non-resident Indians, it makes perfect sense to reach out to them, say experts.

The company is expected to add a store in Hong Kong shortly and will convert Singapore into a hub for operations for the eastern region and Dubai for West Asia.