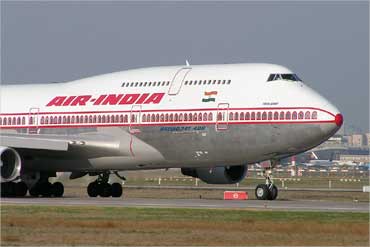 Virtually ruling out plans to develop a global hub in Europe, Air India has decided to create a major operations centre in Dubai for the huge traffic demand from various parts of the country.

The decision to build a hub in Dubai was taken because "there is a lot of demand for traffic from the Gulf to various points in India" and the maximum number of flights operated there, Air India CMD Arvind Jadhav said in Dubai on Monday.

His statement came as Civil Aviation Minister Vayalar Ravi said the government was considering extending financial support to Air India and discussions were going on between the airline management and bank consortium to convert its high interest loans to low interest ones.

"I may have to do the next round of discussion with the finance minister. They have made some suggestions on how to go about it and save money. They asked us to save Rs 5,000 crore (Rs 50 billion) per year. How to do that is one question. So we have to increase the income," Ravi told PTI. 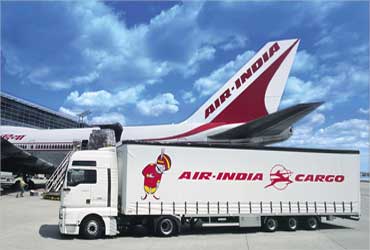 He said the bank interest was very high "so reducing it or getting moratorium is another question. These are the issues to be discussed with the Finance Ministry, banks and the Reserve Bank and then only we can come to a conclusion", he said.

The minister, who is also the Overseas Indian Affairs Minister, was speaking on the eve of the inauguration of the Air India hub.

Air India had started hub operations in Frankfurt which it closed down a few months ago. It was also looking at some other locations in Europe.

Speaking on the hub, Jadhav said "because a lot of demand is coming out of the entire country so we can't take all of them in Delhi or Mumbai and bring them to Dubai.

"It suits the requirement where we have to realize that growth is not only from Mumbai and Delhi but also from other parts of the country such as UP, Bihar, Tamil Nadu, Maharashtra and other places," he said. 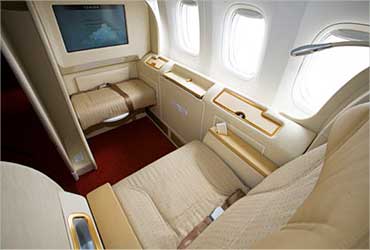 The airline's CMD said the company wants to use resources more effectively and ensure that on time performance gets better.

"We have to keep our aircraft in a place where there are maximum number of flights. Outside Delhi and Mumbai, the largest number of flights is in Dubai," he said, adding that after making hubs in Mumbai and Delhi, the "logical step" was to make a hub in Dubai in order to utilise resources and become more competitive.

On the rising oil prices and its impact on cost, Jadhav said the airline was not being able to increase its revenues because the oil prices were affecting its cost.

"But at the same time we are not bleeding as much as we were last time," he said, adding that if the fuel price was not rising as it was now, the airline would have actually been showing a turnaround.

"Whatever savings we earned through operations iseaten away by oil prices. We are increasing our fares little here and there, but where we are sustaining because of efficiency in our operation areas that saving is eaten away by rising fuel prices. 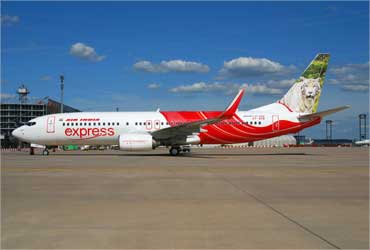 Speaking on the occasion, Air India's Independent Director M A Yousuf Ali said that an Air India base in Dubai was a timely decision.

"The national carrier's sales in the Gulf region touched Rs 2,100 crore (Rs 21 billion) last year with a seat load factor of 74 per cent, which is the airline's highest in the world," he said adding that Air India has been focusing on operational efficiency and fleet upgradation in recent months.

Ali admitted that the airline was passing through financial difficulties adding that the Gulf region was "crucial to its turnaround".

"The governments in the Gulf are also ready to extend greater cooperation to Air India in terms of bases and other areas," he added.