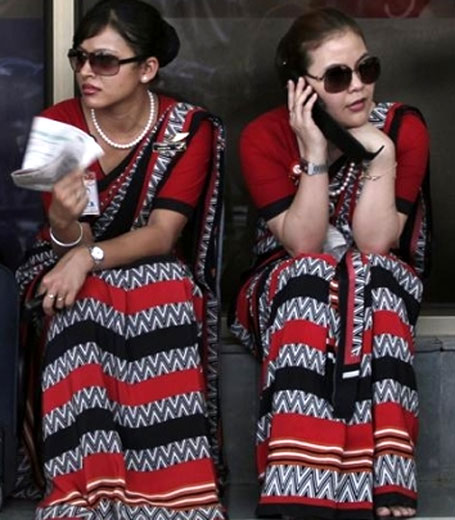 Image: The national carrier has been mulling measures to rationalise the number of recognised unions in the airline.
Photographs: Reuters Sharmistha Mukherjee in New Delhi

The Air India board has approved a proposal for drastically cutting down the number of recognised unions in the airline late last month -- a move that may facilitate efficient decision making during negotiations between union representatives and the management.

"We are now primarily working on three issues.

"We have to determine the unions which will be eligible to contest the elections, the constituencies and the finalise the electoral procedures.”

Elections could be held as soon as the end of the current month.

The national carrier has been mulling measures to rationalise the number of recognised unions in the airline from 15 currently to 2 -- one union would be for pilots and the second would represent all other employees.

The selection of the two unions will be done through an electoral process.

“As per the electoral norms decided upon if any union which gets more than 50% of the votes it would be recognised by the management.

"If, however, a union ends up with 35% of the votes there could be one major and one minor union.

"So theoretically there is a chance that the mainline airline body and AIESL can have four instead of two unions each. But for all practical purposes the intention is to have five recognised unions between Air India and its two subsidiaries”, added the executive. 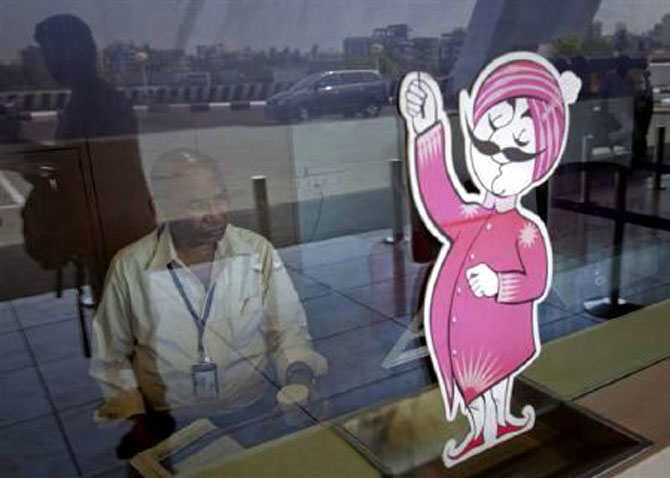 A committee headed by Krishna Mohan Sahni (former secretary, Ministry of Labour) had submitted its final report to Air India recommending modalities for the rationalisation drive earlier in April this year.

The committee members talked with a cross-section of people and took into account views of all factions.

They have recommended norms for recognising and synergising operations between unions associated with erstwhile Air India and Indian Airlines.

The committee held as many as 31 meeting with about 660 employees.

The total strength of Air India employees is estimated at 25,000 (including the airline’s MRO and ground handling subsidiaries).

Once implemented, this would be the single largest transformative measure in human resources in the history of the airline.

“Multiplicity of unions leads to conflicting demands which often comes in the way of fruitful negotiations. We are looking at scaling down the number of recognised unions through elections”, a second executive added. 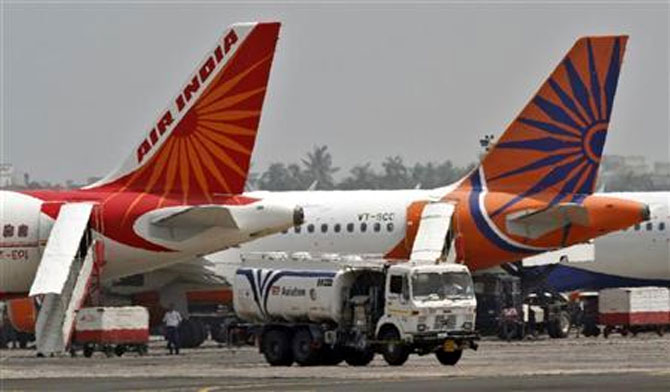 Image: Analysts have given thumbs up to Air India's plan.
Photographs: Vivek Prakash/Reuters

The process to decide on the number of unions involved Indian Railways as many as 1.4 million railway employees, who decided through secret ballot the leadership of its trade unions.

Bigger unions are in support of the plan.

“We are open to the plan of unification of unions.

"However, we are against the management's proposal of three separate unions for engineers for Air India, AIESL and AIATSL,” said a member of Aviation Industry Employees Guild -- largest representative body of erstwhile Air India employees.

Analysts have given thumbs up to Air India's plan.

“Rationalising the number of unions at AI is a long-pending reform.

"The AI management will have fewer union leaders to talk to and the conversation is likely to be more mature.

"Fewer unions also means that they would have higher bargaining power to get their legitimate demands accepted, rather than being pitted one against the other.

"Multiplicity of unions helps none, other than, perhaps, the union leaders,” said Amber Dubey, partner and head of aviation at global consultancy KPMG.

“No one has forgotten the debilitating pilot strike during the peak summer season last year.

The Indian Pilots' Guild, which represents pilots of erstwhile Air India, went on a 58-day strike in May 2012 to protest against the promotion procedure and the induction of erstwhile Indian Airlines pilots in training programmes to fly Dreamliners.