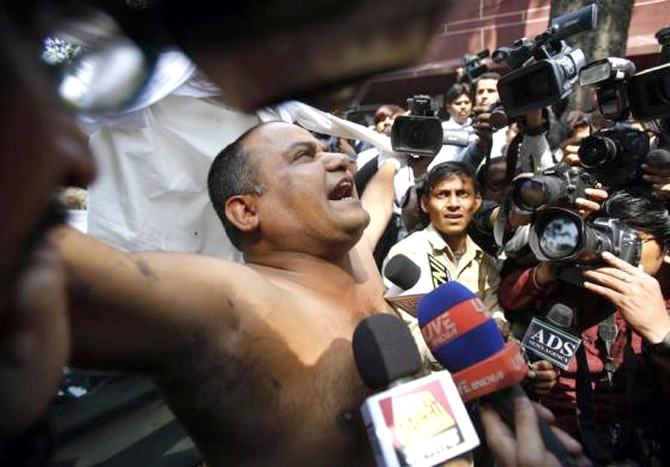 The lawyer, who threw black ink at Sahara Group chief Subrata Roy in the Supreme Court premises on Tuesday, was today sent to Tihar jail by a Delhi court after he failed to get a surety for his bail.

Manoj Sharma was produced before Special Executive Magistrate Rai Singh Khatri who remanded him in judicial custody till March 11 after the police did not seek his custodial interrogation.

The police has booked Sharma under section 107 (abetment) and 151 (knowingly joining or continuing in assembly of five or more persons after it has been commanded to disperse) of IPC. 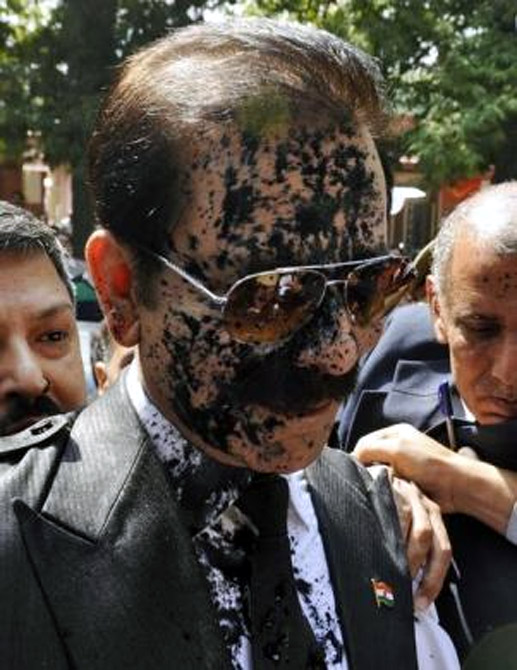 Image: Subrata Roy after ink was thrown on his face at the Supreme Court premises.
Photographs: Anindito Mukherjee/Reuters

The magistrate granted bail to Sharma but he was sent in judicial custody after he failed to get surety on his behalf. Police also informed the magistrate that Sharma is facing trial in many other cases and is allegedly mentally unsound.

Sharma had thrown ink on Roy when Sahara Chief was brought to the apex court for production in a contempt matter in which non-bailable warrant was issued against him.

Police also told the court that Sharma is the same person who had hurled a slipper at Congress leader Suresh Kalmadi in April 2010 when he was brought in custody in a Commonwealth Games graft case. 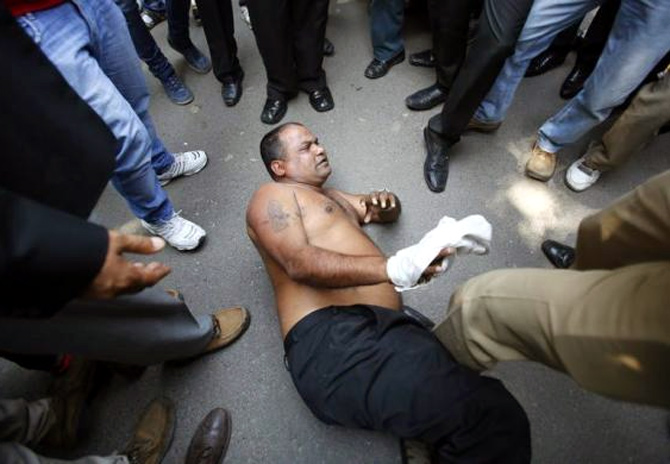 He had also been once arrested for allegedly beating Gwalior's SDM.

In 2005-06, to prove high level of corruption in authorities, he had got a fake death certificate issued in the name of former prime minister Atal Bihari Vajpayee.

Sharma, who has a wife and three children, has served as joint secretary of Gwalior Bar Council, police said.