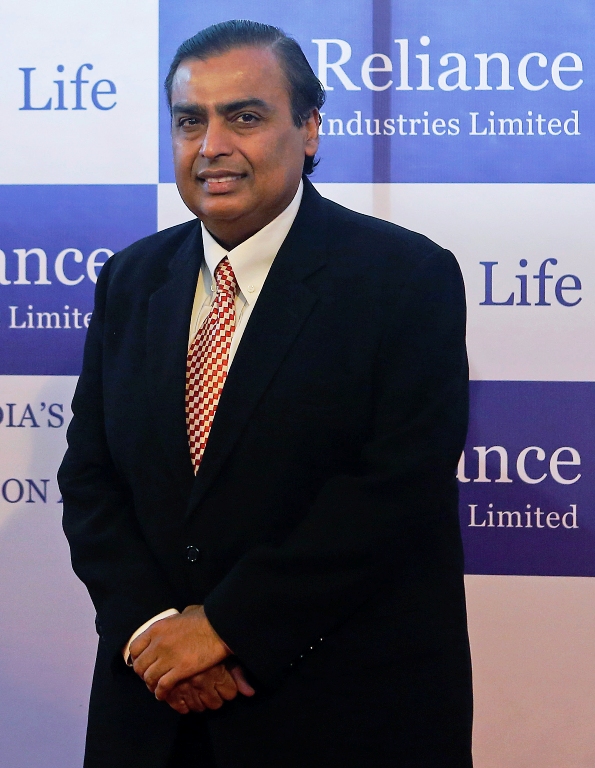 The beige ‘R’ logo of the company turned to a bright red and blue in 2006, as the petrochemical giant entered the retail business.

This year, it has added three new colours to the famous R -- light orange, sky blue and purple as it vies for attention of almost a billion mobile phone users, to launch its 4G data services under the brand Reliance Jio.

Chances are the logo would get even more colourful as its steps into new areas going forward.

“Reliance is a company that is largely business-to-business.

The addition of a colour in the logo of newer segments such as retail and telecom signifies its entry into consumer businesses, which are more vibrant. 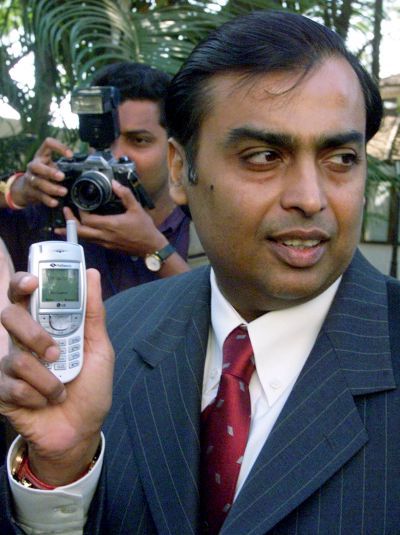 “To me this also implies the evolution of the group, a shift from B2B to business-to-consumer (B2C),” says Anmol Dhar, managing director of Superbrands India.

Reliance Jio Infocomm, which carries three colours in its logo, is also the third business that the Mukesh Ambani-owned conglomerate has entered into -- after the business was split between him and brother Anil almost a decade ago.

Mukesh, the elder of the siblings, retained the legacy logo and the name ‘Reliance Industries’ to himself, even as he gave up the telecom business to his younger brother.

He’s hoping the number three would spell magic for him.

“Without a question,” says Ramesh Jude Thomas, president, Equitor Consulting, “adding colour has been the key differentiator between Reliance’s newer verticals and its core business.” 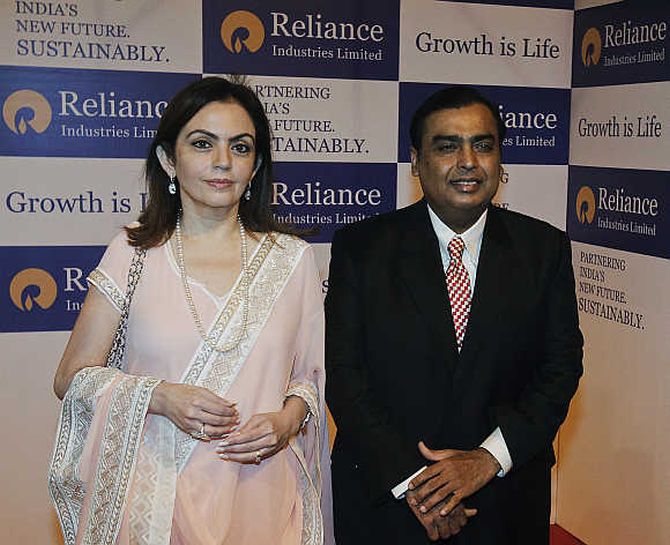 But will it work?

A G Krishnamurthy, former chairman & MD, Mudra Communications, who was involved in the conceptualisation of the original R logo, says: “The group has attempted to maintain continuity with the word Reliance in the logos of the two new verticals.

“At the same time, the group is also looking to help the two verticals stand on their feet with the usage of different colours."

This approach, however, is fraught with risks, say some brand experts.

The salt-to-software Tata group, for instance, has one logo -- a white T embossed in a sea of blue -- running right across its consumer and B2B businesses.

"While adding colour is good especially when shifting from a B2B to a B2C business, the lack of a common thread can be dangerous.

“Consumers may not see a proper fit between the core and newer businesses," says Thomas. 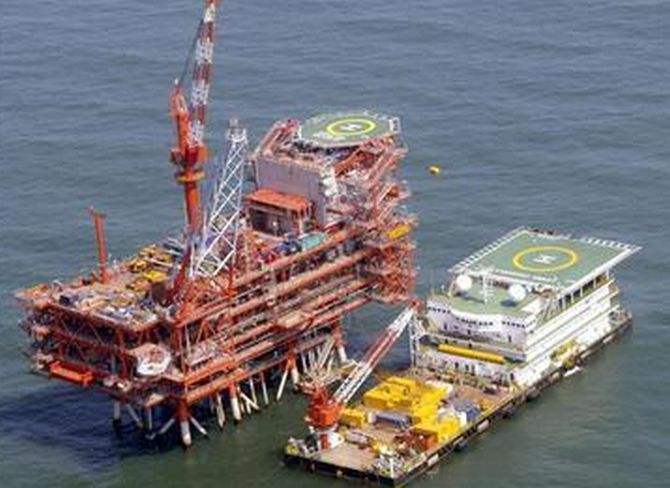 Image: RIL's KG-D6's control and raiser platform is seen off the Bay of Bengal in this undated handout photo.
Photographs: Reuters

These perception issues have hit Reliance's brand valuation at some level.

Its no secret that the R has consistently ranked below the T in brand valuation surveys. According to Brand Finance, the UK-based brand valuation firm, the Tata group improved its  brand value from $18.16 billion in 2013 to $21.1 in 2014 and its brand rating from AAA- to AA+.

Last year, its brand value stood at $3.7 billion. Rating-wise, the R was down to AA from AA+.

Interestingly, the Tatas have consistently improved their ranking since being inducted into the Top 100 list of global brands by Brand Finance in 2007.