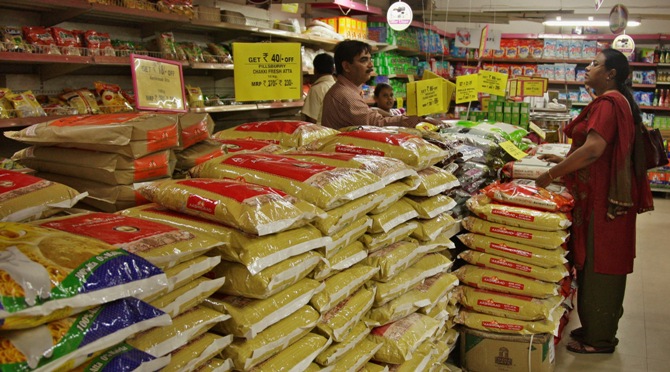 Image: Customers shop at a superstore inside a mall in Allahabad.
Photographs: Jitendra Prakash/Reuters Nayanima Basu in New Delhi

Contrary to the perception that a Bharatiya Janata Party-led government might prohibit foreign direct investment in sectors like multi-brand retail, senior bureaucrats believe the FDI regime could be further opened up.

“Any new government, even if it is headed by BJP, understands and realises very well that the country needs foreign capital.

“The easiest way to get it is through liberalising the FDI policy,” says a top official, asking not to be named.

FDI inflows into the country have been declining over the past two years despite policy easing in about a dozen sectors. 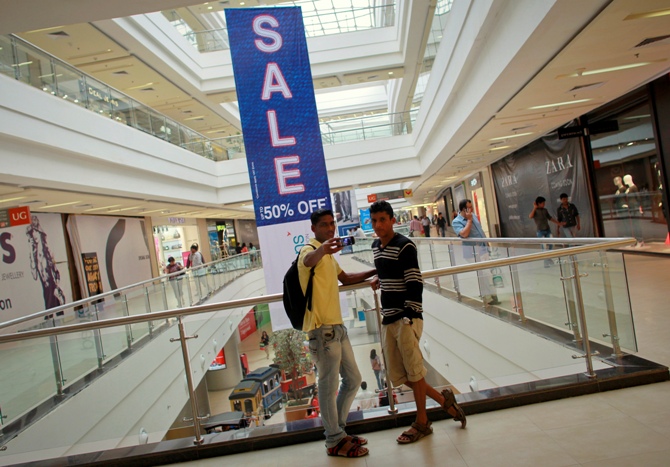 Image: A shopper takes a photograph with his mobile phone inside a shopping mall in Mumbai.
Photographs: Danish Siddiqui/Reuters

According to the official, BJP leaders like Rajnath Singh and Arun Jaitley gave a clear indication during their meetings with bureaucrats that the party, if it came to power, would look to deepen the FDI policy, albeit in a calibrated manner.

Once the government settled down, it would kick-start the process of allowing foreign investment in e-commerce, followed by railways and real estate.

But the most important thing that came through was that the party did not intend to reverse the FDI policy for multi-brand retail, said the bureaucrats Business Standard spoke to. 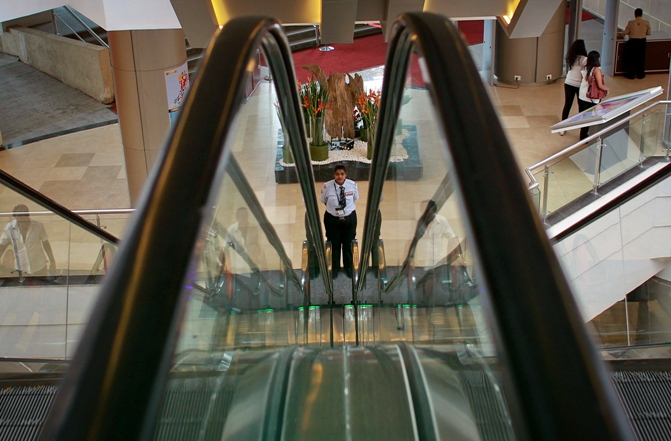 Image: A security guard stands between escalators inside a shopping mall in Mumbai.
Photographs: Danish Siddiqui/Reuters

Another official privy to the discussions said BJP would not only stay with the decision on multi-brand retail FDI but it might relax some of the stiff riders in the policy, though gradually, to make the policy more investor-friendly.

Foreign retailers from the US and Europe, as well as some big chains from the Association of Southeast Asian Nations have opposed the current FDI policy for multi-brand retail, citing conditions like 30 per cent domestic sourcing from small and medium enterprises.

Another bone of contention was the fact that the policy, rolled out in September 2012, was structured as a state-enabling decision. 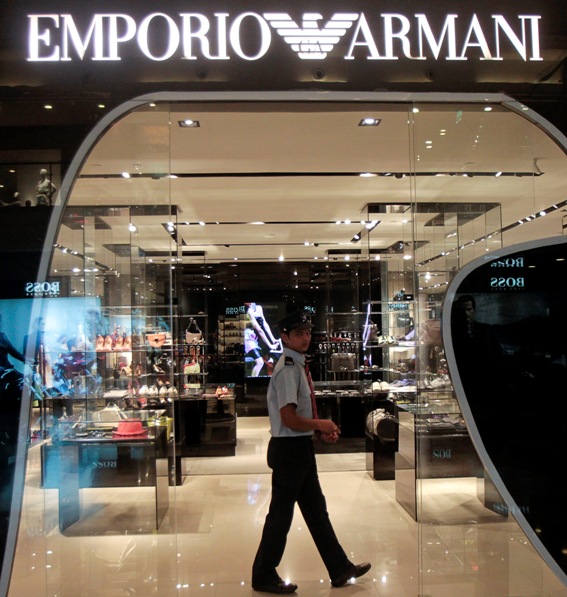 Since the announcement of the policy, there was been only one major investment commitment -- from British retail major Tesco, which has tied up with Tata Group's retail venture Trent Ltd and intends to put in $140 million.

BJP has said in its election manifesto that it intends to allow FDI in all sectors -- except multi-brand retail -- where it is necessary for job and asset creation.

Before the elections were announced, the United Progressive Alliance government had advanced its proposals to allow FDI in the railways and liberalise the regime for the real estate sector. 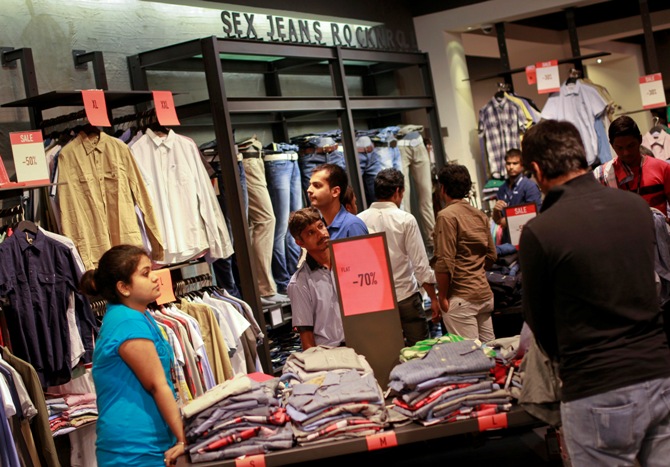 Image: People shop for clothes at a store during a seasonal sale inside a shopping mall.
Photographs: Danish Siddiqui/Reuters

However, both proposals got stalled as the model code of conduct kicked in.

It was mooted that 100 per cent FDI would be allowed in the construction & maintenance segments of the railways.

The department of industrial policy and promotion had proposed that FDI of up to 100 per cent be allowed in dedicated freight corridors and high-speed railway networks falling in the fixed-line category.

At present, FDI is prohibited in railway transport other than the mass rapid transport system and component manufacturing.

Similarly, in real estate, the idea was to ease the FDI rules. 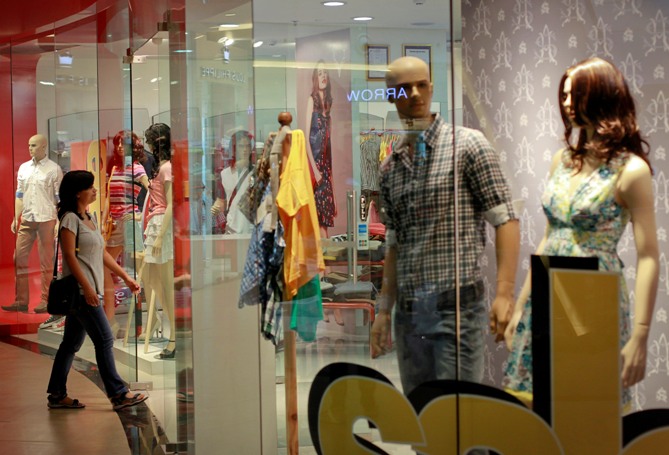 If and when the new policy goes through, foreign developers would be allowed to take back the entire invested amount before three years, after obtaining the government's approval.

According to the FDI policy, the lock-in of three years applies to every tranche of investment brought in by a foreign player from the date of receipt or from the date of 'completion' of minimum capitalisation (whichever is later).

Foreign developers had been complaining restrictions like the lock-in norms deterred them from investing in the Indian market. Image: An employee operates a floor cleaning machine in front of a Hugo Boss showroom inside a shopping mall.
Photographs: Vivek Prakash/Reuters