Oil reserve is an essential yardstick for measuring a country's economic prosperity.

And proven oil reserves are those that claim to have a reasonable certainty (normally at least 90 per cent confidence) of being recoverable under existing economic and political conditions.

Industry specialists refer to this as P90.

We present here a list of countries with highest proven oil reserves.

Read on to know about 30 countries with highest proven oil reserves. . .

According to the United States Geological Survey (a bureau of the United States Department of the Interior that employs approximately 8,670 people), the Orinoco Belt alone is estimated to contain 900-1,400 billion barrels (2.2 1011 m3) of heavy crude in proven and unproven deposits.

The crude oil that Venezuela has is very heavy by international standards, and as a result much of it must be processed by specialised domestic and international refineries. Venezuela continues to be one of the largest suppliers of oil to the United States, sending about 1.4 million barrels per day 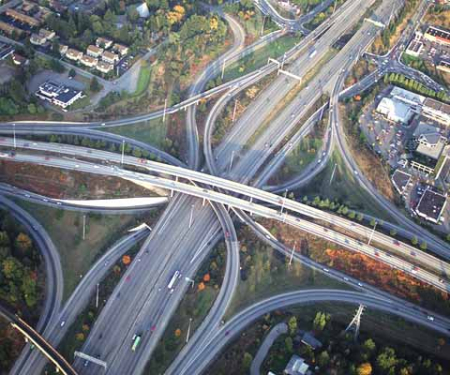 The Saudi reserves are about one-fifth of the world's total conventional oil reserves.

Although Saudi Arabia has around 100 major oil and gas fields, over half of its oil reserves are contained in only eight giant oil fields, including the Ghawar Field, the biggest oil field in the world.

The Saudi reserves are about one-fifth of the world's total conventional oil reserves. 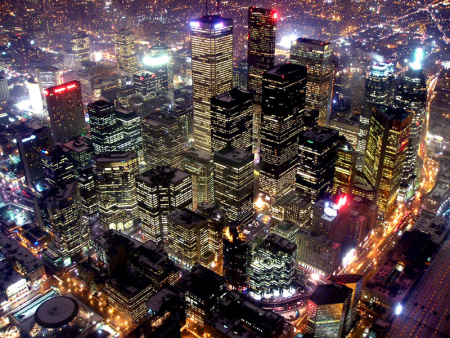 Canada has a highly sophisticated energy industry and is both an importer and exporter of oil and refined products. 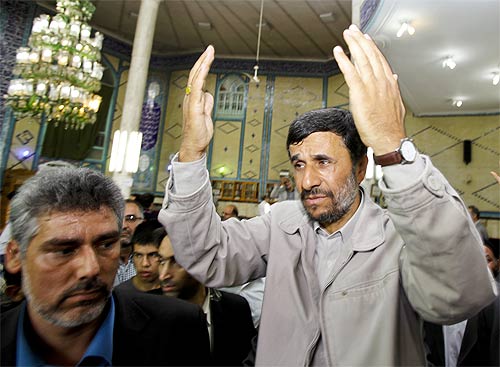 Image: Mahmoud Ahmadinejad, President of the Islamic Republic of Iran.

Iranian production peaked at 6 million barrels per day in 1974.

However, the country has been unable to produce at that rate since the 1979 Iranian Revolution because of a combination of political unrest, war with Iraq, limited investment, US sanctions etc. 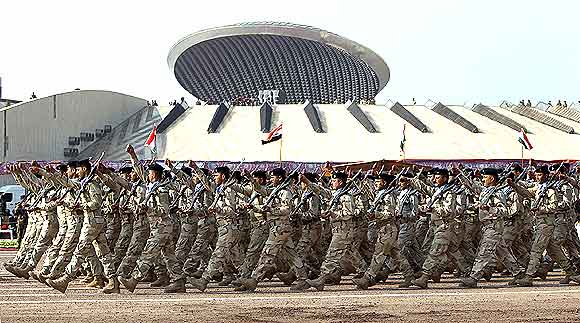 After more than a decade of sanctions and two Gulf Wars, Iraq's oil infrastructure needs modernisation and investment.

It should also be mentioned that because of military occupation and civil unrest, the official statistics have not been revised since 2001 and are largely based on 2-D seismic data from three decades ago. 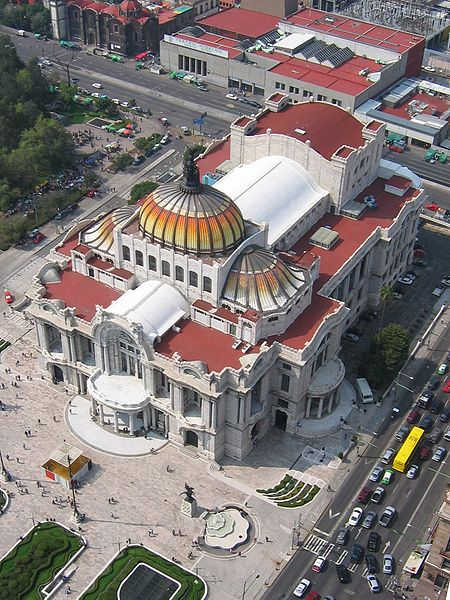 The Mexican government treats Pemex as a major source of revenue.

As a result, Pemex has insufficient capital to develop new and more expensive resources on its own. 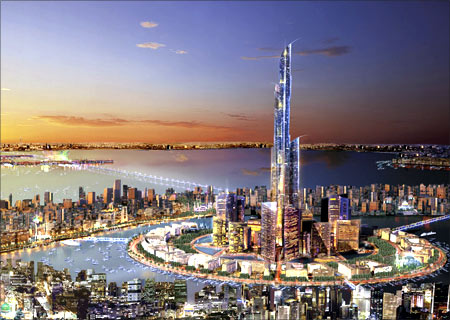 Most of Kuwait's oil reserves are located in the 70 billion barrels Burgan field, which has been producing oil since 1938.

Most of Kuwait's major oil fields are over 60 years old and, therefore, maintaining production rates is becoming a problem. 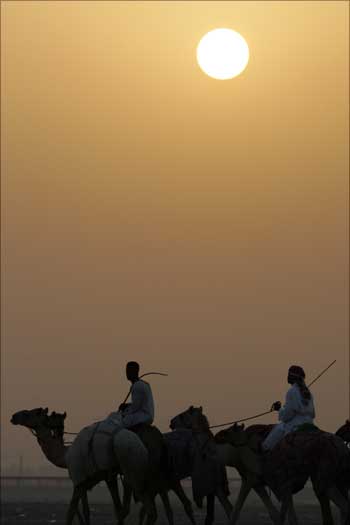 Most of the oil is in the Zakum field which is the third largest in West Asia with an estimated 66 billion barrels.

The UAE's reserves-to-production is about 93 years.

A turnaround in Russian oil output began in 1999, which many analysts attribute to the privatisation of the industry.

It is the largest producer and exporter of oil in the world, other than the Arab League. 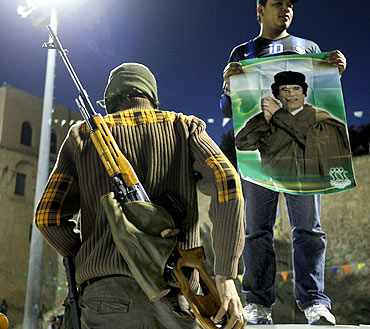 Libya is considered a highly attractive oil area due to its low cost of oil production (as low as $1 per barrel at some fields), and proximity to European markets.

About 85 per cent of Libyan oil is exported to European markets.

Nigeria is heavily dependent on the oil sector, which accounts for 95 per cent of its export revenues. 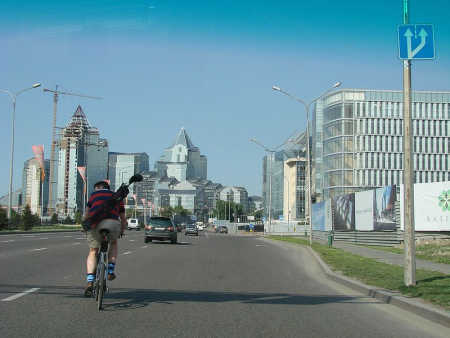 According to experts, expansion of oil production and the development of new fields will enable the country to produce as much as 3 million barrels (480,000 m3) per day by 2015.

Kazakhstan would then be among the top 10 oil-producing nations in the world. 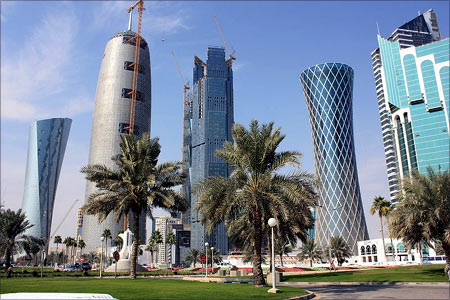 Oil and gas have made Qatar one of the highest per-capita income countries, and one of the world's fastest growing.
Qatar's proved reserves of natural gas are nearly 26 trillion cubic metres, about 14% of the world total and the third largest in the world. 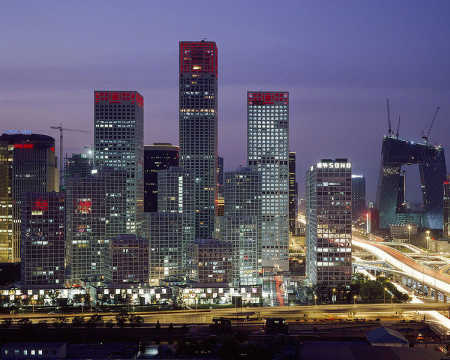 China's ability to provide for its own needs is limited by the fact that its proven oil reserves are small in relation to its consumption.

At current production rates, they are likely to last for less than two decades. 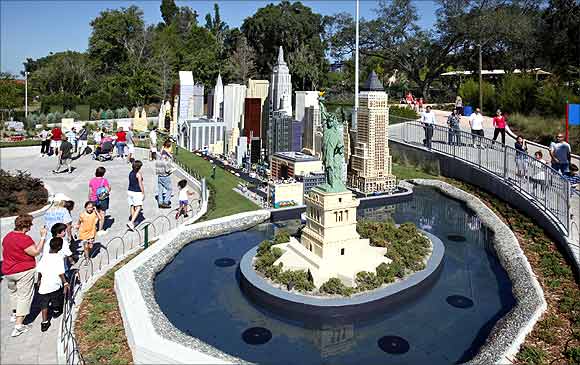 Image: Visitors walk past the Statue of Liberty and part of the New York skyline, constructed out of lego bricks.
Photographs: Pierre DuCharme/Reuters

In 2010, oil was the largest import commodity in the US.

Altogether, the government owns 28.8 per cent of the country's land area.

Most of this is protected, though some is leased for oil and gas drilling, mining,

Net imports of oil and products account for nearly half of the US trade deficit.

Brazil is expected to become a major oil producer and exporter, having recently made huge oil discoveries.

Two thirds of Azerbaijan is rich in oil and natural gas.

In September 1994, a 30-year contract was signed between the State Oil Company of Azerbaijan Republic and 13 oil companies, among them Amoco, BP, ExxonMobil, Lukoil and Statoil.

As Western oil companies are able to tap deepwater oilfields untouched by the Soviet exploitation, Azerbaijan is considered one of the most important spots in the world for oil exploration and development. 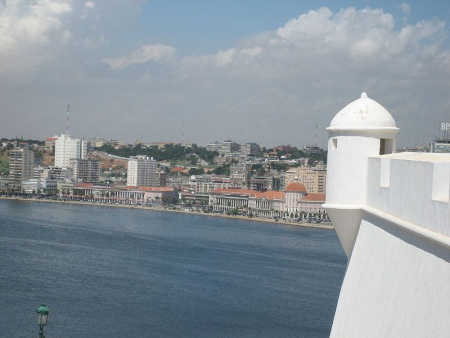 Diamonds and oil make up 60 per cent of Angola's economy, almost all of the country's revenue and are its dominant exports.

Control of the oil industry is consolidated in Sonangol Group, a conglomerate owned by the Angolan government.

Estimates suggest that the actual amount of reserve is even more.

The fossil fuels energy sector is the backbone of Algeria's economy, accounting for roughly 60 per cent of budget revenues, 30 per cent of GDP, and over 95 per cent of export earnings.

India has begun the development of a strategic crude oil reserve sized at 37,400,000 barrels, enough for two weeks of consumption.

On December 21, 2011, it was announced that India planned to greatly augment their crude reserve capacity to 132 million barrels by 2020, a senior oil ministry official stated.

Petroleum stocks have been transferred from the Indian Oil Corporation to the Oil Industry Development Board.

The OIDB then created the Indian Strategic Petroleum Reserves Ltd to serve as the controlling government agency for the strategic reserve. 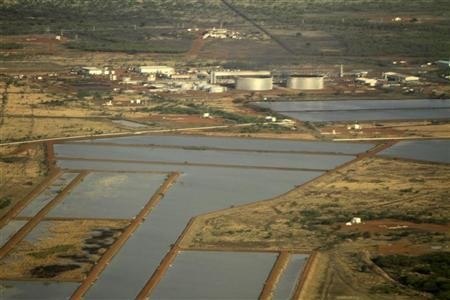 In 2010, Sudan was considered the 17th-fastest-growing economy in the world and the rapid development of the country largely from oil profits.

However, because of the secession of South Sudan, which contained over 80 per cent of Sudan's oilfields, the country's economic forecast is uncertain. 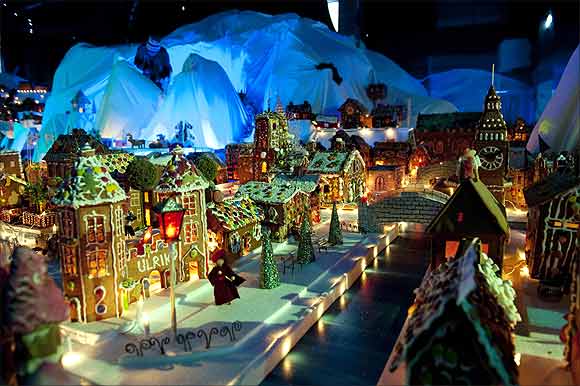 Image: A gingerbread town, consisting of buildings, boats, bridges and other structures, is seen in Bergen.
Photographs: Reuters

On a per-capita basis, it is the world's largest producer of oil and natural gas outside the West Asia.

The petroleum industry accounts for around a quarter of the country's gross domestic product. 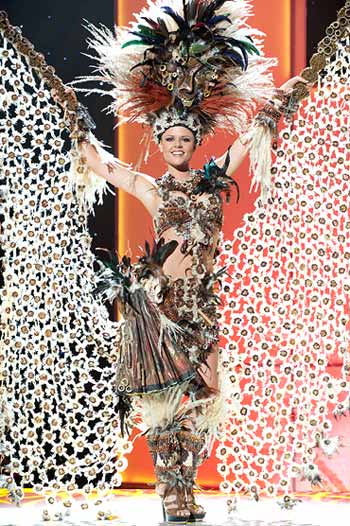 Ecuador's economy has heavily depended on exporting resources such as petroleum, fish, shrimp, timber and gold.

However, fluctuations in world market prices can have a substantial domestic impact. 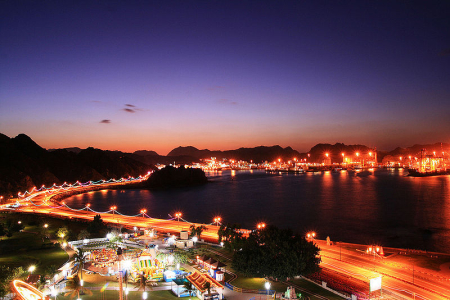 Oil is extracted and processed by Petroleum Development Oman, with proven oil reserves holding approximately steady, although oil production has been declining. 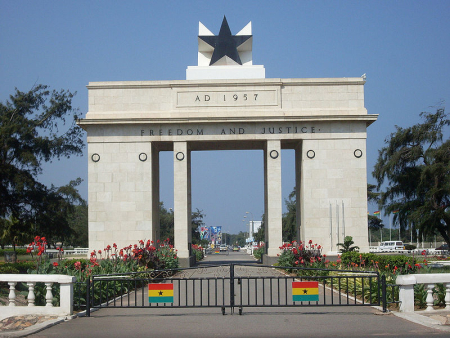 Although commercial quantities of offshore oil reserves in Ghana were discovered in the 1970s, by 1990 production was still negligible.

In 1983, the government established the Ghana National Petroleum Corporation to promote exploration.

Thereafter, the company reached agreements with a number of foreign firms. 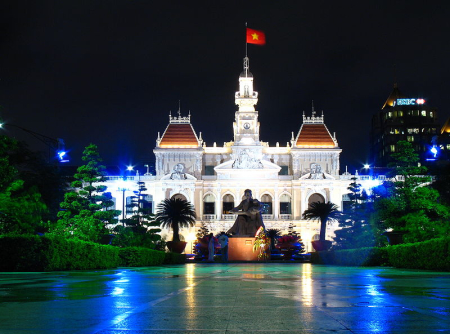 Though Vietnam is a relative newcomer to the oil industry, it is currently one of the biggest oil producers in Southeast Asia. 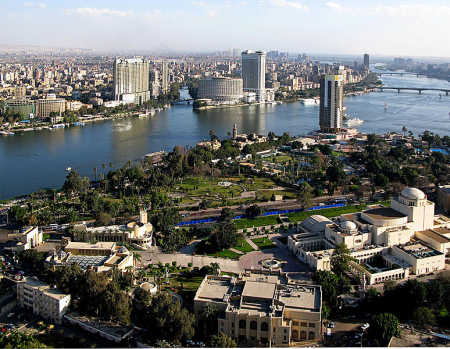 Egypt has a developed energy market based on coal, oil, natural gas, and hydro power.

Oil and gas are produced in the western desert regions, the Gulf of Suez, and the Nile Delta.

Egypt has huge reserves of gas, estimated at 1,940 cubic kilometres (470 cu mi), and LNG is exported to many countries.

The country has historically been a member of Organization of the Petroleum Exporting Countries, although it withdrew in 2008 as it was no longer a net exporter of oil. 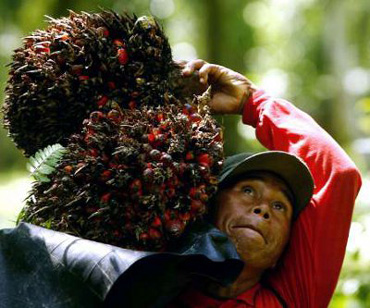 Image: Gabon happens to be the least hungry of all nations.
Photographs: Reuters

Gabon's oil revenues comprise roughly 46 per cent of the government's budget, 43 per cent of gross domestic product and 81 per cent of exports.

Oil production is now declining rapidly from its high point of 370,000 barrels per day in 1997.

Some estimates suggest that Gabonese oil will be expended by 2025.

It should be mentioned here that among all of the countries ranked in the 2011 Global Hunger Index, Gabon had the lowest score and thus the lowest level of hunger. 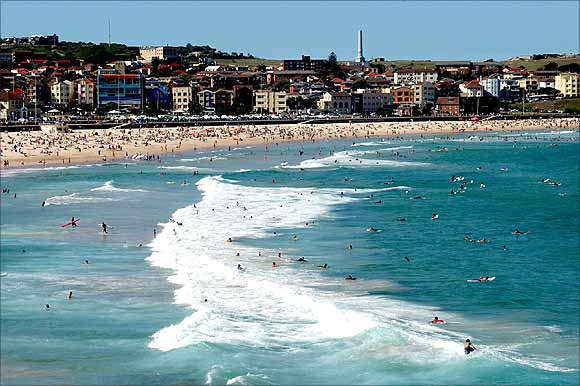 Australia has considerable petroleum, natural gas and coal reserves and is one of the few countries belonging to the Organization for Economic Cooperation and Development that is a significant net hydrocarbon exporter, exporting about two-thirds of its total energy production.

Australia was the world's largest coal exporter and the fourth largest exporter of liquefied natural gas in 2009, after Qatar, Malaysia, and Indonesia.