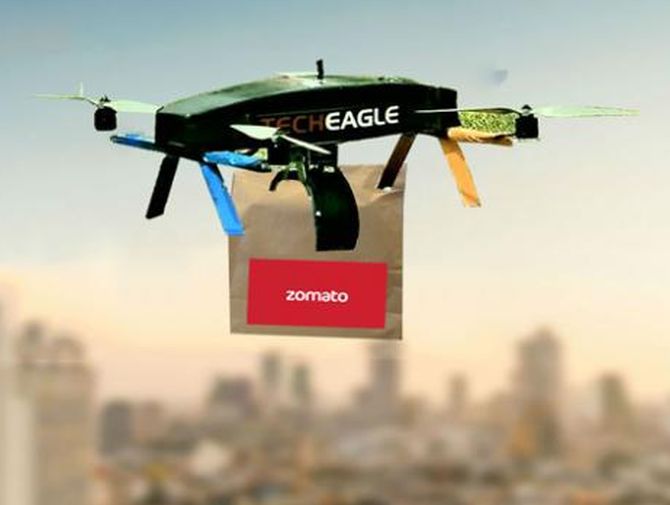 In the climax of Satyajit Ray’s 1969 classic Goopy Gyne Bagha Byne, pots of sweets floated down from the skies to feed a starving army.

That fantasy might soon be a reality, thanks to Zomato.

On Wednesday, the leading food-delivery company said it had successfully tested its maiden drone delivery technology.

The government has, however, not yet given a green light to delivery of good by drones.

“We’ve been able to successfully test our drone tech. We met all our parameters and were able to cover a distance of 5 km in about 10 minutes with a peak speed of 80 kmph, carrying a payload of 5 kg using a hybrid drone (a fusion of rotary wing and fixed wings on a single drone),” said Deepinder Goyal, founder and chief executive officer, Zomato, in a blogpost, adding that it was a non-commercial delivery.

Zomato did not disclose the deal size at the time; TechEagle’s website shows the message: “TechEagle by Zomato is working on something cool.”

Sources said the test delivery was done last week at a remote site approved by the aviation regulator, the Directorate General of Civil Aviation (DGCA). The “payload” was a food item.

The unmanned aircraft system (UAS) market in India is projected to touch $886 million by 2021, while the global market is likely to touch $21.47 billion, according to a Ministry of Civil Aviation report from January this year.

The DGCA had outlined a basic regulatory framework for drones last year.

The government is now looking to deal with the issue of expanding the operational airspace for unmanned aerial systems operating beyond the visual line of sight (BVLOS) and above the current limit of 400 feet.

Zomato and closest rival Swiggy are part of the committee formed to draw up a second version of drone regulations.

According to the notification issued by the DGCA on May 13, 2019, interested organisations have been asked to submit an expression of interest to the airline sector regulator to conduct experimental BVLOS operations, said Zomato.

Zomato is forming a consortium according to the guidelines to carry out experimental BVLOS operations.

The DGCA in its May notification, a copy of which was seen by Business Standard, had said: “The opportunities for UAS operations, particularly at low altitudes, are spread across a plethora of sectors including inspection and monitoring, surveying and mapping, filming and photography, precision agriculture, delivery, search and rescue, disaster relief, public safety, etc.

"However, the true economic and social potential of UAS technology can be harnessed by enabling BVLOS operations.”

The consortium, as mentioned by Zomato, is a team of expert agencies and service providers, which will include capabilities for data acquisition, data analysis, safety case development and so on.

The basic capabilities of the drones used for carrying out these experiments include autonomous operations capability and being able to withstand adverse weather conditions, geo-fencing, return home and automatic flight-termination capabilities, conspicuous with bright colours, flashing strobe lights and 360-degrees collision avoidance system.

“The final design of our drone is lightweight, and treats safety as a top priority.

"It has inbuilt sensors and an onboard computer to sense and avoid static and dynamic objects, overall making it more efficient for autonomous flights," Goyal said in the blogpost.

Zomato said the fully automated drones it has were currently being tested with remote pilot supervision to ensure safety.

Over time, as the company collects more data, it might do away with pilot supervision, it added in the statement.

“Regulatory hurdles are not trivial, and the government’s concerns need to be looked at from various (valid) points of view.

"Having said that, the tech is ready to fly and I am confident that drone delivery will be commonplace sooner rather than later," Goyal added. 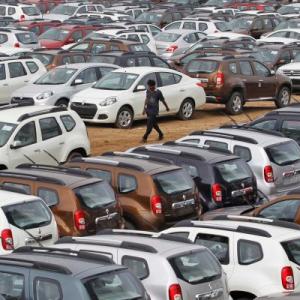