DOIT is a 100 per cent subsidiary of Morgan Credits in which Rana Kapoor’s daughters Radha, Roshini and Raakhe, are directors.

To fund these aggressive investments into its subsidiaries in 2018-19, DOIT used debt which doubled to Rs 600 crore in 2018-19 from the previous year. 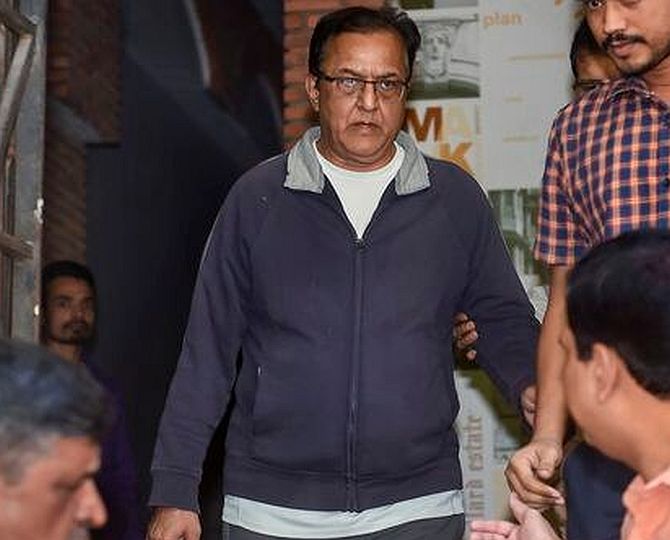 Former YES Bank chairman Rana Kapoor and his family’s labyrinth of firms, in particular DOIT Urban Ventures, are under close scrutiny by the Enforcement Directorate and the Central Bureau of Investigation.

Business Standard has accessed the Registrar of Companies (RoC) documents on the firm and they tell an interesting story.

DOIT is a 100 per cent subsidiary of Morgan Credits in which Rana Kapoor’s daughters Radha, Roshini and Raakhe, are directors.

The RoC documents show that the company is into commodity trading with additional businesses in hospitality and infrastructure, both in India or abroad.

In the RoC filing, the company justified the loss like this: “The company has made strategic non-current investments through subsidiaries/step down subsidiaries in businesses across various sectors such as hospitality, infrastructure, tourism, co-working spaces and so on.

"Some of these businesses, which are in the early stages of their lifecycle, have a longer gestation period before they become profitable and hence their financial statements as on March 31, 2019, have significant accumulated losses.”

To fund these aggressive investments into its subsidiaries in 2018-19, DOIT used debt which doubled to Rs 600 crore in 2018-19 from the previous year.

Investigating agencies say that DHFL gave a loan of Rs 600 crore to DOIT which is under scrutiny.

As a result, the debt servicing cost (finance cost) almost doubled from Rs 34 crore to Rs 63 crore during the same period.

A substantial portion of the increase from 2016-17 was due to the increase in non-current assets, which included investment in companies and others whose full value was not realised in the current year.

This money was invested in the equity as well as in acquiring shares in its 10-11 subsidiary and associate companies which included DOIT Smart Hospitality, Ambience Hospitality, and NCube Planning, among others.

DOIT Smart Hospitality, which is in the business of canteens, restaurants, and bars, received a huge infusion of over Rs 512 crore - a large part of the total investments made by the company.

The hospitality company also has the Kapoors as key directors.

That’s not all. The Kapoor family, through its family office, the Three Sisters Institutional  Office, have also put money into many start-ups.

One such investment has been with US-returned Delhi based entrepreneur Amit Ramani who set up two companies: a co-working firm Awfis Space Solutions and NCube (formerly Nelson India), an interior designing and building solutions company.

Ramani is the vice-chairman of NCube.

According to sources, the Kapoor companies invested around $10-11 million in Awfis but their shareholding got diluted as new investors came in.

The co-working business has grown in size, despite competition from US giant We Work and has over 35,000 seats in 63 centres and nine cities.

It has also been able to rope in other private equity players, which include ChrysCapital and Innoven, to invest.

According to Ramani, it is planning an initial public offer in 2022.

Through NCube, in which the Kapoor family companies invested under Rs 10 crore, Ramani has executed over 200 projects across the country.

The company specialises in early-stage growth capital investments in small and medium-size companies.