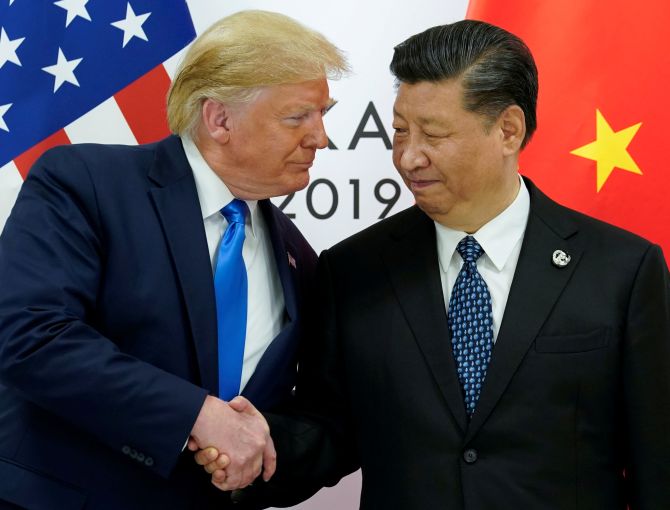 IMAGE: US President Donald Trump meets China's President Xi Jinping at the start of their bilateral meeting at the G20 leaders summit in Osaka, Japan, on Saturday. Photograph: Kevin Lamarque/Reuters

President Xi Jinping and his American counterpart Donald Trump moved on Saturday to re-launch stalled talks to end an escalating trade row, according to the Chinese state media which said the United States has agreed not to impose new tariffs on imports from China.

The move came as Trump held a lengthy meeting with Xi on the sidelines of the Group of 20 economic summit in Osaka, Japan.

During the meeting, the US said it will not add new tariffs on Chinese exports, China's state -run China Daily reported.

Trump's assurance that no further tariffs would be imposed on Chinese goods has come as a relief in China, which is reeling under continued slowdown of the economy.

The negotiation teams from the two countries are to discuss specific issues, it said.

Trump said he harbours no hostility towards China and hopes for better relations between the two countries, state-run Xinhua news agency reported.

The US and China -- the world's two largest economies -- have been fighting a damaging trade war over the past year.

Trump is demanding China to reduce massive trade deficit which last year climbed to over $ 539 billion. He has also asked China to workout verifiable measures for the protection of intellectual property rights (IPR), technology transfer and more access to American goods in the Chinese markets.

China said will re-start 'on the basis of equality and mutual respect', the media reported.

Special teams from both the sides headed by high-level officials held 11 rounds of talks to end the tariff war.

The feud escalated in the months leading up to the summit, after talks between the two countries collapsed in May.

Noting that global situation and China-US relations have changed considerably in the past four decades since the establishment of diplomatic relations, Xi said that there is an unchanged fundamental fact that cooperation will benefit the two nations, while conflict will injure both sides.

Cooperation is better than friction, and dialogue is better than confrontation, Xi said, adding that he and Trump have maintained close contact through phone calls and letters. 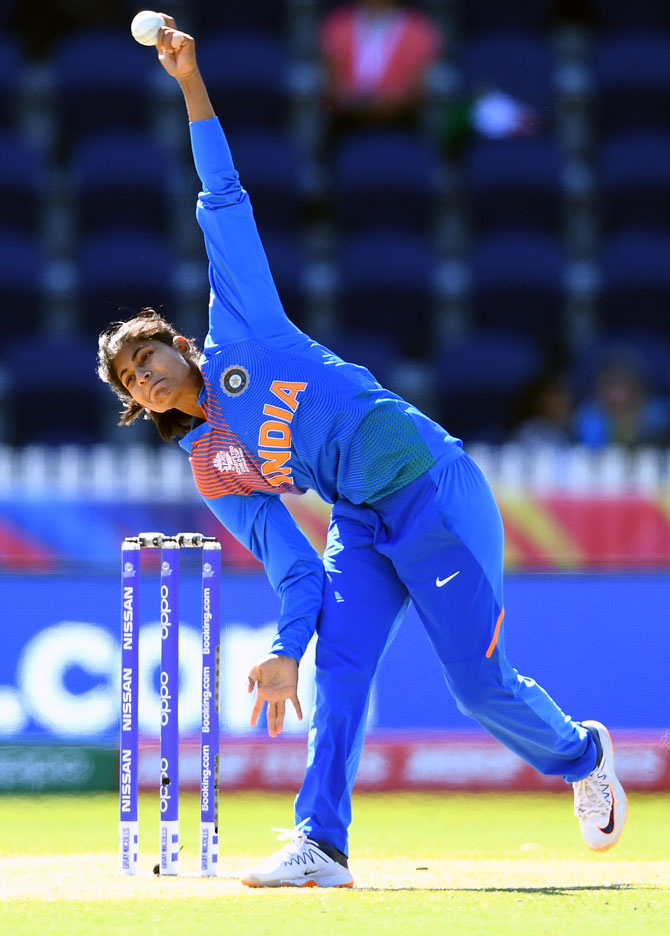