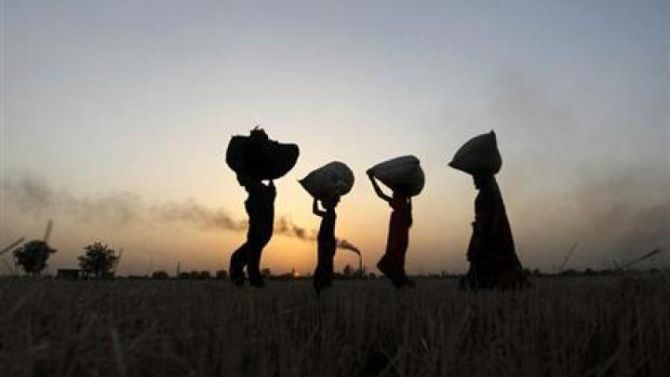 The country's GDP growth will accelerate to up to 7.5 per cent in the current fiscal year, mainly driven by consumption growth, however, oil prices remain a major concern, analysts said on Friday.

Official data released on Thursday said GDP growth came in at 6.7 per cent for financial year 2017-18.

"We expect the momentum to continue and lift growth to 7.5 per cent in FY19. That, however, would still be lower than the long-term trend of 7.6 per cent. Plus there is a downside risk to this number if oil prices sustain at the current levels," economists at ratings agency Crisil said.

Growth will be "consumption-led, with mild support from investments", it said, adding that a normal monsoon, revision of salaries by state governments as per the seventh pay commission recommendations and rural thrust by the government will be positives.

Its domestic rival Icra, a unit of Moody's Investor Service, pegged the GDP growth at 7.1 per cent, while resonating the earlier view of runaway oil prices being one of the major worries.

It can be noted that its parent Moody's, the only agency to have upgraded the country's sovereign rating, had revised down its GDP growth estimate to 7.3 per cent on rising oil prices earlier this week.

Economists at country's largest lender SBI also said that the risk factors to growth continue to remain on the horizon, with oil prices being one of the prime worries.

The bank economists also said that disruptions in copper supply that may have an impact on the current account deficit (CAD), weather events and geopolitical risks are other potential reverses to watch out for.

It can be noted that the runaway crude prices have led to over 15 consecutive days of hikes in retail fuel prices to record levels before seeing a marginal cool-off in the last two days.

Apart from impacting the macro indicators as the rate of crude purchases goes up, the high prices can also hurt individual consumption and corporate earnings, Icra said.

The 7.7 per cent growth was significantly higher than China's 6.8 per cent in the March quarter.