Why the US economy's growth numbers will keep world markets buoyant

With rest of the world showing no signs of growth and headwinds ahead for US growth, chances are that we might continue to see central banks pumping money into their economies 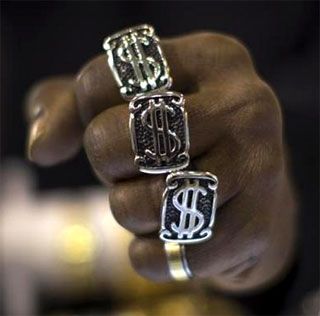 The US economy is growing almost as fast as the Indian economy. A stunning revision of third quarter GDP (gross domestic product) shows that the US economy has grown by 5 per cent. For the quarter ending September 2014, Indian GDP stood at 5.3 per cent after two successive years of sub-5 per cent growth.

The Q3 numbers for the US economy are the best for the past 11 years, sending out a signal to the market that it has finally come out of recession. The US Commerce Department revised estimate of GDP growth to 5 per cent from its earlier 3.9 per cent forecast. The sharp spike was on account of better-than-expected services numbers, mainly from the healthcare segment, and stronger consumer as well as business spending. The fall gasoline prices and higher employment led to increased spending from consumers.

Importantly, the strong numbers come after a 4.6 per cent growth rate in the second quarter, making it the two best quarters since 2003.

However, these numbers come with their own set of problems. The sharp jump in GDP resulted in the already strong dollar becoming stronger. The US dollar is presently trading near a nine-year high against a basket of other currencies. A strong dollar is bad for commodities as most of them are traded in that currency and it becomes expensive to hold the commodity with a stronger currency. Oil prices fell towards the $61 per barrel mark, giving up earlier gains.

The strong numbers also pushed up the two-year US Treasury yield to a four year high. The market is discounting the fact that a stronger economy would bring forward the timing of a likely hike in interest rates by the Federal Reserve. Paul Dales, senior US economist at Capital Economics said “The clear strengthening in activity towards the end of 2014 may prompt some Fed officials to consider whether they need to raise rates before the middle of 2015.”

Higher interest rates in the US are bad for emerging markets as they typically lead to flight of capital from weaker economies to stronger ones. This might be true if we look at the US in isolation and just look at the GDP numbers as a singular data point.

Growth across the globe is slowing down. The fall in oil prices has hit some of the fastest growing economies. “For all the whooping about lower gas prices facing US consumers, the energy environment around the world provides a challenge to the growth outlook rather than a tailwind,” cautions Andrew Wilkinson, chief market analyst with Interactive Brokers. “Let’s hope that the hampered durable goods’ reading does not turn out to be a harbinger of gloom for the US economy into 2015.”

The recent ruble meltdown has forced Swiss National Bank (SNB) announcing a negative interest rate for the first time since 1970 as money moved out of Russia to Switzerland. 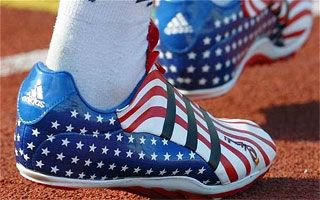 Further, if we look at the GDP growth numbers of US closely, a major growth contributor for US growth was business from abroad. Stephen Gandel, writing in Fortune, points out that a smaller trade deficit - more exports and fewer imports - added 0.8 percentage points to GDP in the third quarter, or nearly 20% of the growth. A stronger dollar will make exports and imports that much more costly.

Gandel points out that US job growth has not caught up with the growth in GDP. Though the US labor market has created an impressive 240,000 jobs a month an economy growing at 5 per cent needs to create 575,000 jobs a month. We are a considerable distance away from that.

With rest of the world showing no signs of growth and headwinds ahead for US growth, chances are that we might continue to see central banks pumping money into their economies. In such a case, Indian markets have little to worry from a flight of capital.