Indians are getting restless with slow progress on the ground 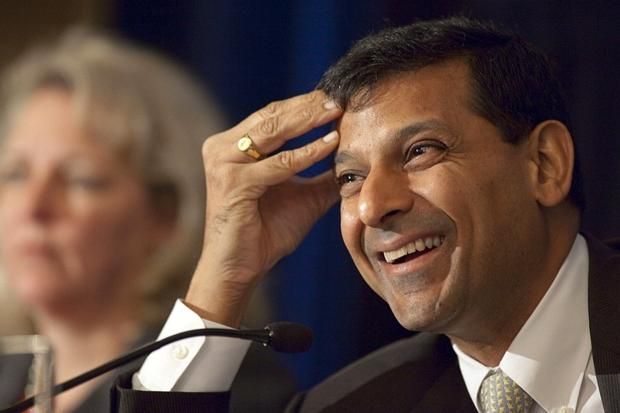 Indian growth slowed by more than expected in the quarter to June, a setback for Prime Minister Narendra Modi that will prompt more urgent calls from his aides for interest rate cuts.

Many government officials in New Delhi had been talking of taking the baton of global growth in the wake of a deepening economic crisis in China.

However, Monday's government data showed gross domestic product expanded at an annual 7 per cent rate in the April-June quarter, matching China, but slower than provisional growth of 7.5 percent in the previous quarter.

While doubts still persist over India's new way of calculating gross domestic product, even though the method gained an endorsement from the World Bank's chief economist, there is no denying the fact that the economy is still struggling to gather steam.

"There's a lot of emphasis that's being put on the opportunities that lie ahead for India and not too much attention is being paid to the challenges that remain today," Jyotinder Kaur, principal economist at HDFC Bank.

It is also a blow for Modi whose image as the country's economic saviour has taken a beating after his struggle to pass his legislative agenda.

But just 15 months after that electoral triumph, disenchantment has set in.

Businesses as well as young Indians are getting restless with slow progress on the ground.

"We need to move this figure up given the imperative of employment generation," said Jyotsna Suri, head of a local industry chamber, FICCI.

A 22-year-old activist has stirred upheaval in Modi's home state Gujarat, accusing the Indian leader of breaking the promise to provide jobs.

The latest data will also strengthen the calls from Modi's administration for a rate cut.

Some bureaucrats are already arguing for an immediate cut of as much as 50 basis points in the Reserve Bank of India's main 7.25 per cent policy rate.

The RBI has cut the policy repo rate 75 basis points since January. But it left the rate on hold at its last policy review early this month.

"In our view, (it) clearly paves the way for two more repo rate cuts before the close of the financial year," said Kaur of HDFC Bank.

While the RBI has not ruled out further monetary easing, it has tied future rate cuts to the inflation outlook.

The central bank is independent, but the governor and deputy governors are appointed by the government.

Many in the government are worried that growth could slip below the official target of 8 to 8.5 per cent for the year to March, and see the RBI's caution as worsening the situation.

The sector accounts for nearly 38 percent of India's industrial production.

The slowdown in the last quarter was primarily on account of a weak showing from the services sector that accounts for more than half of the $2 trillion economy.

The sector grew an annual 8.3 per cent compared with a 10.2 per cent rise in the March quarter.

"Growth conditions are still weak and are picking up in a very, very gradual manner," said A Prasanna, economist at ICICI Securities Primary Dealership.