Liquidity issues post the crisis at DHFL, progress of monsoon, rupee trajectory at the domestic level and oil prices are some factors that will keep markets choppy, analysts say. 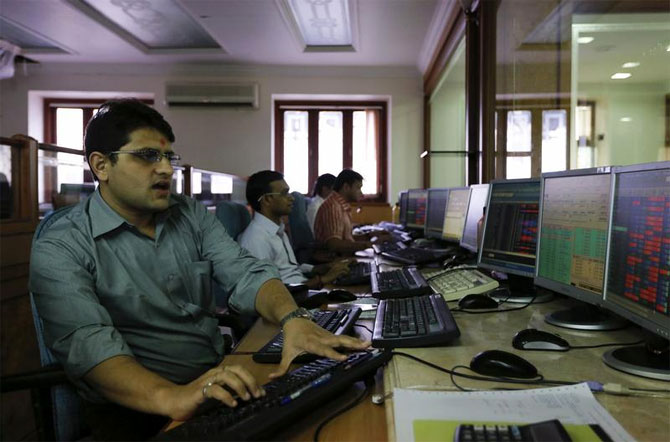 With less than a month remaining in the presentation of the full Budget for financial year 2019-20 (FY20) on July 5 - the first after the Narendra Modi-led national Democratic Alliance (NDA) came back to power for the second consecutive term - analysts have ruled out a runaway pre-Budget market rally from the current levels.

Liquidity issues post the crisis at Dewan Housing Finance Limited (DHFL), progress of monsoon, rupee trajectory at the domestic level and oil prices, developments related to US-China trade war on the global front are some of the factors that will keep the markets choppy and the upside capped as the markets head into the budget, analysts say.

Another reason for the markets to consolidate, analysts say, is the sharp rally seen over the past few months and are now worried about the market valuations in the backdrop of subdued economic growth forecast that can have a bearing on corporate earnings as well.

“The Nifty50 trades at 18.5x one-year forward earnings, which is at the higher end of the historical trading multiple. In the near-term, we are concerned about potential earnings cuts in the backdrop of an economic slowdown and the market’s perception of liquidity risk escalating into a wider systemic issue.

"Our March 2020 Nifty50 target of 12,250 is based on 16x FY21F earnings,” wrote Saion Mukherjee, managing director and head of India equity research at Nomura in a recent co-authored report with Neelotpal Sahu.

That apart, a possible hike in the long-term capital gains tax (LTCG) in the upcoming budget could also be a deterrent for investors to put in money aggressively.

Fiscal consolidation, a tighter GST (goods and services tax), focus on rural sector, public sector (PSU) bank mergers and recapitalisation, labour laws and changes to direct tax are some of the areas that analysts expect the government should focus on.

Thus far in calendar year 2019 (CY19), the S&P BSE Sensex and the Nifty50 have gained over 10 per cent each on hopes of a stable government post the general election outcome on May 23.

Foreign portfolio investors (FPIs) have led from the front in this rally with their investment in the equity segment topping $11 billion on year-to-date (YTD) basis.

In February 2018 - the last time when the government presented the full Budget for 2018-19 (FY19), the markets saw their best pre-budget rally in one month preceding the budget presentation in 12 years with the S&P BSE Sensex rallying 6.8 per cent.

The index, however, lost around 5.2 per cent post the event.

“Markets could trade sideways with bouts of intermittent volatility going into the budget depending on how the domestic and global cues play out.

As regards long-term capital gains (LTCG) tax, U R Bhat, managing director at Dalton Capital suggests an increase from the current level of 10 per cent on gains exceeding Rs 100,000 will be negative for the markets and one can expect a sell-off.

* % returns one month before and after Union Budget; ^ June 2019 return till June 06; Data compiled by BS Research