For banks to cut loan rates, the cost of deposits needs to come down, and there is no sign of that happening.

The only outlier seems to be HDFC Bank, the country's second largest private-sector lender, which recently pared its lending rate, or base rate, by 35 basis points.

This lack of interest rate transmission is at the centre of the debate on the efficacy of rate cuts by RBI to stimulate the economy, especially because retail credit is extremely sensitive to interest rate cuts.

At the moment, all eyes are on RBI which is slated to review its monetary policy on September 29.

After GDP growth fell to 7 per cent in the June-ended quarter, from 7.5 per cent in the previous quarter, there is widespread expectation that RBI could cut the repo rate, also called the key policy rate, once again, provided the United States Federal Reserve does not effect a similar cut.

But will banks respond with a deep enough cut in their base rate to stimulate investment as well as spending? The banks, the news is, are in no tearing rush to do so.

That's because their dependence on call money, which is sensitive to the policy rate, is not much; instead, they rely heavily on deposits for funds, which are not getting cheaper to access.

Also, HDFC Bank was able to take such a large base rate cut as only 30-40 per cent of its loan book is linked to the base rate - the rest is at fixed rate.

On the other hand, ICICI Bank, Axis Bank and most public sector banks have as much as 65-75 per cent of their loan book linked to the base rate. Any cut in base rate will impact their net interest margin, or NIM, the key operating factor.

That the lending rates are not responsive to the policy rate is an old problem. The earlier avatar of the base rate, the benchmark prime lending rate, or BPLR, was equally inelastic.

This is because most of the lenders have taken their average cost of funds to calculate the base rate. A bank's cost is mostly the fixed deposits, which are contracted on a fixed rate for the entire tenure.

RBI now wants to change the way base rate is calculated. Last week, it issued draft guidelines which asked the banks to use their marginal cost of funds to calculate the base rate.

The question is, will it help monetary transmission? And even if it helps, what will be the side effects?

"In India, about 65 per cent loans are floaters (linked to the base rate) and deposit rates are fixed. Thus, moving to marginal cost of funds will likely lead to more volatility in profitability," Nomura Securities said in a report.

And there is no guarantee that the cost of funds will come down if marginal cost is considered to calculate the base rate. This is because 30-40 per cent of their deposits are current and savings account (Casa) deposits. While bank deposits are growing by 12 per cent, the growth in low-cost Casa deposits is much less. So the fall in the cost of funds on the margin, than average, will be lower.

"Banks with low levels of Casa deposits and/or relatively longer tenure term deposits will be majorly affected (in terms of profitability)," a report from Crisil said.

Not a fool-proof solution

Even if experts are ready to give the benefit of doubt to the marginal cost theory for better monetary policy transmission at this juncture when the policy rate is falling, it falls flat in a rising interest scenario.

The marginal cost theory is helpful when banks depend heavily on money market instruments for funds. But that is not the case, as most banks' liabilities are under fixed contract.

Some experts argue that the marginal cost theory could be counterproductive at a time when bad loans are rising. Rising bad loans not only require higher provisioning but also make banks lose out on interest earnings.

"It raises a fresh concern that the balance sheet would tend to become pro-cyclical in nature, something that regulators are trying to reduce," Kotak Securities said in a report titled, 'Good intentions but can have unintended consequences'.

A recent report by rating agency Crisil said that if banks adopt the marginal cost theory, then it will reduce their base rate by just 50 basis points. However, this will lead to compression in the return of asset by 20 basis points.

With banks' profitability already under pressure, it will be interesting to see how they react to the new norms which are proposed to be implemented from April 1, 2016. 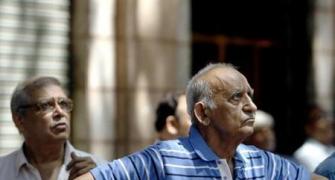 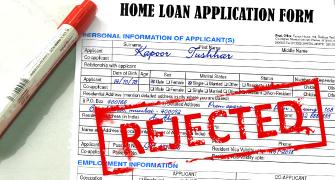 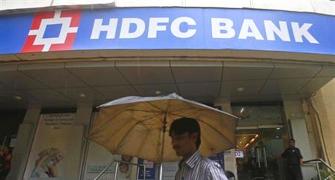 Why other banks can't flex muscle like HDFC Bank Rupee bounces back by 27 paise to close at 66.55 against USD