Wholesale prices-based inflation rose to 3.1 per cent in January, as against 2.59 per cent in the previous month due to increase in prices of food articles like onion and potato. 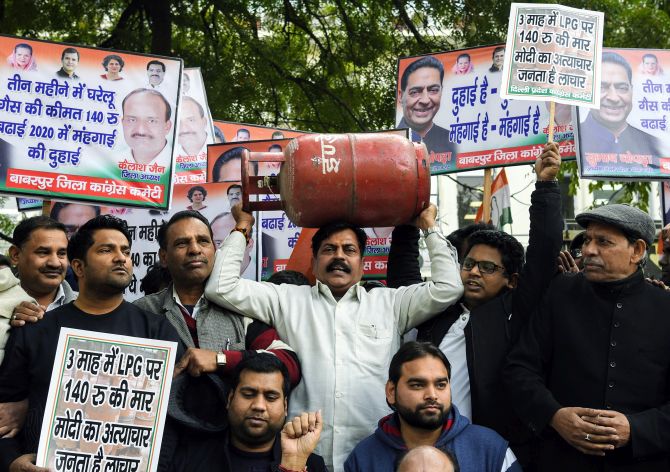 The annual inflation, based on monthly wholesale price index (WPI), was at 2.76 per cent during the same month a year ago (January 2019).

The rate of price rise for food articles stood at 11.51 per cent during January as against 2.41 per cent a month earlier, while for non-food articles it rose nearly three-fold to 7.8 per cent from 2.32 per cent in December, the data released by the ministry of commerce and industry on Friday showed.

Among food articles, vegetable prices surged by 52.72 per cent mainly on account of onion, which witnessed 293 per cent jump in prices, followed by potato at 37.34 per cent.

Earlier this week, retail inflation based on consumer price index (CPI), rose to a near six-year high of 7.59 per cent in January, surpassing the Reserve Bank of India's comfort range primarily on account of rising vegetable and food prices.