Where Are The New Investors Coming From?

'With the ease of access, we have seen an increased participation from tier-2, tier-3, and tier-4 cities/towns.' 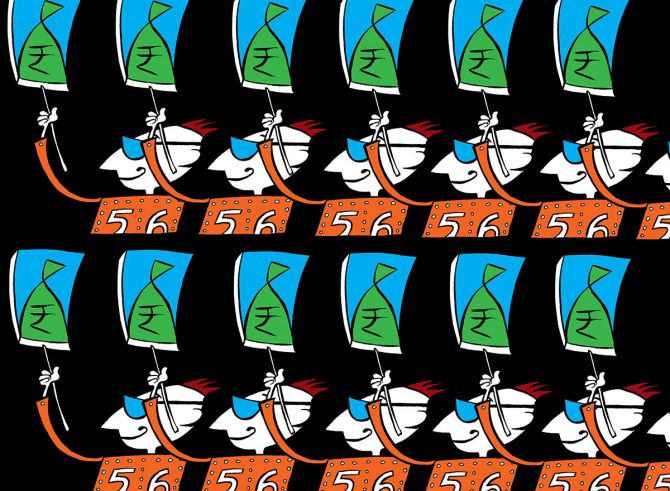 The share of retail investors in companies listed on the NSE reached an all-time high of 7.33 per cent in the quarter ended December 31, 2021, up from 7.13 per cent in the previous quarter and 6.9 per cent a year ago, the data from PRIME Infobase shows. The figure was 6.42 per cent two years ago.

The value of retail holding in the NSE firms stood at about Rs 19 trillion at the end of Q3, up nearly 50 per cent from Rs 12.7 trillion a year ago and nearly double the figure at the end of 2019.

The number of demat accounts being opened at the depositories has risen significantly, as well.

For instance, while CDSL saw an average of 500,000 accounts being opened between January and April 2020, it witnessed an average of 2.8 million accounts getting opened in the past four months.

The BSE has reached a landmark of 100 million registered investor accounts.

Individual investors, especially those in their 20s, had more time and disposable income to dabble in stocks during the pandemic.

The sustained uptick in share prices, a low interest rate environment, ease of opening a Demat account, and the availability of stock- and sector-specific information on mobile apps spurred their participation in direct equities.

A recent report by State Bank of India economists highlighted physical assets as a means of saving and investing had become less popular among Indians.

According to this year's Economic Survey, the share of individual investors in total turnover at the NSE increased from 38.8 per cent in 2019-2020 to 44.7 per cent in April-October 2021.

In the eight months to FY22, nearly 22 million Demat accounts were added.

"With the ease of access, we have seen an increased participation from tier-2, tier-3, and tier-4 cities/towns," said Angel One's Chief Growth Officer Prabhakar Tiwari.

Often believed to be late to the party, retail participants have stayed put during corrections and employed a buy-on-dips strategy in the past two years, which many consider is a sign of growing maturity.

"The kind of investors entering the market right now have largely been biased towards blue-chips and well-researched stocks, and have the conviction to stay put during corrections," said Tiwari.

These investors, however, continue to hold a significant chunk of their holdings in mid- and small-cap names.

They owned 16.01 per cent of the NSE-listed companies at the end of Q3 by way of the number of shares held. But their ownership declined to 6.68 per cent when only the top 100 companies were considered.

Experts suggest that investors will continue to flock towards direct equities.

"New investors that have come in the past two years have not seen a downturn," said Chaturvedi.

"If they can remain invested through this volatility, we can see a more sustainable growth story for retail participation."