Given the escalating cost of doing business, the revenue opportunity is decreasing and consolidation is an inevitable part of the industry. 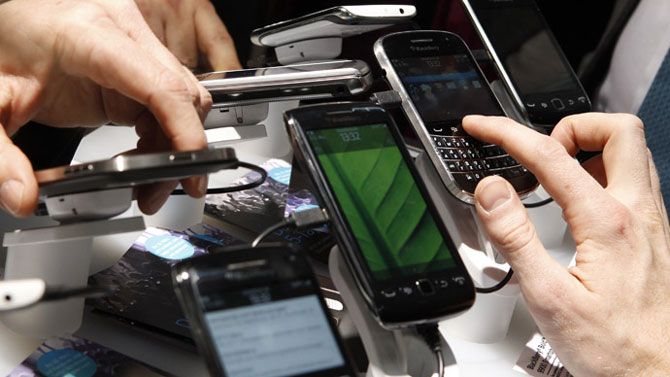 The heady days of rising ARPU (average revenue per user) are long over.

But the ARPU decline now is sharp and steady, which, combined with falling profits and in some cases serious losses, is prompting the Indian telecom industry to look at consolidation as the only way to boost revenues.

Consider the latest financial numbers of Idea Cellular, which is already in merger talks with Vodafone. Idea has reported a consolidated net loss of Rs 383.87 crore in the quarter ended December 31, 2016.

Sequentially, its ARPU fell nine per cent to Rs 157, from Rs 173 in the earlier quarter. While in financial year 2015-16, the rise in ARPU was marginal for the company, the fall began in the second quarter of financial year 2016-17.

The biggest telco by revenue, Bharti Airtel, has also been losing the ARPU plot over the last few quarters, and the top management of the company has blamed it on the new operator’s (without naming Reliance Jio) freebies.

Bharti Airtel reported a 55 per cent fall in its net profit for the third quarter (Oct-Dec 2016) at Rs 504 crore. The company's ARPU fell nearly seven per cent quarter-on-quarter to Rs 123 in the October-December period.

While Airtel CEO Gopal Vittal has talked about locking the right ARPU customers in the network for revenue market share to grow, consolidation is a route that both big and not so big telcos are eyeing to stop the free fall, analysts have said.

UK-based telecom giant Vodafone kicked off the consolidation mantra early in the year when it announced on January 31 that it was in talks for an all-stock merger of its unlisted Indian subsidiary with rival Idea Cellular.

Given the escalating cost of doing business, the revenue opportunity is decreasing and consolidation is an inevitable part of the industry, Rajan S Mathews, Director General, Cellular Operators Association of India, said.

He added that consolidation in the industry is good at this point in time as it would lead to greater economies of scale, optimum utilisation of spectrum and efficient use of marketing spend by the companies.

India is a $40 billion telecom industry compared with the US at $150 billion.

From India's standpoint, the number of operators should be four to five in the medium to long term, even as some of the developed economies including the US have lesser number of players, an analyst with a multinational said.

Consolidation in the Indian context means four to five companies and not three, as India is not just a country but it is 22 circles, where some players are dominant on one circle and some in other circles, the analyst added.

The current situation in the sector is becoming difficult for companies like Telenor, Tata Teleservices (Maharashtra) Ltd, Aircel, among others to survive, industry observers said.

Tatas have been in talks with several telcos for a merger possibility, but nothing has fructified.

Telenor too is learnt to be in similar talks.

"The current challenge for a smaller player is to ensure that it does not lose out on its existing customers," an analyst, who did not want to be named, said.

The talk of consolidation in the sector can be partially attributed to the entry of Reliance Jio, which forayed into the Indian telecom market in September 2016, starting a price war in the industry with its competitive tariffs.

The new entrant also forced the incumbents to re-think their business strategy which was evident from the announcement of Idea-Vodafone deal.

"Logically it makes sense for smaller players to merge with bigger players, more so in order to sustain price pressure," another expert said.

But there’s a flipside of consolidation too -- fear of a cartel. However, Mathews said cartel can happen even when there are 10 players. "It requires a strong regulatory focus to stop cartelisation."