Most brokerages have maintained their Sensex and Nifty targets as they believe there is little room for further re-rating in the backdrop of weak earnings.
Samie Modak reports 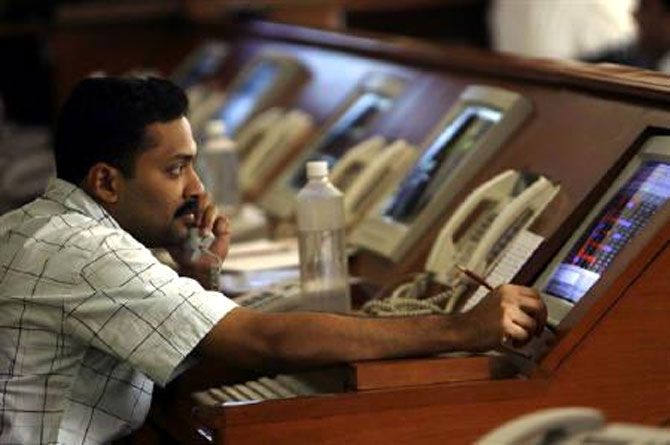 Brokerages are pinning hopes that the re-elected Narendra Damodardas Modi government will be able to push through challenging reform measures such as privatisation, easing of land acquisition and labour laws.

Most say the rare second consecutive decisive mandate for the Bharatiya Janata Party means investors can expect a stable pro-reform government for the next five years.

Most brokerages, except a few including Morgan Stanley, have maintained their Sensex and Nifty targets as they believe there is little room for further re-rating in the backdrop of weak earnings.

A look at what top brokerages are expecting in terms of policy action from the new Modi government:

The brokerage is already 'overweight' on India as it expects the domestic markets to do better than their regional peers.

The brokerage says the current valuations are already 'fair levels' -- and above historical averages.

It says the political developments warrant for 'valuation overshoot' in the near-term. In the medium term,

Goldman Sachs expects that market returns will be driven by mid-teen earnings growth. The US-based brokerage says the potential structural reforms should focus on the following four areas:

The brokerage says continuity in administration will be a source of comfort and accompanying policy predictability will be comforting for the markets.

The brokerage has revised upwards its Sensex target from 42,000 to 45,000. The US-based brokerage expects the following policy framework:

The brokerage says it remains to be seen if the government will focus on reviving growth in the short term or would go for structural reform to achieve sustainable higher growth over the medium term.

Some of the reforms moves that will excite the market, according to UBS, are:

The brokerage says by 2020, the BJP and its allies should also have a majority in the Upper House, making legislative changes easier.

It says the government 'may not intervene with a stimulus as the economic slowdown is not sharp enough, and neither does it have the fiscal space (or intent) to boost consumption.'

Following are the key areas where the brokerage has expectations from the government:

The brokerage says the election outcome has reduced political risks and addressed market expectations of the government's continuity.

The brokerage says the action areas for the Modi government to steer the market would be:

The domestic brokerage says the election verdict would ensure continuity of the government with few political limitations.

It also provides an opportunity to build on the last term's reforms and to reflate the languid economy.

The brokerage says the BJP's manifesto was modest on economic detail. 'We believe an early aggressive attempt at re-firing the business cycle is what, this time, will generate the greatest political, economic and market returns,' it says.

Following are some of the key areas highlighted by the brokerage: