Volkswagen looking at whether more vehicles have cheat software

US regulators have said they are also investigating Volkswagen's "generation 3" vehicles in the United States, which contain the latest EA 288 diesel engine. 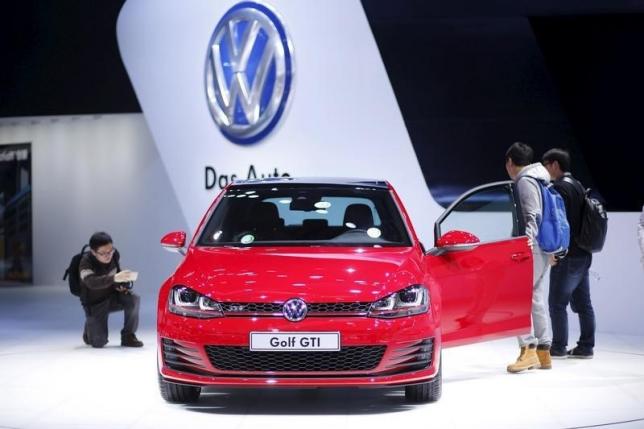 Volkswagen is looking into whether more vehicles contain software capable of cheating diesel emissions tests, it said on Thursday, potentially increasing the cost and disruption of a scandal that has rocked Europe's biggest carmaker.

The German company said it was examining older versions of its latest EA 288 diesel engines to see if they contained software that allowed vehicles to know when they were being tested and temporarily reduce toxic emissions to pass tests.

However, it later added the two main versions of the engine -- the Euro 5 and Euro 6 -- did not include the banned software, reducing the chances of a big increase in the number of affected vehicles.

In neither of its statements did Volkswagen say which variants of the EA 288 engine it was examining, nor how many vehicles might be affected. Spokespeople were not immediately available to comment.

Almost five weeks after it admitted to rigging U.S. diesel emissions tests, Volkswagen is struggling to get to the bottom of a scandal that has wiped about a third off its stock market value, forced out its long-time chief executive and rocked both the global car industry and the German establishment.

The more vehicles that include illegal software, the higher the costs Volkswagen could face for refitting them, as well as for potential regulatory fines and lawsuits.

The company said last month that banned software could be in up to 11 million vehicles worldwide fitted with its older EA 189 diesel engine.

US regulators have said they are also investigating Volkswagen's "generation 3" vehicles in the United States, which contain the latest EA 288 diesel engine.

However, that affects a relatively small number of vehicles, whereas problems with the EA 288 in Europe could potentially be much bigger, analysts said.

Diesel vehicles account for around half of auto sales in Europe compared with a small fraction in the United States. Volkswagen also makes about 40 percent of its sales in Europe.

The company has come under fire from lawmakers, analysts and customers for its handling of the biggest business crisis in its 78-year history.

"The way this is all coming out ... is amazing," said Bernstein analyst Max Warburton. "Perhaps they can change their advertising slogan from 'Das Auto' to 'Das Motor: Engines so complicat‎ed even we don't understand how they work!'" he said.

Volkswagen said last week it would recall and refit 8.5 million vehicles in the European Union.

It added on Wednesday that about 3 million of those would need hardware changes -- a more costly upgrade than the software changes needed for the other affected vehicles.