Fierce competition and rising capex will put pressure on most operators in 2017. 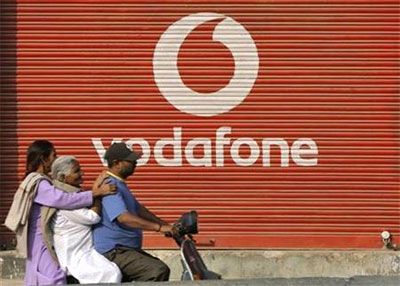 The proposed merger between Vodafone and Idea can fetch the combined entity upto 350 bps in cost savings, even though the move is unlikely to lead to better pricing power for operators in the short-term, says a report.

International rating agency Fitch on Wednesday therefore retained its negative outlook on the sector, citing that fierce competition and rising capex will put pressure on most operators in 2017.

"We expect the merger of Idea with Vodafone can improve the combined Ebidta margin by 250-350 bps due to cost savings, mainly on network and marketing expenses.

The combined entity will also have a more balanced subscriber mix, as Vodafone is strong in urban areas while Idea focuses more on the rural market," Fitch said in a note on Wednesday.

"We estimate the merger would create an entity with 390 million subscribers, a leading revenue market share of around 40 per cent, revenue of $11 billion and an Ebidta margin of 28-30 per cent," it said.

However, the merger can create significant opportunities for capex savings by eliminating duplicate network investments and avoiding future spectrum auctions, as the combined entity will have sufficient spectrum to expand 3G/4G services across the circles.

An all-share merger along with a possible equity injection will strengthen the combined entity's balance sheet and provide flexibility for more capex, it said, and noted that Idea's balance sheet is stretched now with debt-equity ratio of about 5 times or at about Rs 34,000 crore (Rs 340 billion).

However, for an industry suffering from too many operators and too fierce pricing, the merger would benefit the industry in the long-term, even though Reliance Jio is likely to ensure that price competition will remain very high for at least one to two years, Fitch said.