This venture will also mark Stepathlon’s entry into the business to consumer space. 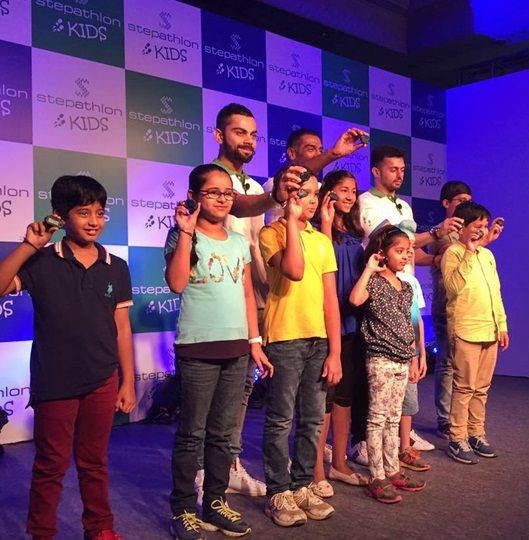 This venture will also mark Stepathlon’s entry into the business to consumer space.

The new firm, through an annual ‘30 Day Race’ around a virtual world, will urge children to take 15,000 steps a day, in a bid to have a healthy lifestyle and to create long-term positive behaviour.

According to a study commissioned by the World Health Organization in 2014, as many as 22 per cent of children in India are obese and facing health issues.

Stepathlon Kids will be focused on building children’s holistic health – encouraging of physical activity and educating them on nutrition, exercise, stress and more. Kohli will play a role in creating widespread awareness.

The company will begin with the launch of a nationwide, 30-day, pedometer-based, mass participation virtual race, built to promote fitness among children.

Initially, targeting the eight to 12 years age bracket through this campaign, Stepathlon Kids’ target for the first year is to reach 50,000 children, aiming to use technology positively in reaching out via a gamified environment.

It will, they say, encourage teamwork and healthy competition, while being educational and fun.

Children will be given pedometers to track their steps during the 30 Day Race. These steps when entered on the Stepathlon Kids website get converted into distance and the team will move across a map of the world.

While the company will be announcing the price points at a later date, it will initially see revenues generated from a combination of sponsorships, partnerships and participation fees.

Media, both traditional and new, are potential commercial platforms and in the medium to long term, licensing and merchandising is expected.

Ravi Krishnan, co-founder and chief executive of Stepathlon Lifestyle, said: “With Stepathlon Kids, we aim to ingrain health and wellness in them at an early stage, to build a foundation that will last them a lifetime. Virat has been through a personal fitness transformation and we are proud he's chosen Stepathlon Kids to build a healthier nation...we can build on the phenomenal success Stepathlon has had in the corporate space.”

Talking about the association and the need for creating larger awareness around children health in India, Virat Kohli said: "Stepathlon Kids is a first of its kind and much needed offering in our country, and I'm sure Stepathlon will replicate the success it has witnessed in the corporate space. I will be substantially involved in the development and promotion of Stepathlon Kids to achieve our goal to create a healthier nation through the future of India - our kids."

Amit Sajdeh, chief executive, Cornerstone Sport and Entertainment Pvt Ltd, said: "Ravi and I have known each other for close to 15 years now and we have been looking for the right opportunity to work together and we have found that with Stepathlon Kids. Stepathlon's success in the corporate space has been inspiring and this is the right step for us to create positive impact on future generations. Virat and Cornerstone are extremely thrilled to be part of this path breaking initiative." 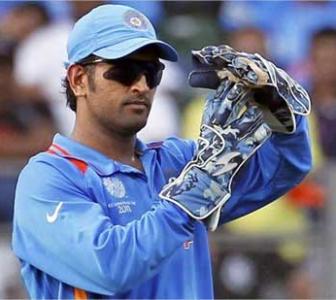 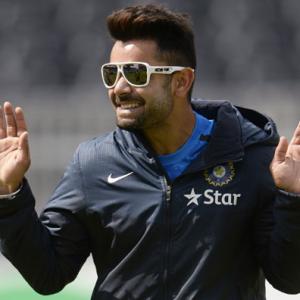