Edtech unicorn Vedantu has laid off 385 employees, nearly 11.6 per cent of the company workforce, according to sources.

This move is being seen as part of a drive in the edtech sector towards profitability via cost-savings and consolidation, as funds dry up, they said.

The Bengaluru-based firm has laid off over 1,100 employees (both full-time and contractual), so far, this year.

The edtech sector is in a crisis amid falling valuations, fewer funding rounds, and faltering investor sentiment.

“Vedantu has laid off employees to reduce the burn rate and prioritise profitability over growth,” said a person familiar with the matter.

Vedantu now has around 3,300 employees, after this third round of lay-offs this year.

People have been laid off across various departments but verticals, such as human resources, learning, and content, have been impacted the most.

Vedantu’s co-founders and a few members of the leadership team have also taken a 50 per cent pay cut.

The firm had previously laid off 100 full-time employees from its sales team in August this year.

Another 624 full-time and contractual employees were fired in two batches in May this year.

Benefits that the firm is offering to the laid-off employees include extended health benefits for self and family.

They may also receive voluntary outplacement service support, according to sources.

These layoffs are happening at a time when offline schools and colleges have reopened and learning has started to follow a nuanced blended delivery model with a mix of online and offline.

Last year in September, Vedantu, a pioneer in live-online tutoring, became a unicorn after it raised $100 million in its Series E round, from investors, such as ABC World Asia, Coatue, and Tiger Global.

These funds were primarily used to strengthen product engineering functions, as well as to expand into newer categories through both organic and inorganic routes.

The capital was also expected to help it to compete with multiple edtech players, such as Byju’s, Unacademy, Simplilearn, and upGrad.

In October this year, Vedantu said it has bought a majority stake in Deeksha (Ace Creative Learning) for $40 million.

Deeksha is a leading test preparation platform in Karnataka for board and competitive exam coaching for students of Classes XI and XII.

Vedantu is not the only edtech firm that has fired employees.

In November this year, rival company Unacademy conducted a fresh round of job cuts and laid off 350 employees or 10 per cent of its workforce of 3,500, as the SoftBank-backed edtech firm targeted profitability and cost reduction, according to an internal note sent by Gaurav Munjal, co-founder and CEO, to the staff.

Edtech giant Byju’s is set to lay off nearly 2,500, or 5 per cent, of its employees as part of an “optimisation” plan.

The move by India’s most valuable start-up comes amid a funding winter and steep losses.

FrontRow, which is focused on non-academic learning, laid off almost 75 per cent of its workforce in engineering, product, and sales and marketing verticals.

The move was part of the Bengaluru-based firm’s plan to reconsider cost structures.

FrontRow sacked about 145 full-time and contractual employees in May this year.

Its headcount reduced to about 45 people after the second round of lay-off. 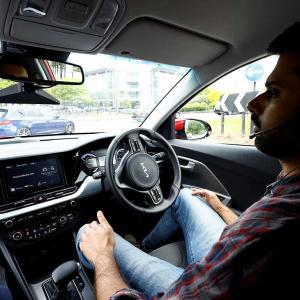 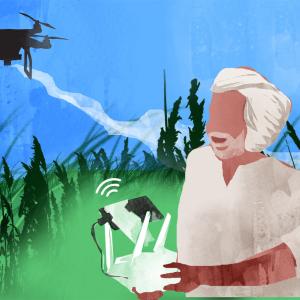 How drones can give wings to farmers