One indictment accuses Huawei of trying to steal trade secrets from T-Mobile, and of promising bonuses to employees who collected confidential information on competitors. A second indictment claims the company worked to skirt US sanctions on Iran. 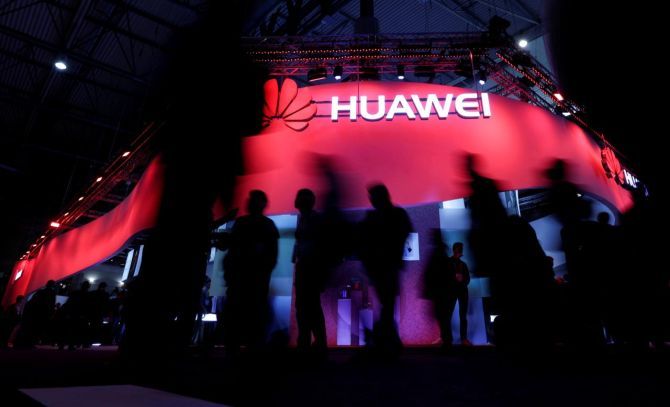 The US has charged Chinese telecom giant Huawei with a series of crimes including stealing trade secrets, a move that can escalate hostilities between the world's biggest economic powers and complicate efforts to negotiate an end to their bruising trade war.

The charges were unveiled ahead of crucial trade talks between American and Chinese officials on January 30 and 31.

The charges are likely to raise tensions between China and the US.

However, the White House on Monday denied that there was any link between the two.

The Justice Department on Monday unsealed two cases against Huawei that detail a slew of allegations.

One indictment accuses Huawei of trying to steal trade secrets from T-Mobile (TMUS), and of promising bonuses to employees who collected confidential information on competitors.

A second indictment claims the company worked to skirt US sanctions on Iran.

China decried the "political manipulations" behind the US case against Huawei.

"For some time, the US has used state power to discredit and crack down on specific Chinese companies in an attempt to strangle the enterprises' legitimate and legal operations," China's foreign ministry said in a statement.

"There are strong political motivations and political manipulations behind the actions," it said.

In its 13-count indictment, the US Justice Department charged Huawei and its Chief Financial Officer (CFO) Meng Wanzhou with financial fraud.

Meng was arrested in Canada in December, and the United States is looking to extradite her.

Meng, the daughter of the company's founder, is currently out on bail in Canada.

Her case has sparked a major crisis between Ottawa and Beijing.

The indictment also accuses Huawei, its CFO, and other employees of deceiving numerous global financial institutions and the US government regarding the company's business activities in Iran.

"Today we are announcing that we are bringing criminal charges against telecommunications giant Huawei and its associates for nearly two dozen alleged crimes," Acting Attorney General Matthew G Whitaker said.

"As I told Chinese officials in August, China must hold its citizens and Chinese companies accountable for complying with the law," he said.

Another 10-count indictment in Seattle, charged Huawei Device Co with theft of trade secrets, seven counts of wire fraud, and one count of obstruction of justice.

According to the indictment, in 2012 Huawei began a concerted effort to steal information about a phone-testing robot dubbed "Tappy" of Washington based T-Mobile USA.

In an effort to build their own robot to test phones, Huawei engineers allegedly violated confidentiality and non-disclosure agreements with T-Mobile by secretly taking photos of "Tappy", measuring it, and even stealing a piece of it so that they could try to replicate it in China, the indictment said.

The indictment alleges that Huawei was offering bonuses to employees who succeeded in stealing confidential information from other companies.

Huawei "intentionally" conspired to steal the intellectual property of an American company in an attempt to undermine the free and fair global marketplace, said FBI Director Christopher Wray.

"To the detriment of American ingenuity, Huawei continually disregarded the laws of the United States in the hopes of gaining an unfair economic advantage.

“As the volume of these charges proves, the FBI will not tolerate corrupt businesses that violate the laws that allow American companies and the United States to thrive,” he said.

Huawei and its CFO broke the US law and have engaged in a fraudulent financial scheme that is detrimental to the security of the United States, said Homeland Security Secretary Kirstjen Nielsen.

"They willfully conducted millions of dollars in transactions that were in direct violation of the Iranian Transactions and Sanctions Regulations, and such behaviour will not be tolerated," she said.

Commerce Secretary Wilbur Ross alleged that for years, Chinese firms have broken the US export laws and undermined sanctions, often using the US financial systems to facilitate their illegal activities.

"This will end. The Trump administration continues to be tougher on those who violate our export control laws than any administration in history," Ross said.

"This indictment shines a bright light on Huawei's flagrant abuse of the law - especially its efforts to steal valuable intellectual property from T-Mobile to gain unfair advantage in the global marketplace," said First Assistant US Attorney Annette L Hayes of the Western District of Washington.

After T-Mobile discovered and interrupted these criminal activities and then threatened to sue, Huawei produced a report falsely claiming that the theft was the work of rogue actors within the company and not a concerted effort by Huawei corporate entities in the US and China, the indictment said.

Another grand jury in New York returned an indictment alleging 13 additional crimes committed by Huawei, its CFO, its affiliate in Iran, and one of its subsidiaries here in the US. The criminal activity alleged in the indictment goes back at least 10 years and goes all the way to the top of the company.

Beginning in 2007, Huawei employees lied about Huawei's relationship to a company in Iran called Skycom, falsely asserting it was not an affiliate of it.