The lawsuit seeks to overturn these sweeping and unlawful immigration restrictions that are an unequivocal not welcome sign to the engineers, executives, IT experts, doctors, nurses, and other critical workers who help drive the American economy. 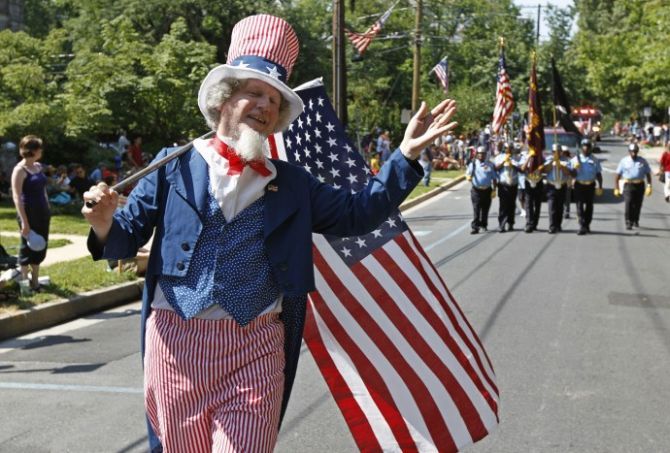 Five top trade bodies, including the US Chamber of Commerce and National Association of Manufacturers, have filed a lawsuit challenging the presidential proclamation suspending for the rest of the year new non-immigrant visas that include the H-1B, the most sought-after among Indian IT professionals.

In his proclamation last month, President Donald Trump banned the entry into the US of workers in several key non-immigrant visa categories, including the H-1B, arguing that they eat into American jobs during the COVID-19 pandemic.

Denying access to non-immigrant workers deprive American businesses of the talent they need.

It also has far-reaching repercussions in today's competitive market for talent, said the lawsuit filed by National Association of Manufacturers, US Chamber of Commerce, National Retail Federation, TechNet, and Intrax.

The lawsuit seeks to overturn these sweeping and unlawful immigration restrictions that are an unequivocal "not welcome" sign to the engineers, executives, IT experts, doctors, nurses, and other critical workers who help drive the American economy, said US Chamber of Commerce CEO Thomas Donohue.

Ahead of the presidential proclamation, Donohue in a letter to the White House had said that there were many other sectors of US economy that rely upon the contribution of foreign nationals working in America.

One of the visa categories impacted, H-1B, is used predominantly by employers seeking to hire and retain individuals working in these fields, and in computer-related roles.

Banning these individuals from entering the United States is thus not a remedy to current unemployment levels, said the lawsuit.

Businesses across industries are very concerned about the potential disruptions that will be caused if they can no longer employ valued employees that work here under the following visa classifications: H-1B, L-1, H-4, F-1 Optional Practical Training (OPT), and H-2B.

Similarly, companies that rely upon investment dollars from the EB-5 Immigrant Investor Program are concerned about restrictions being imposed upon those individuals that have invested in their businesses.

Shutting these individuals out of the chance to contribute to an economic recovery is misguided for a host of reasons, Donohue said.

National Association of Manufacturers senior vice president and general counsel Linda Kelly said that these overreaching, unlawful restrictions did not just limit visas, but will also restrain US economic recovery at a time when the very future of the country hangs in the balance.

“Manufacturers and programme sponsors are going to court because these restrictions are far outside the bounds of the law and would deal a severe blow to our industry. We cannot let this stand," he said.

"Our industry should be laser-focused on leading our recovery and renewal, but these visa restrictions will hand other countries a competitive advantage because they will drive talented individuals away from the United States.

“These restrictions could harm every corner of our economy, as evidenced by the broad coalition that has come together to oppose them," he added.

"This proclamation is meant to protect American jobs but instead it threatens the millions of rank-and-file workers whose jobs rely on experts coming up with the latest technology to keep retail moving forward.

“Advanced computer and IT jobs are already hard to fill, and retailers need to be able to bring in talent from wherever they can find it.

“This sweeping measure could have a significant negative impact on their ability to do that," he said.

The Exchange Visitor Program enhances US national security by building mutual understanding that helps "us address critical international issues while strengthening the US economy," Intrax president Marcie Schneider said, adding that these overreaching restrictions will sharply curtail cultural exchange programmes at just the time when they should be increasing connections between people around the world.

According to the lawsuit, denying American businesses access to international labor markets is inflicting swift and severe harms.

Companies are unable to move employees who have developed special expertise outside the United States into domestic roles, where they would otherwise help expand operations, develop new products, and contribute to the hiring of domestic workers, it said.