The nine-member jury found in an Oakland, California court on Wednesday that the TCS did not have a "pattern or practice" of intentionally discriminating against non-South Asian workers due to their race or national origin. 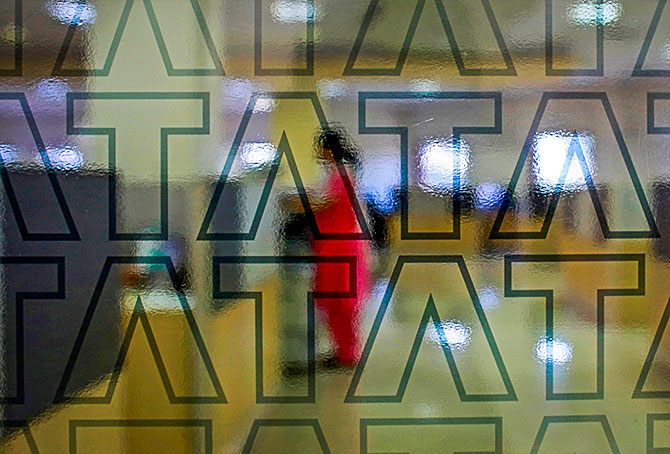 In a significant victory for the Indian IT outsourcing industry, a California jury unanimously sided with Tata Consultancy Services, saying the Indian consulting major did not discriminate against non-South Asian workers in the US as alleged in a lawsuit.

According to a report in legal news portal law360.com, the unanimous nine-member jury found in an Oakland, California court on Wednesday that the TCS did not have a "pattern or practice" of intentionally discriminating against non-South Asian workers due to their race or national origin.

The verdict came after one day of deliberations, ending a trial that began on November 5 over a class action lawsuit brought by three former TCS employees, Christopher Slaight, Seyed Amir Masoudi and Nobel Mandili, who claimed in the suit that they received fewer work opportunities and were eventually fired because of their races and national origins.

The suit also alleged that the TCS let go of 78 per cent of its non-South Asian workers who were taken off job assignments, or "benched" from work, between 2011 and 2014, while only 22 per cent of benched South Asians were fired, even though they made up half of the company's US workforce.

It added that in closing arguments, Tata's counsel Terry Garnett of Loeb & Loeb LLP, argued that the company's employment data show there's been a 400 per cent increase in local hires since 2011.

Garnett also said at trial that most of the workers who alleged they had been fired were let go for refusing to relocate for a job.

A report in the East Bay Times quoted Garnett as saying that the nine-member jury unanimously ruled that TCS "did not discriminate on the base of race or national origin."

The report cited a Tata representative as saying that they have always believed the claims in the case were baseless and are gratified that the jury agreed.

The verdict came as the Trump administration is doubling down on immigration and its tough stance is impacting companies from hiring and retaining foreign workers on the H1B work visas, which is the most-sought after among Indian IT professionals.

TCS Thursday said that its employee hiring and retention practices are based purely on capabilities, "irrespective" of background or national origin, as a US jury ruled in favour of the company in a case involving charges of discrimination.

"We have always maintained, the claims made in this case were baseless and we are gratified that the jury agreed...So the decisions we make about the hiring and retention of employees are based purely on their capabilities and fit in serving our customers' business needs," a Tata Consultancy Services spokesperson said in a statement in New Delhi.

The success of TCS rests on the talents, expertise and deep industry knowledge of its employees, who help customers in growth and transformation journeys, the spokesperson added.

The company asserted it will continue to invest in its people, impart digital training and empower them to succeed at TCS and enable customers' success, "irrespective of their background or national origin".

Describing itself as a "global company", TCS said that United States -- where it has been operating for over 40 years -- is the world's business and technology leader and very important to the company.

"Skilled American workers are critical to the success of the US business and to the nation's economic success, and we will continue to invest heavily in the country's workforce, academic alliances and our extensive youth STEM education initiatives," the TCS spokesperson said.