Govt must discipline the spending habits of Union ministries

The proliferation of schemes is a result of the competitive populism that underlies political rivalries in India, notes Nitin Desai. Many years ago there was a popular song from an American musical that went: "Anything you can do, I can do better."

This seems to be the theme of Arun Jaitley's expenditure Budget.

He may even have outdone the previous government in including hastily cobbled-together schemes - many with patently inadequate funding - that took over an hour to list in bullet points and taxed the listener's concentration.

The standard provision for these haphazard additions to the central government's already untidy portfolio of schemes seems to be Rs 100 crore (Rs one billion) each.

So Mr Jaitley has provided Rs 100 crore (Rs one billion_ for starting work on good governance (yes! see page seven of the Budget highlights); and another Rs 100 crore for a technology development fund for defence - the same as he has provided for a new scheme for promoting entrepreneurship amongst rural youth, or for modernising madrasas.

There are some 20-odd schemes with this default provision, or something close to it.

They are almost certainly just vague ideas that sounded good, such as setting up virtual classrooms as Communication Linked Interface for Cultivating Knowledge, or CLICK - the catchy acronym must have secured it the default Rs 100 crore.

The provision for some of the new schemes, where the support must have come from the top, is substantial: such as Rs 7,060 crore (Rs 70.60 billion) for 100 smart cities; Rs 1,000 crore (Rs 10 billion) for Pradhan Mantri Krishi Sinchayee Yojana for assured irrigation; Rs 2,142 crore (Rs 21.42 billion) for a new scheme, Neeranchal, to give impetus to watershed development, which incidentally is part of any number of existing schemes; and Rs 2,037 crore (Rs 20.37 billion) for Namami Gange, the Integrated Ganga Conservation Mission. But all of them need to be connected with existing schemes that serve similar purposes.

Most of these central schemes have to be implemented by the states.

One wonders what sort of consultation took place before the schemes were included in the Budget, or whether any attempt was made to see whether the laudable objectives served by the scheme were already included in the many existing schemes, which could have been better provisioned and tweaked to include activities that were earlier not covered.

A government that believes in minimum government and maximum governance, as well as in empowering states, must remember that every new scheme it introduces means one more joint secretary or deputy secretary at the Centre, and more forms to be filled and reports to be filed by harassed state-level and district-level officers.

What we need are not new schemes, but massive rationalisation of existing schemes and effective decentralisation to state governments and local authorities.

The proliferation of schemes is a result of the competitive populism that underlies political rivalries in India.

Every administration - in fact, every minister - wants to leave a mark in the patchwork quilt of public expenditure. This variety of populism was started by the Congress beginning with the 10-point and 20-point programmes during the Emergency.

The next step of naming schemes after national or party icons was also taken by the Congress. Had the National Urban Renewal Mission not carried the name of Jawaharlal Nehru, it may have been easier to fold the new things that the Modi Sarkar wants to do into the fabric of the existing scheme.

But because the Jawaharlal Nehru National Urban Renewal Mission is identified in its very nomenclature with the Congress, this administration will insist on a new scheme.

Mr Jaitley promised us an expenditure management commission, which suggests that, despite the temporary surrender to special interests in the party and the bureaucracy, he intends to clean up the public expenditure mess.

The mandate of this commission must be broad enough to cover the procedures for approval and implementation for all categories of expenditure - Plan and non-Plan. It should propose measures that can contain the tendency to prepare a new scheme when the earlier one has failed to deliver, say, by requiring an independent evaluation of the old scheme as an integral part of the preparation and approval of the new scheme.

It should recommend the consolidation into sector-level schemes that can readily accommodate new goals or activities.

The commission must also consider caps on rates of growth of spending specified at the ministry level to contain the enthusiasm of politicians for new schemes.

The most important matter the commission needs to examine is the role of the states in the formulation of schemes they will be required to implement.

Centrally sponsored and central schemes dealing with matters within the constitutional competence of states are in effect conditional transfers - the states will get the money if they do what the Centre wants.

These conditional transfers now far exceed the block transfers in the form of central assistance.

The commission must consider limits on these conditional transfers from the point of view of constitutional propriety and the burden on the states to find matching funds.

There is a broader reason for this concern about public expenditure control. The Indian state has expanded its spending commitments, particularly for a plethora of welfare schemes, without expanding its command over the resources of the economy.

And this is with Budget numbers that require a sharp increase in the tax-GDP ratio to 10.6 per cent. Everything else is financed by non-tax revenues, sale of public assets and borrowings.

This is not sustainable. The demands from defence, the high-cost prestige schemes promised in the Budget and the impending bomb of the Seventh Pay Commission will push public finances beyond sustainability.

A government that wants to stabilise the economy, and accelerate growth and development has to ensure far greater efficiency in the deployment of public resources.

It must also increase the command over resources by raising the tax-GDP ratio beyond the 11.2 per cent by 2016-17, as promised in the Budget.

To be fair, Mr Jaitley's Budget has made a good beginning on reforms in tax administration and in capital markets.

But to realise the goal of low inflation and high growth he must discipline the spending habits of the sectoral ministries. 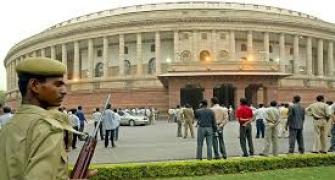 Finance Bill may be amended to address retrospectivity 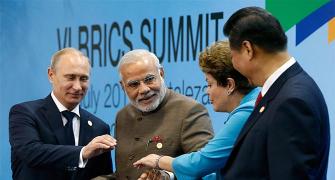 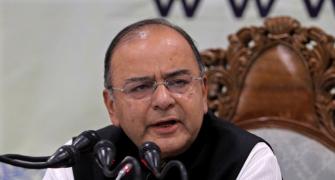 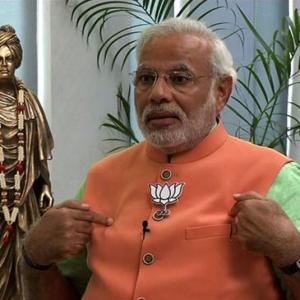